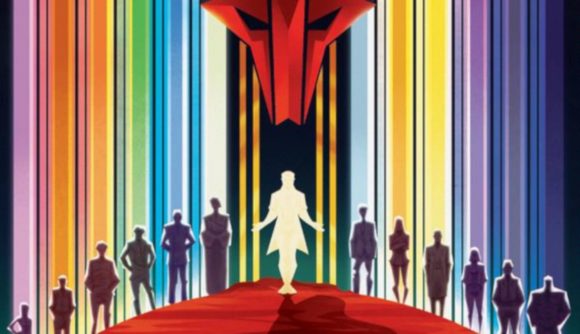 The designer of steampunk alternate-history board game Scythe, Stonemaier Games, yesterday announced release details for its next board game, Red Rising. A card hand-management game for one to six players that has you compete for political influence, Red Rising is set in the world of the eponymous sci-fi book series by Pierce Brown, incorporating  key characters from the first trilogy – and will be available to pre-order from March 2021.

Red Rising takes place in a dystopian future that divides citizens into 14 castes of various privileges and responsibilities. You will play as a member of a rising house, climbing its way through the ladder of power. Gain influence and gather more followers to bolster your social reputation, but once you’ve reached the top of the pile you’ll have to decide whether to break the shackles of injustice or cement your place in the caste system by joining the highest echelon of the ‘Golds’.

Stonemaier says Red Rising is a game of combo-building as well as hand management, as players strategically place down cards to gain more followers and advance their house’s interests before, their opponents can climb to the top of the greasy pole of influence. Managing a hand of five cards, you’ll be playing a card each turn to activate one of the locations on the game’s board, gaining its benefit and bolstering your political machinations.

A collector’s edition of the board game will be available to pre-order directly from Stonemaier Games in March, with the standard version launched through retailers a few months after.

Both versions will feature identical gameplay, but the collector’s edition will include special, fancier components – the contents of which Stonemaier is currently keeping under wraps. 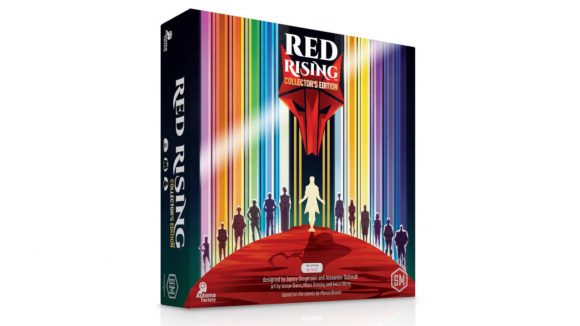 The first novel of the Red Rising book series follows the exploits of Darrow, a worker from the ‘Red’ cast who is forced to work in the mines of Mars before being conscripted into an insurrection that attempts to topple the oppressive caste system. The Red Rising series currently comprises two trilogies of books, with the sixth book of the final trilogy yet to be released.

In a blog post, Stonemaier Games confirmed that many characters of the first Red Rising trilogy will make an appearance in the upcoming board game, but the game will not cover the same plot. In the same blog post, the firm pointed to a supporter-made personality quiz, designed to determine which house of the Red Rising universe is most likely to recruit you. You can take the quiz here and see what oppressive political class suits you!

Interested in expanding your board game portfolio? Read our guide to the best board games for adults.