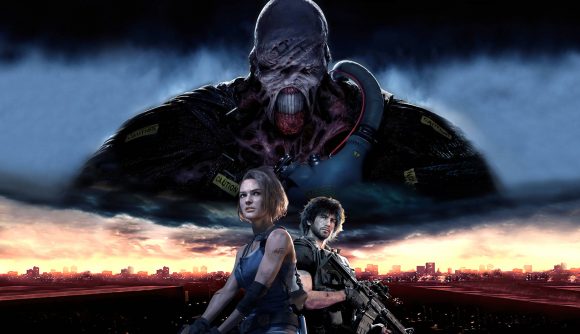 Zombies galore will be making their way to your tabletop this Autumn, as the Resident Evil 3 board game launches its retail release. Successfully kickstarted by publisher Steamforged Games last year, the board game adaptation of the popular 1999 videogame (and its 2020 remake) is available to pre-order now, along with its first expansion pack.

A dungeon-crawler for one to four players, Resident Evil 3: The Board Game hands you control of Jill Valentine and Carlos Oliveira – alongside two of their mercenary chums – to fight your way through scores of mutated monsters and escape Racoon City. You’ll be leveraging your character-specific abilities, navigating random events, and carefully watching your ammo in typical survival horror fashion.

The game is played across several scenarios that form a complete campaign – although they can be played in one-off sessions or in a random order – and carries over the ‘tension deck’ mechanic from its predecessor Resident Evil 2: The Board Game. That particular pack of cards will influence the number of enemies that appear in future scenarios, and often throw up events based on your past actions.

Of course, there’ll also be Nemesis chasing you to bash, break, and chomp your bones, who can mutate into a second, more brutal form for added punch. Alongside his mug, you can also expect to see zombie dogs, parasitic Drain Deimos, and the Grave Digger boss. 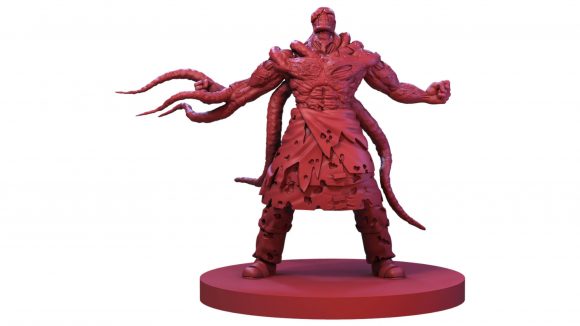 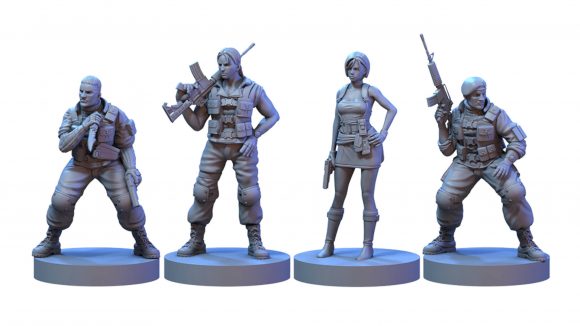 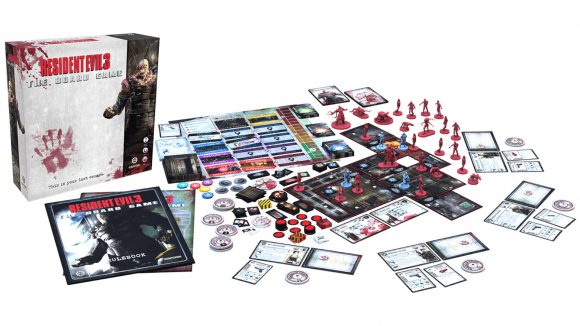 Joining the main game is the City of Ruin expansion, which adds more scenarios (some of which span recognisable locations of the videogame), a third Nemesis stage to fight through, and the Adult Grave Digger boss.

If you can’t wait until October, why not read our pick of the best board games to see what takes your fancy?