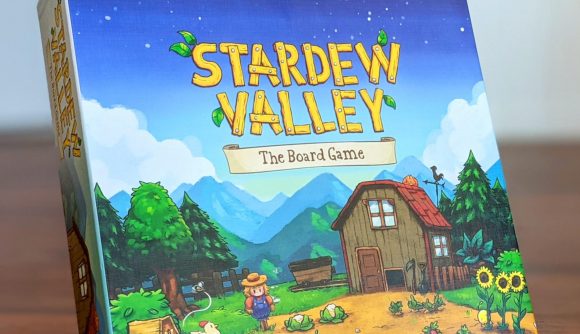 Stardew Valley: The Board Game, the tabletop adaptation of the popular video game of the same name, went through over 15 iterations and design changes before finally releasing earlier this year. Writing about the game in a dev diary yesterday, co-designer Cole Medeiros revealed some of the major changes that were made to the game during its development.

Chief among them was the removal of combat. While the videogame lets you fight various monsters throughout the tiers of its abandoned mine, monster combat was trialled in the board game before being entirely removed in favour of a pacifist exploration system. Similarly, fishing originally involved a chit-pulling system (that, usually, has players randomly draw tokens to determine the actions available to them) but was replaced by a simpler blind tile-drawing mechanic. The game’s ‘starting tools’, too, which distinguish each player by their profession, at one point had a tech tree and resource costs, in lieu of its final, linear upgrade system.

Alterations were also made to the appearance of the game. Its board was originally broken into distinct regions, before being replaced by a single map containing several locations connected by paths; and the central community centre was represented by large tiles that were flipped every time a room was restored, rather than a row of cards at the top of the board.

“I came up with a lot of things that didn’t work at all,” Medeiros said in the dev diary posted on BoardGameGeek. “Sometimes I came up with excellent ideas, but they were way too complicated. I condensed down the strengths of these ideas and tossed out the weaker parts to arrive at what is currently in the game.”

At the beginning of the game’s development, neither he nor series creator Eric Barone knew what style of board game the pair wanted to make, but outlined several of its core elements – such as collecting, constructing buildings, meeting characters, and planting crops – that they tried to translate to the tabletop. 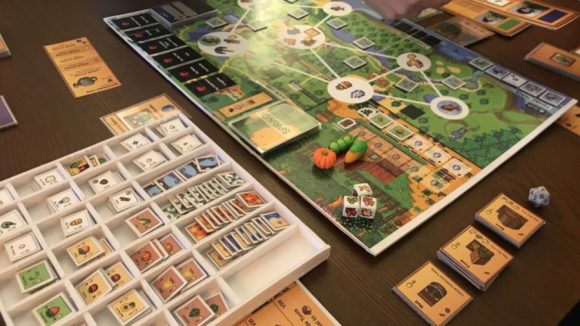 “My first prototype was not even a playable game,” Medeiros said, “just some pieces and cards near a clunky looking board. Tracking the time and the seasons seemed very important, so I had a track for that.”

“Over the next year or so, we would move through something like 15+ different iterations. These were wildly different games and ultimately not in the right direction. Eventually, something started to emerge and it stuck, and we began to iterate on the smaller systems and mechanisms. We wanted each area of the game to feel different. Fishing should not feel the same as mining, for example.”

Medeiros also emphasised the importance of collaboration to the game’s design. A co-operative board game, the pair wanted players to discuss their intentions with each other every turn, but also to be continuously challenged by the game. According to his design philosophy, players should expect to lose on their first run at the Stardew Valley board game, and still find it challenging after several playthroughs. 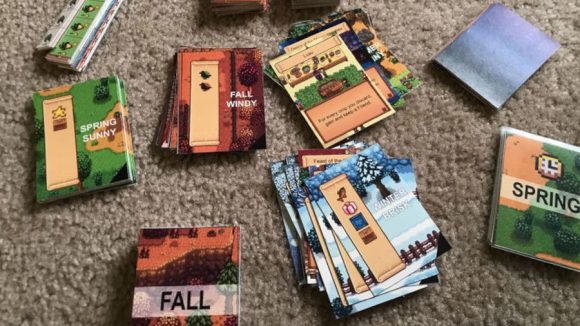 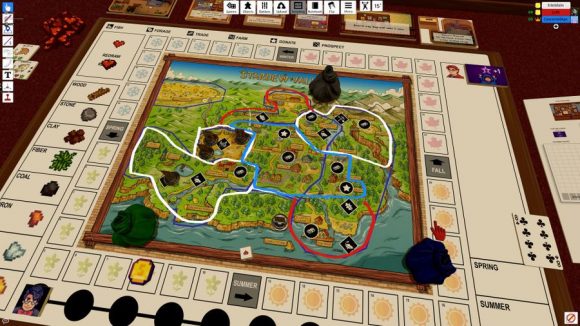 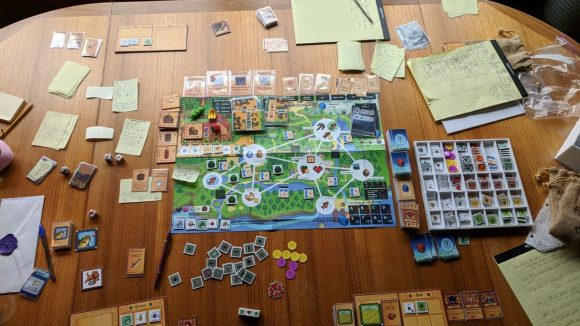 After the core gameplay was smooth over, it’s artwork also went through a process of massive iteration. In total, Medeiros estimates, several hundred pieces of art were created for the game, with many revisions made to the villager character portraits.

Stardew Valley: The Board Game was released back in February this year and sold out its first print run in less than 24 hours. A second, revised printing went live earlier this month, with some minor rules changes and additional accessories in the box.

Read our review of the Stardew Valley board game if you fancy yourself some tabletop adventure, or take a peek at our pick of the best board games to play in 2021 for a rounded list.