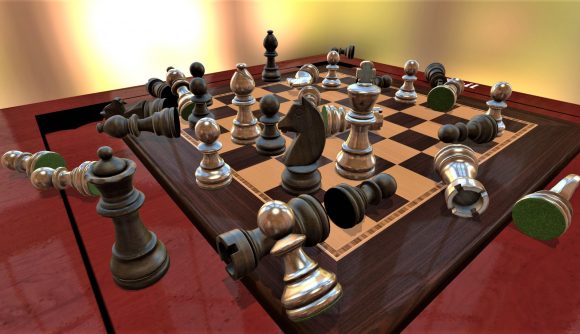 Tabletop Simulator (TTS), the popular PC-based virtual tabletop gaming platform from publisher Berserk Games, has received around 300 new Steam reviews (both positive and negative) in the last 24 hours, amid growing controversy over allegedly homophobic and transphobic conduct in moderating its in-game chat.

The furore was triggered by a series of tweets from Twitter user @XoeAllred on Friday, January 7. These contained in-game chat screenshots and screen-grabbed Discord messages with a TTS community moderator, which she argued showed the firm disproportionately censoring LGBTQIA+ users in TTS’ global chat window.

The game screenshots (which seem to show her account repeatedly being kicked from chat for using the word “gay”, while using words like “straight” and “cis” was ignored) combined with her subsequent, documented interactions with TTS community moderator CHRY, have led to a weekend of mounting online controversy surrounding the game, which is now expressing itself in Steam review form. @XoeAllred has published a live Google Doc containing all the screenshots, message transcripts, and her own commentary, which has since been widely shared on social media and is readily accessible via her tweets.

Most inflammatory was a Discord screenshot from January 7, which shows CHRY telling her: “Tabletop Simulator is about playing tabletop games, not a place to discuss sexuality, fetishes, politics. Keep that to your private lobbies or public chats where these things are the topic at hand.”

It's been a rough day. It's official, @BerserkGames says it's fine to chat off topic, as long as it isn't "offensive" or "disruptive", but sharing you're gay or trans is inappropriate. It's "not a place to discuss sexuality, fetishes, politics."

I've taken down all my TTS mods. pic.twitter.com/y8aTyXyILX

Berserk Games tweeted a written statement on Sunday (two days later) apologising for the “handling of a user being ban [sic] from global chat”, saying it had suspended global chat in Tabletop Simulator “as we reassess our moderation process as clearly, we have some shortcomings”.

In the statement, Berserk disavowed itself of CHRY’s conduct, saying “Tabletop Simulator has not and does not condone equating sexual orientation / gender identity with fetishes, politics, or anti-family friendly sentiment”.

CHRY tweeted out their own linked statement on Monday apologising for any “emotional hurt” caused by their “poorly thought-out responses”, but denying having “transphobic beliefs”, insisting that “neither I nor Berserk Games have ever held the belief that transgenderism is equivalent to fetishism, or that identity should be suppressed”.

It’s currently unclear whether any formal action has been taken by Berserk against CHRY over this matter. 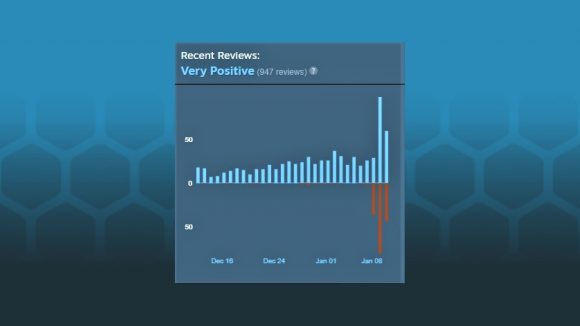 The sudden spike in new reviews over the past two days appears almost exclusively fuelled by this controversy. Large numbers of the most recent negative reviews explicitly accuse Berserk Games of being “bigoted” or “transphobic” over the news, while the new positive reviews are equally dominated by openly transphobic users congratulating the studio for what they see as supporting their anti-trans views. A few negative reviews are also from transphobic users, criticising Berserk Games for issuing an apology.

At press time, many of these public reviews also include transphobic hate speech – which we will not reproduce here – but have not yet been removed by Steam.