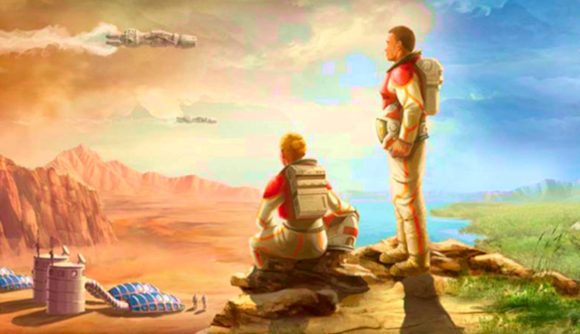 Jacob Fryxelius’ 2016 strategy board game Terraforming Mars is getting the spin-off treatment, bringing the original game’s colonial settlement-building to a standalone card game. Hitting Kickstarter yesterday, Terraforming Mars: Ares Expedition centres on similar interplanetary corporate space-settling, but introduces a bigger focus on card drawing and playing, as opposed to the original’s tile-centric gameplay. The game has already surpassed its $20,000 Kickstarter campaign target, and received 5,000 backers in five hours. The campaign will be live until March 5.

Kickstarter backers get access to the new game,with its bevy of cards, tokens, player progress boards, and, despite selling itself as a card game, a central game board on which tiles track your terraforming progress. Higher pledge levels will also nab you the original Terraforming Mars board game and its many expansions, and Kickstarter backers will receive additional cards that won’t be included in the game’s retail release.

Terraforming Mars: Ares Expedition can be played solo, or with two to four players, and in fact includes both a dedicated solo mode, and a two-player cooperative variant. Whichever mode you choose, you’ll control an interplanetary corporation, seeking to change the oxygen, oceans, and temperature of Mars to make it inhabitable for human settlers – while earning some sweet profit in the process.

It’s an engine-building card game, in which you gradually accumulate income and resources, research discoveries, and build projects in your effort to colonise the planet. The central board tracks Mars’s changing levels of habitability, as you and your opponents manipulate the planet’s biome through careful card plays. Contribute enough to the terraforming effort, and you’ll be declared the winner by the game’s end. 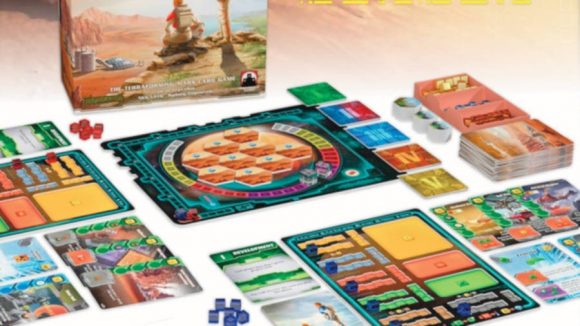 You can read a preview of the game’s rulebook here.

Terraforming Mars: Ares Expedition looks to align closely with the central mechanics of the original, and includes much of the same terminology and icons that you’ll be familiar with if you’ve ventured to the Red Planet before.

However, there are some major differences between the two games. Rather than following a turn-based structure, Ares Expedition splits gameplay into two phases – a planning phase, in which you choose your actions, and a resolve phase where every players’ decisions are acted out simultaneously. There are also none of the tile placement mechanics present in the original game, and the game is played in rounds, rather than a single match. 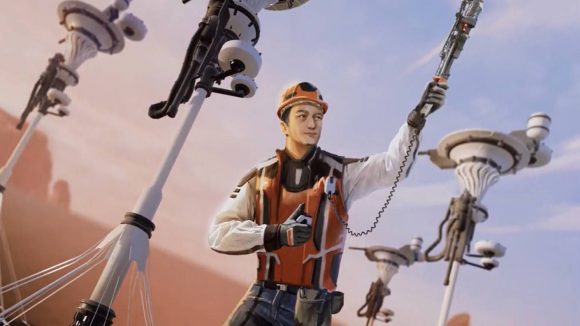 The original Terraforming Mars has become something of a classic, popular veteran board game players and those new to the tabletop. This isn’t the game’s first small step into the unknown, as it’s had a number of expansion packs, including 2017’s Venus Next and 2019’s Turmoil.