There’s a lot of Napoleonic miniature wargames out there. You don’t need to look far across the tabletop hobby space to find little plastic men wearing colourful coats, holding muskets, and topped with black bicornes. But they’re not usually surrounded by werewolves, and historical miniature games don’t often stray into the realm of occult mysticism or supernatural forces.

That’s the core idea of The Silver Bayonet, the latest miniature wargame from Frostgrave and Stargrave creator Joseph McCullough. Billed as a Napoleonic gothic horror game, it builds on the template of his past releases: two players field a small force of soldiers to battle it out in objective-driven scenarios across a narrative campaign. This time, though, there’s a fair few more ghouls, monsters, and demonic creatures bobbing about.

We spoke to McCullough ahead of the game’s release on November 11 to find out more about the game’s contents, its gothic horror theme, and the growing surge in narrative wargaming. Crucifixes at the ready.

Wargamer: For those who don’t know yet, what is The Silver Bayonet?

Joseph McCullough: It’s a skirmish wargame set in a world of Napoleonic gothic horror. Each player builds a special unit of one of the major powers of the time and recruits about 8 soldiers, drawn from all branches of the service, and occasionally stranger places. These units are tasked with learning secrets, recovering artifacts, and fighting monsters. Of course, all the other nations have their own units that are also after those secrets and artifacts.

How does The Silver Bayonet compare to your previous miniature wargaming titles, Frostgrave and Stargrave?

The Silver Bayonet uses a completely new system. I wanted the game to be just a little simpler, a little smaller, and a little less chaotic than those games. At the same time, I wanted to preserve the speed of play of those games and make sure that players still had meaningful choices to make during their turn. 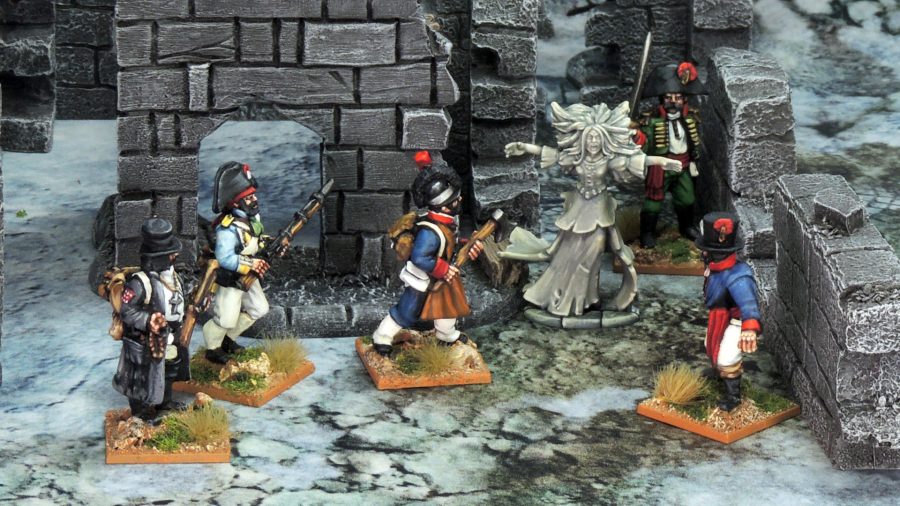 How does The Silver Bayonet’s Napolenoic gothic horror theme enter into its gameplay?

The gothic horror element shows up in pretty much every game, or at least all the scenarios included in the book. Every scenario features a ‘monster’ of some sort, be it a ghost, vampire, hobgoblin or whatnot. Some of these creatures are just dangerous brutes, but others have extremely dangerous powers. Many of these creatures are immune to normal weapons.

Every scenario features a ‘monster’ of some sort,

Thus, it is important that your unit is carrying a variety of alternative weapons, such as silver, salt, cold iron, and fire! Of course, being able to use those weapons requires a great deal of courage, and that plays into the game, as soldiers are often called upon to make Courage Checks or even Terror Checks to face their enemy.

In one of my favourite twists in the game, both players start the game with a very limited ability to control the actions of the monsters, and have the potential to gain more during play. Choosing when and where to use that ability is a key decision point during a game. 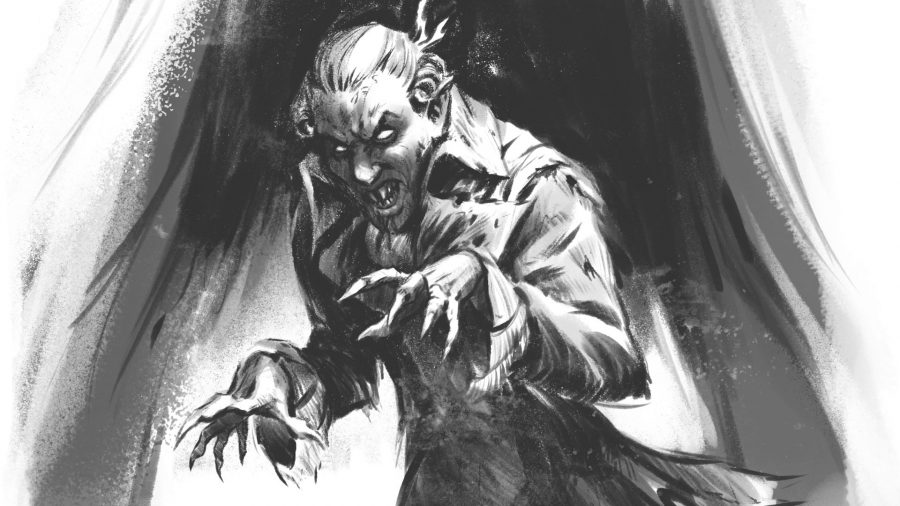 The game often encourages players to adopt a narrative in their skirmishes. How does the game combine narrative storytelling with miniature wargaming?

In general, narrative wargaming is more about mindset than it is about specific rules. At many points during the book, I discuss how to think about your unit and the game, and to give you tips on how to bring in more narrative. Rules-wise, narrative tends to come from the campaign section, in watching how your unit grows or falls apart. All the soldiers in your unit can gain experience and new abilities during a campaign, but also gain permanent injuries as well.

Tabletop treats: These are the best board games to play in 2021

So, you can really chart each individual soldier’s story. In the campaign section, there is some discussion on how you can create your own scenarios and how you can link them into a narrative campaign. 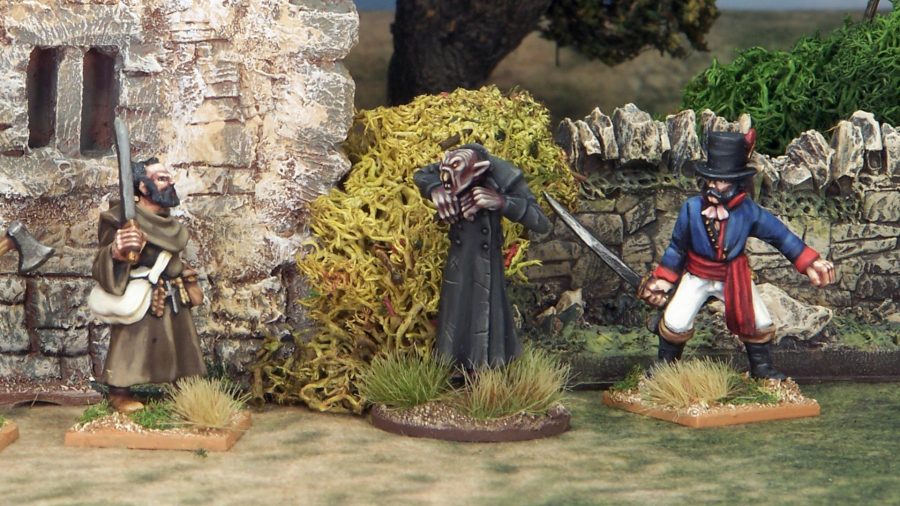 How do you think fans of Frostgrave and Stargrave will find The Silver Bayonet? Are there some surprises waiting for them?

I think players will enjoy the Fate Pool aspect of the game, which grants a limited amount of meta-control over the game, granting rerolls, allowing special actions, and controlling the monsters. This is unlike anything that is generally seen in the ‘grave games.

That said, underneath all of the rules lies the same gaming philosophy. The game is less of a tactical exercise and more an attempt to recreate action/horror movies. It’s mostly about giving players a chance to use some miniatures they’ve always wanted, to roll dice and see what happens, and to laugh. 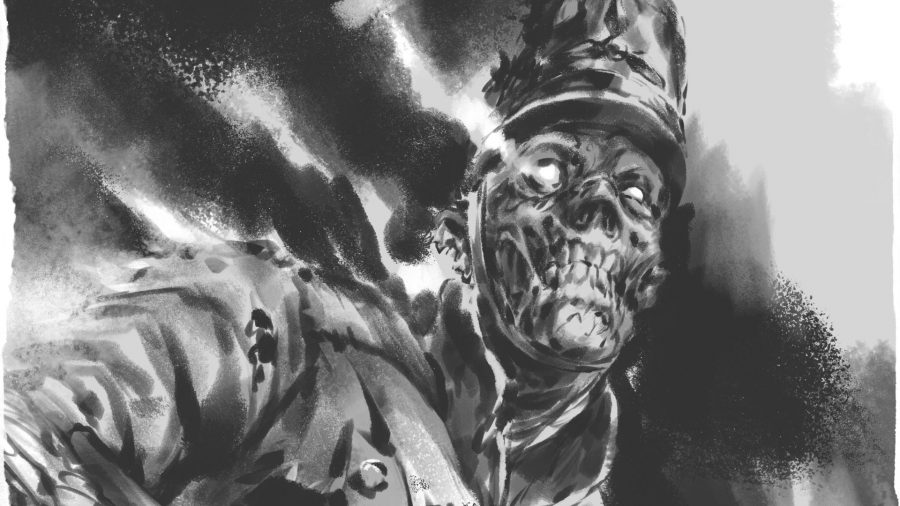 Why do you think smaller miniature wargames like The Silver Bayonet, Frostgrave, and Stragrave have become popular in recent years?

I think there are two main reasons. The first is time. As my generation of gamers has gotten older, gotten jobs, had kids, etc., there just isn’t the same time for gaming that we had in our youth. It’s rare that we can devote four to five hours to a game. We need games that can be played in one to two hours. The same goes for painting. We don’t have as much time, so it’s nice to have a ‘project’ that only requires painting 10 figures to start instead of 80. Also, these smaller games don’t require the player to keep up with the ‘meta’. There aren’t constant, important errata, or new army lists with tons of special rules, or ‘competitive army list building’. You can just play the game from the basic rulebook and everything else is optional. Some people enjoy that part of the hobby and that’s cool, but many don’t.

it’s not about winning and losing, but seeing how my unit does during the game

Sort of related to that, but less talked about it, is how we enjoy gaming. If I’m going to devote time to playing games, I want a very high likelihood that I’m going to enjoy my time. I can’t risk four hours (or usually even two) on a game when I’m not overly likely to enjoy it. So, first up, that means I need a game I am going to enjoy even if I lose. Thus, gaming becomes less about winning and losing, and more about enjoying the experience.

For me, anyway, that’s much easier to achieve in a small narrative-based game. In that, I can get caught up in the story and in the experience of my soldiers. In games of The Silver Bayonet, or Frostgrave, or Stargrave, even if I lose the game, my unit will probably still get something out of it – experience points, new abilities, some loot. Thus, even when I lose, I sort of win. Or, put a different way, it’s not about winning and losing, but just seeing how my unit does during the game – getting to follow along in their adventures. 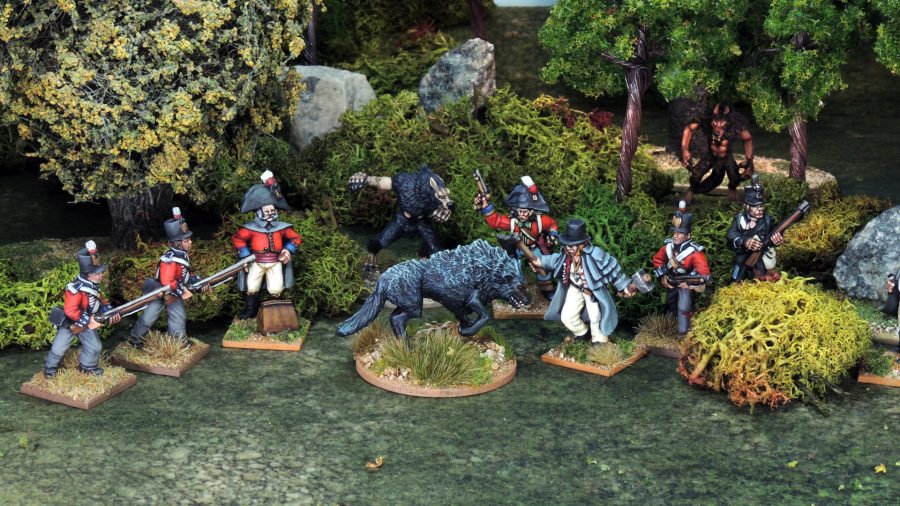 What were the inspirations for the game’s gothic horror theme? Did you draw on any particular novels, films, or other media?

I’ve read most of the gothic classics in my life – Dracula, Jekyll and Hyde, Hound of the Baskervilles – and been a fan of the classic D&D setting Ravenloft. Combine all that with The League of Extraordinary Gentlemen comics and a heavy dose of the Sharpe films, and there you go!

Do you have any plans for supplements or expansions for The Silver Bayonet?

Not at the present, but who knows what the future may bring!