The stakes are high: my band of elite monster hunters have taken a beating during their sprint across the forest floor. Enemy musket fire is wearing them thin, while most have already fired their precious shot. If they just can push through to the nearby barn to claim the next Clue Marker, the game will be mine. Of course, it doesn’t quite go to plan. A werewolf hiding inside is already muzzle-deep in my Grenadier by the time my enemy’s hunters have surrounded the building.

This is The Silver Bayonet, the new gothic horror miniature wargame from Joseph McCullough, who’s best known for designing beloved fantasy skirmisher Frostgrave, and its sci-fi follow-up Stargrave. Mixing the musket balls of Napoleonic warfare with the occult mysticism of classic gothic literature, it’s a fast-paced tactical wargame that encourages a heavy dollop of narrative, and has very little in the way of cumbersome rules.

If you’ve played McCullough’s other titles, you’ll find The Silver Bayonet familiar enough. Assemble an eight-person band of soldiers from a list of recruits, kit out your leading officer with specialised equipment, distribute their stats, and go head-to-head in objective-driven matches. This time around, however, there’s a bunch of ghouls, ghosts, and other ungodly monsters stalking the field alongside you.

As with Frostgrave and Stargrave, its basic rules are remarkably straightforward. Most actions involve rolling two d10s against a target number, and, while there are some options for counters and opportunity attacks in combat, fighting follows the usual cycle of testing range, rolling to hit, and applying damage. There’s a tempo to the game, though – accentuated by a back-and-forth turn system that throws the action around the map. 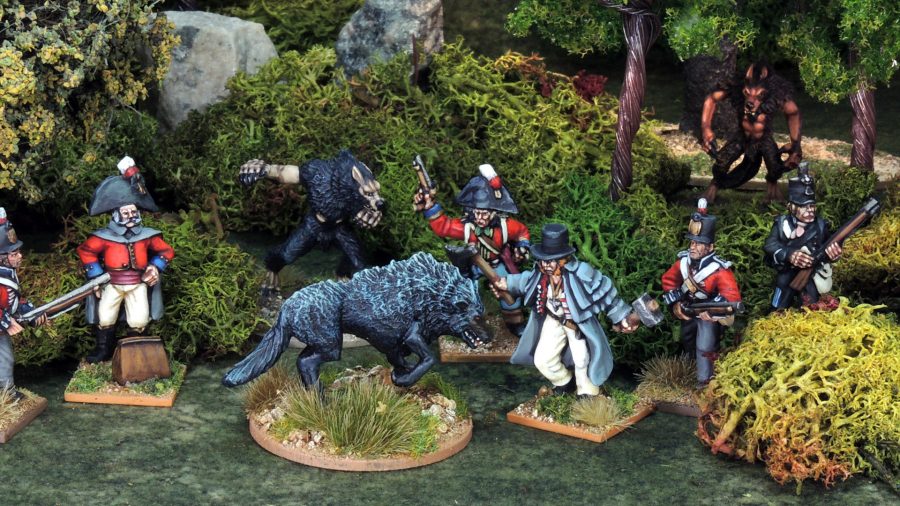 This isn’t a game that gets bogged down in stationary firefights or locked melee scrambles. You’re encouraged to move, constantly. Fired your pistol at the enemy? You’ll need to spend an action to reload, but might think it better to dive into nearby cover to escape the return shots. Trying to skirt around an enemy Highlander? Be careful you don’t get too close, or they’ll force an attack against you.

More so than anything, the rules of The Silver Bayonet are intuitive

And that’s to say nothing of the monsters lurking around the board. Most of the game’s supernatural happenings are triggered when you activate certain points of interest, called Clue Markers. They’ll often provide an advantage for completing the scenario’s objective, such as discovering an artifact you’re trying to secure, or granting a boon to your stats for the remainder. Other times, they’ll activate a flurry of monsters to descend into the fray with immediate aggression.

More so than anything, however, the rules of The Silver Bayonet are intuitive. The six stats assigned to each soldier – speed, melee, accuracy, defence, courage, and health – cleanly align to your available actions, and there are no finicky rules to internalise (or, more likely, miss after not having read the rules properly). Anytime you’re called upon to make a slightly irregular check, you’ll be told explicitly to do so by the scenario. Plus, just in case, there’s plenty of example plays listed throughout the book to clear up any confusion. 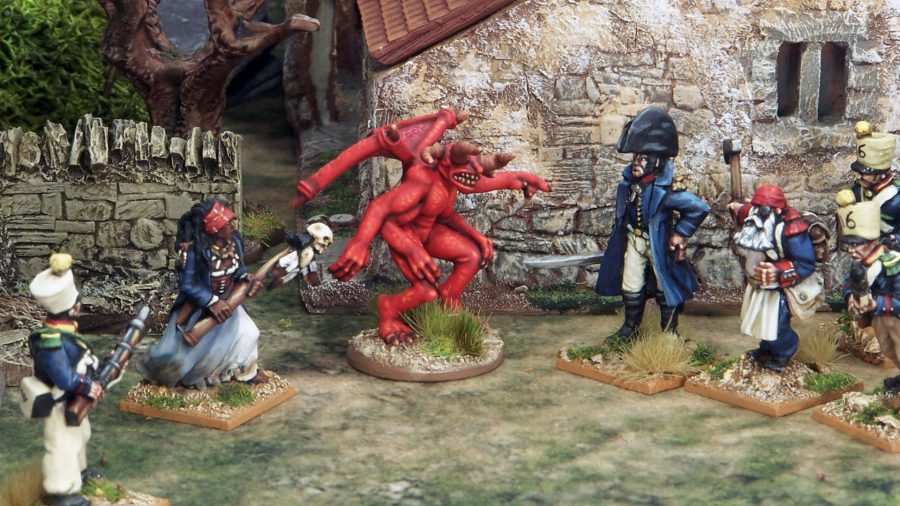 In many respects, the most exciting parts of playing The Silver Bayonet come from a feature that’s new to McCullough’s wargame roster: the Fate Pool. It’s essentially an opportunity for do-overs, letting you spend tokens to reroll important actions if they don’t go your way. It’s a simple enough trick (seen in everything from Warhammer 40k to Fallout: The Roleplaying Game), but one that leads to plenty of tense moments as you try to push your luck but, possibly, come out even worse than before.

The Fate Pool also does a good job of better integrating the monsters into the game. While they usually act as bots that follow a pre-written course of action, players can use Fate Pool tokens to bolster monsters’ strength at opportune times. You can’t decide a monster’s actions for it, but you can spend tokens to reroll its attack dice for a higher score, or negate the damage it’s been dealt so it can continue tearing its way through your opponent’s soldiers.

Best of the bunch: Check out the best board games to play in 2021

These opportunities create fantastic set-piece moments, as your marine reloads their musket for a free action before landing that pivotal shot, or you negate just enough damage from your final soldier so they can carry the scenario’s objective artifact to safety. This mix of blind luck and tactical usage ensures there’s also a chance that the tide will turn, and few games are obviously set from the start.

It’s a bit of a shame, then, that actually getting into a game of The Silver Bayonet can be a slog. The heaviest part of the game, by far, is the squad creation that proceeds every campaign. Distributing your officer’s attributes, picking out their equipment from a list of options, considering whether it’s worth taking anything from the ‘special armoury’, all before picking a balanced unit of soldiers from the long nation-specific list: it might not be as cumbersome as the preparation involved with heavier skirmish games, but it feels odd to frontload what is essentially a rules-light wargame with such a dense, administrative process. 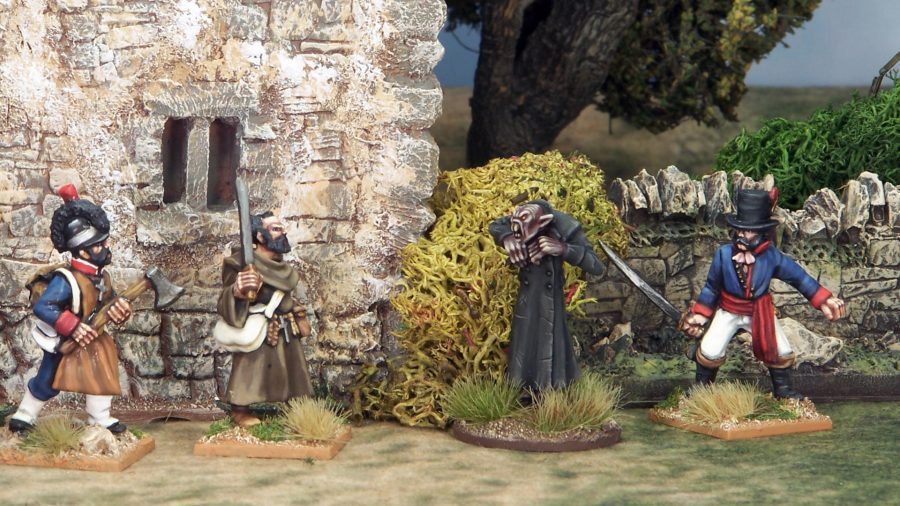 Past that point, though, new players are in for a treat. The game’s rulebook assumes that you know nothing about tabletop games; even the use of dice is given two paragraphs. Mechanics that would be familiar to existing wargamers are explained concisely but substantially; there are tips for using regular household objects as substitutions for terrain; and there’s plenty of additional advice for creating your own balanced scenarios once you’ve played through the ten competitive encounters included in the rulebook.

This extends to the narrative portion of the game, too. Although The Silver Bayonet opens with some colourful exposition about its alt-history gothic world, it very much belongs to the same narrative tradition of tabletop RPGs. The players create the story, and while you might be handed prewritten scenarios to battle through, the plot and characters of your games are very much in your own hands. It’s up to you to inject the story into your matches, and read into the development of your hardened unit of soldiers as they battle through scenarios.

The Silver Bayonet doesn’t move far past Joseph McCullough’s previous work. It follows the same slick setup, but introduces enough new flavour to make it feel distinct. The rules are refined, matches are tense and tight, and the narrative side of the game can be as focused or supplemental as you like. Most importantly, this might be the best jumping-on point for those totally new to small skirmishers.