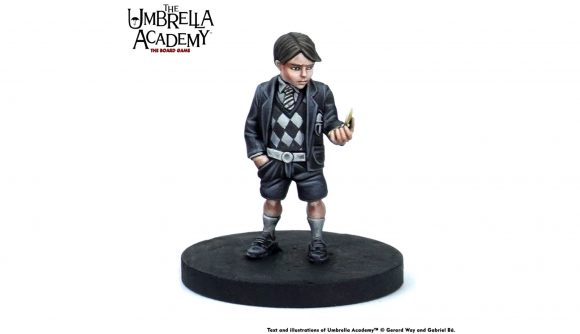 Kings of War publisher Mantic Games is making finishing touches to a miniatures- and card-driven board game based on popular comic book series The Umbrella Academy – with in-game characters that Mantic’s Social Media Manager Rob Burman tells us will “behave just as they do in the [Netflix TV] series”. The game’s set to begin crowdfunding in the next couple of months, though we don’t yet have a campaign launch date or a final release window.

The Umbrella Academy: The Board Game was first teased in 2019, then faded into mysterious silence (due to Covid-related delays, according to Burman), but resurfaced with tasty new details in a Mantic blog post on Wednesday.

A co-operative game for one to five players, it’ll reportedly have you team up to dispatch constant threats popping up around a (currently unnamed) city, aiming to – what else – avert an impending apocalypse. Mantic says  it’ll be “easy to learn, but offers a challenge if you want to defeat the nefarious super villains trying to thwart your plans”.

The game’s rules have been designed by River Horse Games’ Alessio Cavatore (the original Kings of War rules writer), while Mantic itself has created the rest of the components – including original plastic miniatures of at least five characters from the graphic novels: Space Boy, Number Five, Kraken, Rumor, and Séance. Wednesday’s post offered a glimpse at just the first two. 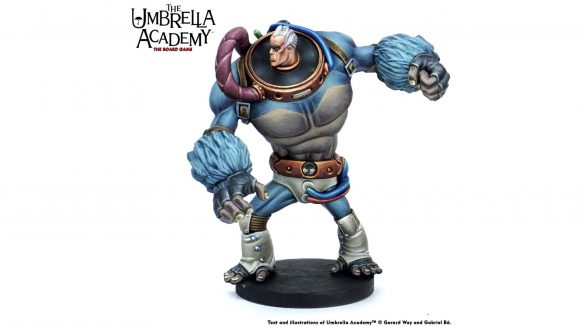 Asked whether more minis were on the way, outside of the main Academy heroes, Burman told us: “maaaaaybe”. We think that means yes.

And, despite being based on Gerard Way and Gabriel Bá’s knockout comic book runs, rather than the ultra-successful 2019 Netflix TV adaptation, Burman told Wargamer that fans coming straight from the TV show won’t feel lost.

“The characters behave just as they do in the series and play exactly as you would expect,” he explained. 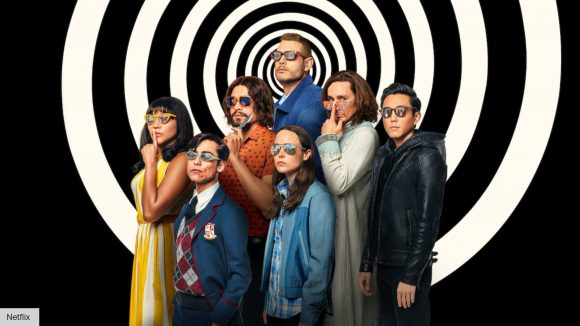 The new board game has no official affiliation with the Netflix TV adaptation of The Umbrella Academy – which premiered in 2019, released a second season in 2020, and has a third under production. However, since they share the same source material, the key characters, themes, and mechanics were always likely to be familiar to fans.

Keeping an eye on all things Hargreaves? Our sister site The Digital Fix has the full lowdown on The Umbrella Academy season 3.