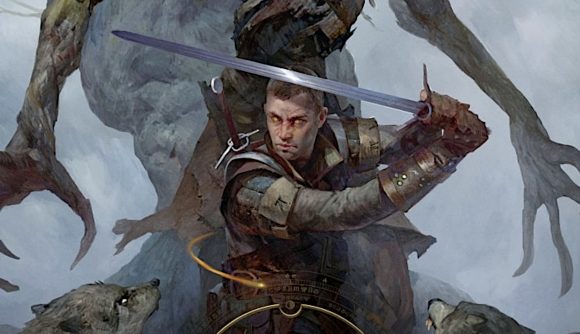 The Witcher: Old World is the latest board game to bring Andrzej Sapkowski and CD Projekt Red’s monster-hunting fantasy universe to the tabletop – but won’t be bringing all of it. Successfully Kickstarted in May, the board game, set years before Geralt of Rivia, will see one to five players adventure across the Continent and slay many familiar beasties, but has been intentionally designed not to span the political intrigue that Geralt’s quests often involve.

While the Witcher novels and video games place a large narrative focus on political machinations, whether that’s Geralt navigating the wily commands of Nilfgaardian Emperor Emhyr var Emreis, or factional disputes in the Council of Mages, Old World will focus primarily on recreating the combat and world-building of The Witcher videogames.

You’ll be moving your witcher across a central map, encountering questlines to explore, and defeating monsters in a deck-building fighting system, rather than negotiating the disputes of the feudal class. As the board game’s designer Łukasz Woźniak tells Wargamer, this omission was made to streamline the game’s mechanics while preserving the franchise’s core essence.

“It was a conscious decision to leave the wider political aspects out of the game,” Woźniak says.

“The entire purpose of the game is not to cram everything in, but to make the best player experience possible,” he adds. 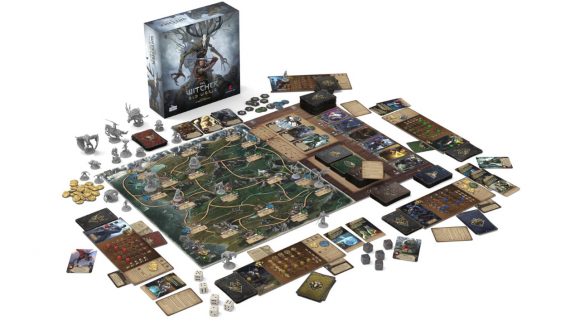 While the game’s mechanics focus solely on the action and adventuring portions of a Witcher’s life, wider world events will be referenced as a method of world-building. As you travel the map in Old World, your character’s journey may be affected by certain political or religious happenings, and some choices presented to players, too, will allude to the bigger events taking place around you.

Woźniak says this focus on adventuring over playing politics was not only a functional choice, but a thematic one, and better reflects the setting of the board game.

“Since we are back in the ‘old world’, we imagined that the biggest problem the Continent has is the monsters that roam,” he says, adding that the world’s population is eager to pay witchers to remove them, rather than use the monster hunters for the stately exploits that Geralt often finds himself in. 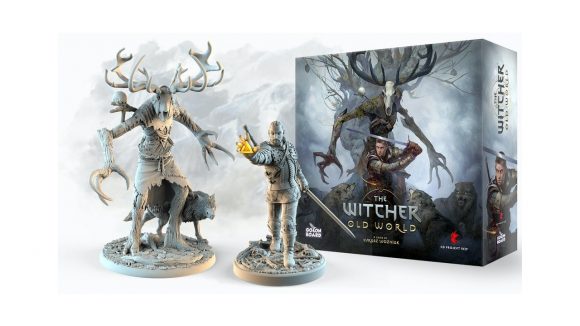 Woźniak adds that some of the game’s expansions, already announced in the Kickstarter campaign, introduce more of the political agents and bodies familiar from the books and videogames. The Wild Hunt add-on has players interact with the Council of Mages to respond to the cataclysmic world events.

Woźniak previously designed 2018’s card-driven Viking wargame Valhalla, which challenges players to battle warriors, and send them to the afterlife in the most glorious way possible.

Look out for our extended interview with Woźniak later this week. Or, if you have a tabletop hankering, check out our pick of the best board games of 2021.