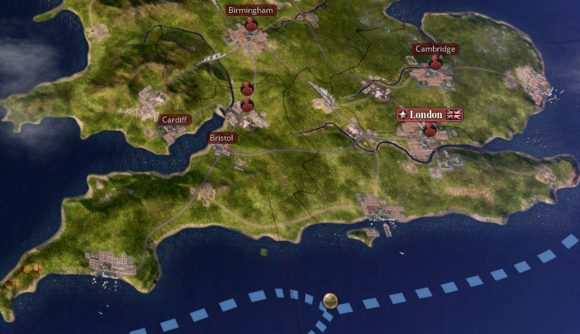 Industrial era, grand-strategy game Victoria 3 was announced last Friday by publisher Paradox Interactive. While many ardent fans of the series were pleased to see the much-anticipated game finally rear its head, Victoria 3 won’t exclusively cater to experienced players. Rather, Paradox has taken efforts to ensure the next instalment in the notoriously complex series eases new players in.

Speaking to Wargamer, Martin Anward, game director on Victoria 3, says much thought has been given to ensuring the game is simultaneously complex and accessible to new players that may be unfamiliar with the basic operations of grand strategy. “This is absolutely a major priority for us,” Anward says. “This is a deep game; this is a complex game with a lot of moving parts, and a lot of decisions to make. But that doesn’t mean that we want this to be only a game for people that are willing to hit a steep learning wall.”

Part of this involves implementing many lessons learned from Crusader Kings 3, including action alerts to warn the player of critical decisions, nested tooltips that explain the game’s various terms and mechanics while you play, and an in-game encyclopedia of explanatory descriptions – punnily called the Vickipedia.

Anward says Victoria 3 will also give players tools to make macroscopic decisions across their nations, so they won’t be overwhelmed, or bored, by tedious micromanagement. 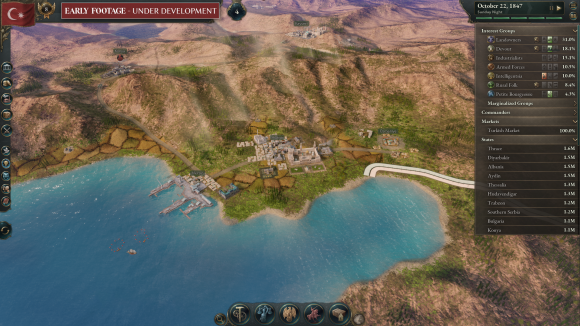 “If you’re playing a small country, it’s fine to be going into your states and setting up an individual building,” Anward says.

“But if you’re playing a bigger country, you might want to use the ‘lens system’, which is a more advanced macro builder. When you want to expand 100 levels of factories at once, you shouldn’t be required to click 100 times, in 10 different panels.”

Anward says the development team haven’t focused only on UI and quality of life improvements, but also ways of gradually enhancing the player’s understanding of the game’s systems, and reinforcing their appreciation of its interrelated parts, by highlighting cause and effect. 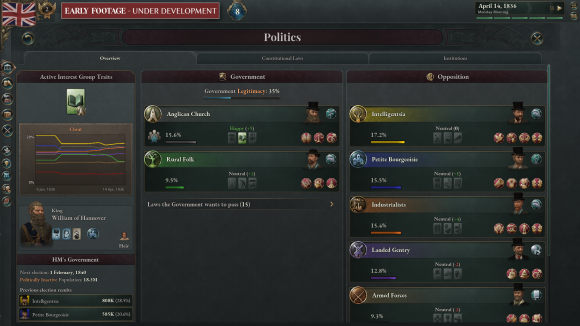 “I think that it’s very important for a complex game like this, with so many moving parts, that if something goes wrong, a player should be able to understand why it went wrong, and what they could have done differently.”

“As long as you can muddle through and figure out, ‘Okay, I can do a bit better next time’, then you can work your way up to that skill level.”

“Whereas if you’re just going, ‘Well, my economy crashed, and I have no idea why’, then your economy is gonna probably crash again next time.”

Look out for our full interview with Martin Anward and game developer Mikael Andersson, coming soon, in which we explore Victoria 3’s new features, its emphasis on diplomacy over warfare, and how its mixing alt-history with historical simulation.