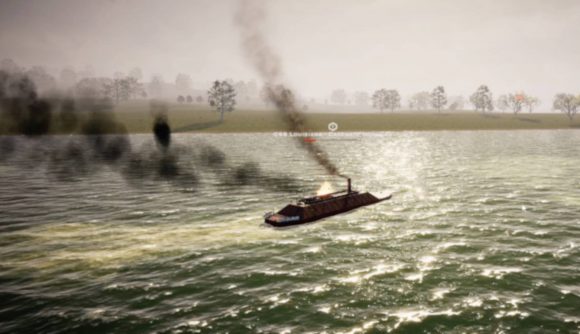 Real-time naval strategy game Victory at Sea Ironclad is coming to Steam early access later this month. Speaking to Wargamer today, the game’s developer, Evil Twin Artworks, said the game would launch on February 25 with a Union forces campaign, before receiving an additional Confederate campaign, mod support, and custom battles later in its early access period. A demo is available on Steam now.

Set during the American Civil War, Victory at Sea Ironclad plays as a strategic naval sandbox, providing an open territory for you to engage in skirmishes, conquer enemy territory, and bolster your fleet across an open-world. The campaign plays as an ongoing war, rather than a series of discrete missions. Combat will focus on both individual vessels and entire fleets, as your naval might grows, and much of the game’s strategy will involve strangling enemy supply lines to gradually dwindle their forces.

Speaking to Wargamer today, James Caroll, Director of Evil Twin Artworks, said that, while players would be controlling vessels to harry enemy ships, engineer blockades, and assault ports to cut off enemy supply lines, the game also features a heavy amount of base-building. You’ll be constructing shipyards and ports, coordinating the development of new units, and facilitating surrounding production operations to supply the necessary resources for your fleet.

Carroll said Victory at Sea Ironclad had taken a different direction from the previous entries in the Victory at Sea videogame series, with the game’s mechanics appropriately tailored to reflect the naval operations of the American Civil War. 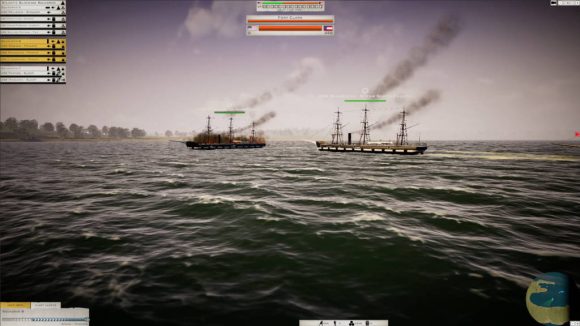 “We realised very quickly that this game was more about resource management,” Carroll said. “The confederacy was swimming in cotton, while the Union had its industrial might.”

“We really wanted to reflect that in the game, so there are a lot more base upgrades – forts, ports, and taking advantage of the land around the regions,” he added.

“You can capture a region and start building farms and other facilities to build up resources.”

Although there is currently no firm date as to when additional content, including the Confederate campaign, will be added, Carroll told us Evil Twin Artworks was hoping to roll out updates every couple of weeks, integrating minor hotfixes as well as major changes. 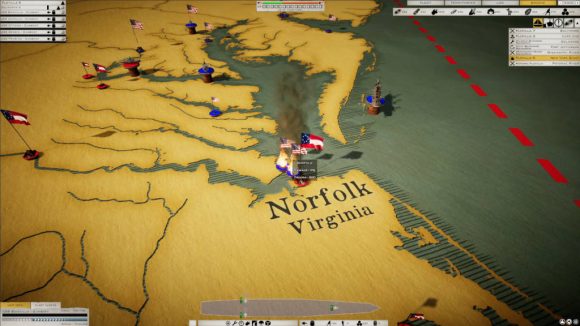 “We’re not a sim, and we’re not quite an RTS, we fall somewhere between. So mods allow players to customise the game in the way they want to,” he explained.

As for the custom battles, these one-off skirmishes will allow you to customise the usual features of a naval engagement and tweak them to suit your playstyle or historical inclinations. You’ll be able to customise your fleet with specific vessels, set the battle’s location – from open seas to ravines – and time of day. 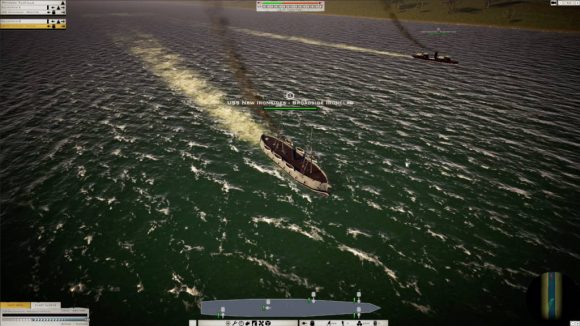 You can download a free demo of Victory at Sea Ironclad from its Steam store page now.

If all this talk of seafaring strategy has piqued your interest, take a look at our guide to the best naval games.