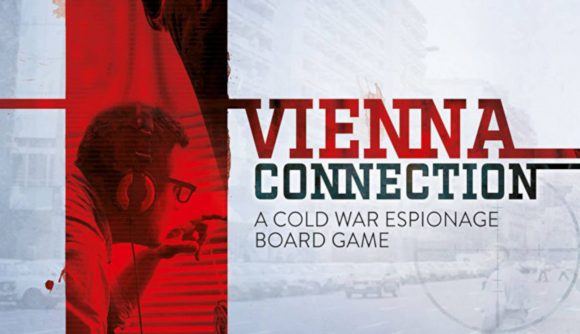 In a Twitch Q&A live stream yesterday, Portal Games, publisher of upcoming Cold War spy board game Vienna Connection, revealed more details about the game’s mechanics and historical setting. Vienna Connection will lean heavily into Cold War espionage history, coming bundled with a 100-page dossier of intelligence files, recorded Russian voiceovers, and a booklet providing background information on the actors of the Cold War. Vienna Connection is available to pre-order directly from Portal Games until tomorrow, and is estimated to begin shipping  to purchasers this April.

Vienna Connection places you in the shoes of a CIA agent at the height of the Cold War and tasks you with thwarting Soviet intelligence operations. As tensions between the West and Eastern bloc mount, you and your friends must cooperatively conduct and manage espionage operations across various European cities, working through four story-driven scenarios to out-think and defeat Soviet agents. The game builds upon the mechanics of the Polish studio’s previous crime-solving mystery board game, Detective, released in 2018.

Speaking about the game over Twitch, Vienna Connection’s designer, Ignacy Trzewiczek, said the game’s narrative will closely follow the developments of the Cold War in the late 1970s, featuring real-world events, figures, and operations that cropped up in the superpowers’ covert intelligence operations.

The game’s story designer Przemysław Rymer also said the game ties very closely to historical events and could not be ripped from its historical context – although he was hesitant to spoil any specifics of the game’s narrative focus.

Alongside Vienna Connection, Portal has been working on Dune: House Secrets – an official board game tie-in with the sci-fi movie remake slated for release this Autumn – and lead designer Trzewiczek hinted on the stream at more in-the-works titles, yet to be revealed.

“At this point, everybody in the team is working on Dune. For what will be next after Dune, we will make some announcement in the upcoming months,” he said.

“We want to expand this system and family of games with new settings, new stories, and new ideas.”

While Portal’s previous investigative board game, Detective, had players browse internet pages during the game to uncover key information and make progress, Vienna Connection instead opts for an era-appropriate 100-page dossier of intelligence files, which players must comb through for clues as they travel the game’s narrative. 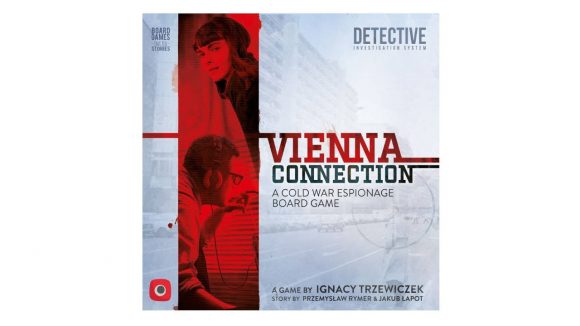 At other times, players will uncover Soviet transmissions that must be analysed for pointers. As well as reading the intelligence, the files come accompanied by recorded voiceovers, so you can listen to the scripts in their native Russian language. Trzewiczek said he hoped the recordings will be “super dramatic” even if if you can’t understand a word.

Although Trzewiczek said players will not need an encyclopaedic knowledge of the conflict to play Vienna Connection, he did emphasise that gameplay will involve recording lots of names, dates, facts, organisations, motivations, and secret plans, and keeping track of them as you challenge KGB agents.

And, as a sign of the historical commitment of the game, players who pre-order Vienna Connection from Portal Games will receive an information booklet about the Cold War, providing information on the organisations, figures, and alliances in the conflict. Trzewiczek said the booklet was created after playtests of the game found players had very different levels of knowledge about the Cold War.

He also said players could prepare themselves for the game’s covert operations through watching a few films in the rights historical setting – particularly Munich, Argo, Spy Game and the film adaptation of John le Carré’s classic Tinker, Tailer, Soldier Spy.

If you’re keen to expand your board game portfolio, have a read of our guide to the best board games for adults.