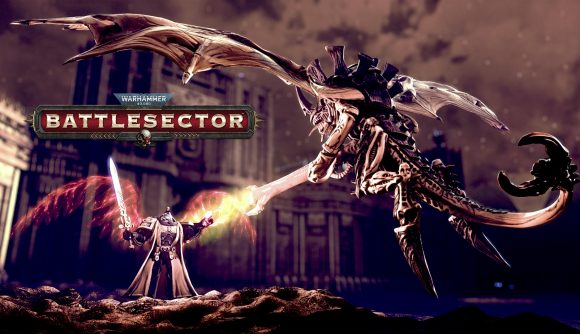 Ensure your boltgun has had all the proper blessings – a new Warhammer 40K turn-based strategy game is incoming. Warhammer 40,000: Battlesector will give you command of everybody’s favourite crimson Space Marine chapter, the Blood Angels (don’t @ us, Flesh Tearers fans), as you battle the xenomorphic Tyranids across a 20-mission single-player campaign. Developed by Black Lab Games and published by Slitherine, Battlesector will release for PC in May 2021, coming to Xbox One and PlayStation 4 later in the summer.

Battlesector plays as a strategic, grid-based skirmisher. Fighting across desert plains and gothic industrial compounds typical of the 41st millennium, you’ll be moving squads of Blood Angels, taking advantage of strategic positions, the better to dispatch your ravenous alien foes, and securing campaign objectives. You’ll be able to upgrade and customise your force with over 60 unlockable abilities and 50 weapons, as well as fielding more powerful Space Marine troops as you progress through the game’s story.

Combat-wise, Battlesector looks to operate similarly to Firaxis’ blockbuster squad tactics series XCOM (and the burgeoning subgenre that has grown up around it). Units have distinct combat stats and specialised weapons, squads can be moved to environmental cover for protection, squad loadouts can be customised, and melee combat brings new rules of engagement for punishing, but riskier, attack charges. Troops are persistent across the campaign, carrying over battle-to-battle – provided you keep them alive, of course.

More uniquely, a ‘momentum system’ encourages you to kill enemies in close combat, building up your units’ momentum for ‘surge abilities’ that allow them to string together multiple chains of actions on a single turn, or upgrade their abilities. 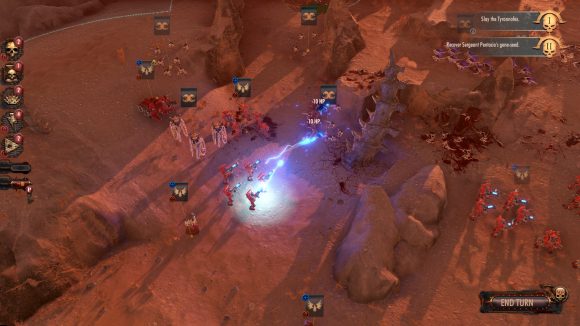 The campaign follows the aftermath of the Devastation of Baal – the near-obliteration of the Blood Angels chapter’s homeworld by a mammoth concentration of the Tyranid Hive Fleet. Following Blood Angel Sergeant Carleon and his fellow marines in the days after the attack, you’ll fight to purge the Tyranid infestation that has gathered on Baal; saving the planet and preserving the honour of the chapter.

Slitherine is keeping the exact army rosters under wraps, but say many iconic Space Marine units will be making an appearance. Expect to see Librarian Dreadnoughts, Sanguinary Priests, Predator tanks, and the (even more) genetically-enhanced Primaris Space Marines, such as Aggressors and Hellblasters.

Just as on the tabletop, while the Space Marines will leverage their technological superiority to carve out enemy husks, the Tyranids will be sending swarms of Termagants and Hormagaunts to overrun the battlefield, alongside some beefier units like the sword-wielding, bio-gun-toting behemoth that is the Tyranid Hive Tyrant. 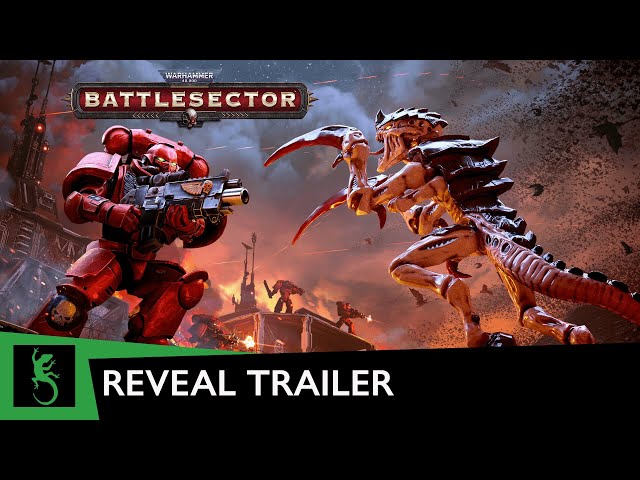 The game also includes a Skirmish Mode that allows you to battle as either the Blood Angels or Tyranids across a selection of pre-made maps against the AI or in online and local multiplayer. As in the campaign, you’ll be able to pick the units and heroes that compose your force, and customise their loadouts. 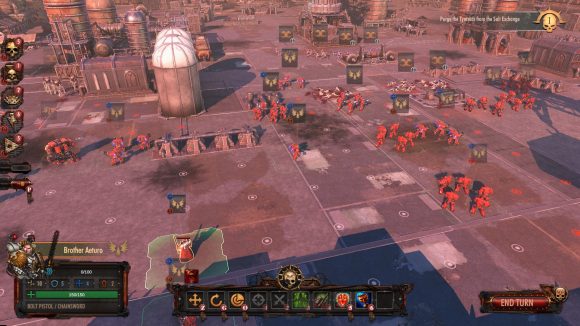 And publisher Slitherine is not new to doing tactical turn-based shooting in the 40K universe. Its 2017 offering, Warhammer 40,000: Sanctus Reach, did a grand job of translating the grizzly Space Wolves’ conflict with the Orks into a game of tight, squad-based manoeuvring, and the firm had a decent, very flavourful crack at making a 40K 4X game in Warhammer 40,000: Gladius – Relics of War. 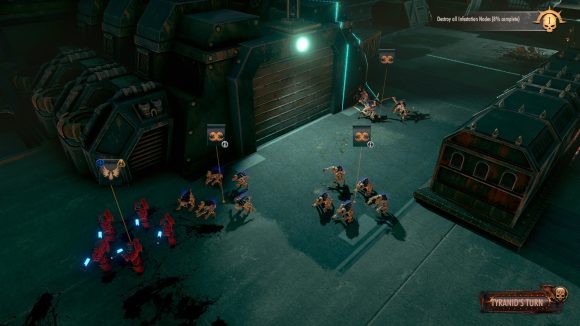 You can get more details about Warhammer 40,000: Battlesector today in Slitherine’s Twitch announcement live stream at 5:00 GMT (12 pm ET/ 9 am PT).

If all this talk about Blood Angels has left you craving a healthy dose of Space Marine lore, check out our Warhammer 40,0000: Imperium factions guide, or our Chaos factions guide if the twisted world of Nurgle and Khorne are more your cup of tea.