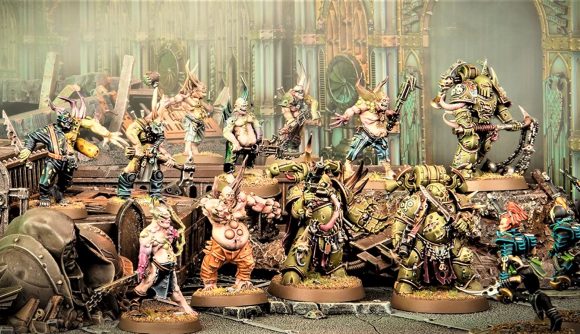 Instead of individual operator models, and their pieces of equipment, having precise points values which must be totted up when building a balanced Kill Team, the new game has specific ‘menus’ within each faction (apparently organised into ‘archetypes’, though we’re not sure what these mean yet) from which you can pick up to a certain number of each operator type to put together your team on the fly for each game.

GW says this “makes list-building quicker and easier while still giving you loads of ways to customise your kill teams” – but the intent is also to restrict some potentially overpowered Kill Team lists, by applying specific limits to certain operator types (and weapons) for specific factions. GW gives “12 or more plasma-toting Astra Militarum Guardsmen” as an example of the sort of list that the new rules will rule out.

Each Kill Team list, the article explains, will be split into structured Fire Teams, to control how many operators each faction can field in a game. More elite factions, such as Space Marines – who, as we know, get a higher Action Points Limit (APL) – will get only one Fire Team, with fewer models, while squishier, weaker baseline human or xenos factions like the Imperial Guard can field two, each with more operators in it. 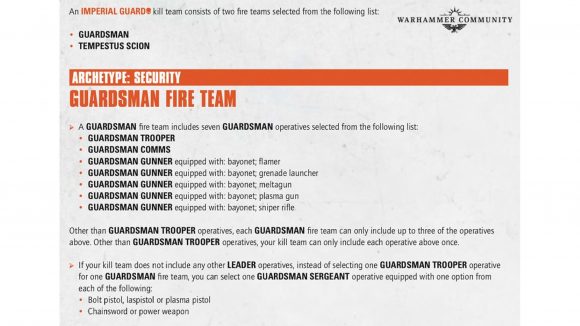 Like the variable budgets of APL, and special abilities aimed at modifying that stat up or down in-game, these rules seem to underline the new game’s drive to make ‘force flexibility’ a crucial, variable attribute of different factions. Indeed, an Astra Militarum Kill Team, says GW, will have “more tools for every job, in more combinations” than will a crack squad of Adeptus Astartes. 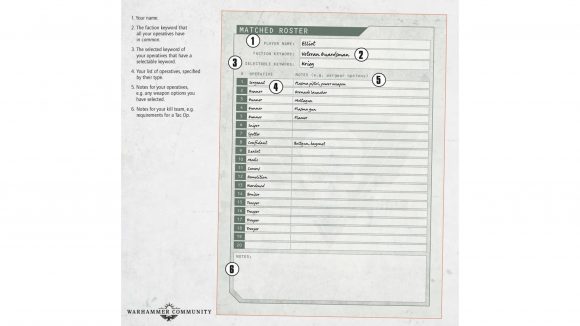 And, for Kill Team’s popular campaign mode – in which your overall roster persists from game to game, and individual operators can gain upgrades and specialisations for their in-game exploits – the new list rules allow a full roster of “up to 20 operatives”, from which you’ll be able to hand-pick a different Kill Team for each game – XCOM-style – according to your faction’s particular rules.

Thursday’s article confirmed that the two Kill Teams included in the Octarius box are, indeed, “complete game-ready forces” with various list-building options – although, as some fans have remarked online, if you wanted to have a full 20-operative roster of either Death Korps or Ork Kommandos straight away, you’d need to buy two copies of Kill Team: Octarius. 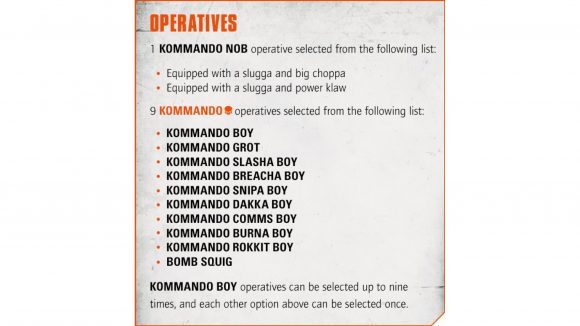 And a final titbit for Death Guard fans: we learn that one Death Guard Fire Team can take “up to three Plague Marines, or eight Poxwalkers”. We’d presume that, like loyalist Marine factions, the sons of Mortarion will also be limited to deploying a single Fire Team per game.

The Kill Team: Octarius box set – which includes Death Korps of Krieg and Ork Kommandos Kill Teams, as well as a stack of terrain, and the Kill Team 2nd Edition rulebook, will be released in August 2021. We still don’t have a specific release date.

Thursday’s list-building update follows a series of news update about Kill Team 2nd Edition’s rules for movement, shooting, fighting, taking actions, and more – you can catch up on all the key points in our Kill Team: Octarius roundup guide.