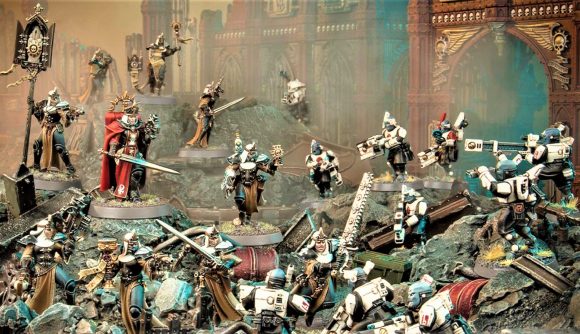 In the third of a flurry of new model reveals at Gen Con 2021, Games Workshop has unveiled its next big release for Kill Team 2nd Edition: the Kill Team: Chalnath box set will feature two teams of ten brand new miniatures, for the Sisters of Battle, and T’au Empire respectively. No release date has been given for the box set, but GW has published a reveal trailer, which you can watch below.

GW says the included Sisters of Battle Novitiates squad is an entirely new kit with “immense flexibility in terms of loadout and posing”, while the T’au Pathfinders they’ll be facing consist of the existing Pathfinders kit, plus a new upgrade sprue to add variety.

As well as the models, Kill Team: Chalnath comes with a generous-looking amount of Sector Imperialis Ruins terrain (in the region of what came with the original Kill Team starter set in 2018), and its own Chalnath “rules manual”, containing nine new missions themed around the Sisters vs. Tau conflict on this world, as well as new Strategic Ploys, Battle Honours, and (of course) “expanded rules for both squads in the box”.

The squad of brand new Sisters of Battle Novitiates included here is substantial, with ten individual models, each with quite distinct-looking poses and loadouts. 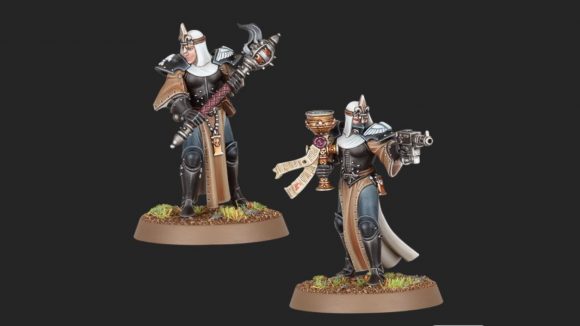 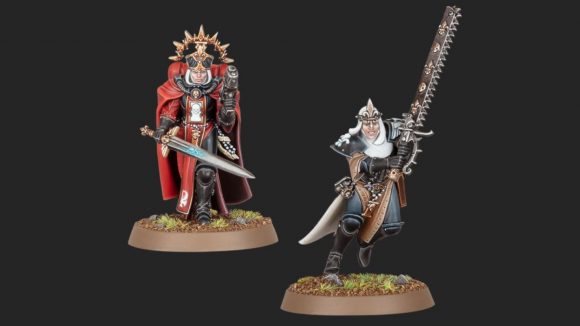 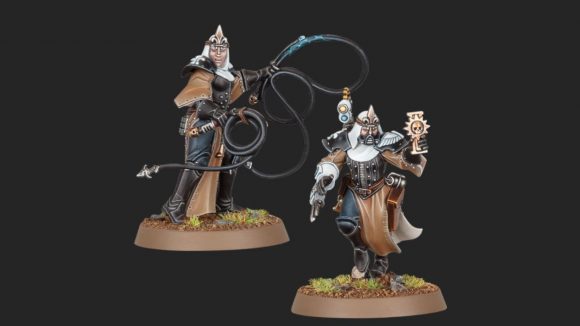 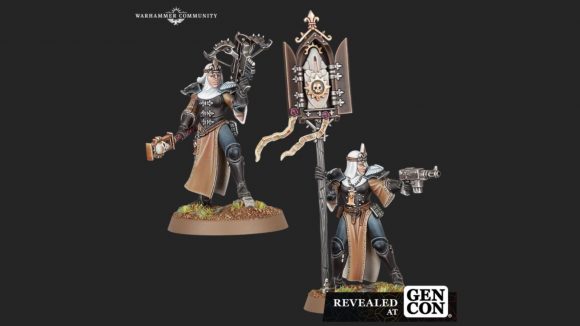 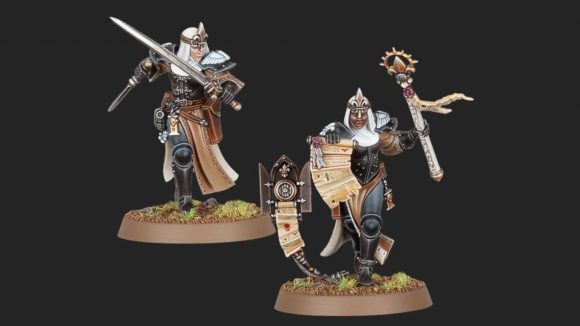 GW says you’ll also be able to field them as a unit in games of Warhammer 40k, although it’s not yet clear how we’ll access their 40k rules. 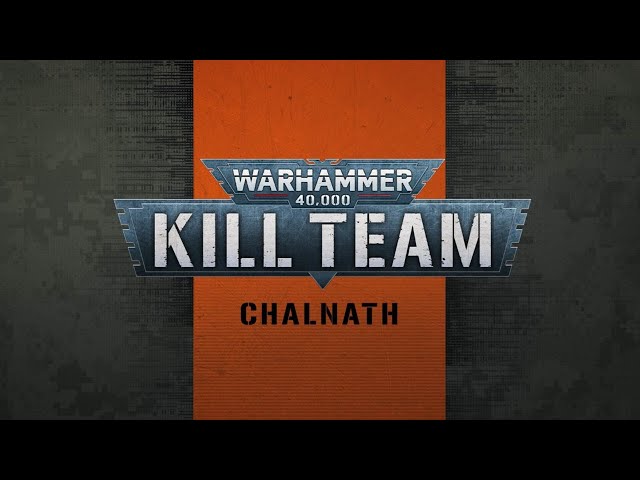 Since the arrival, last month, of the Kill Team: Octarius launch box and roadmap for future releases, fans had been waiting for further indications about how and when various Warhammer 40k factions would receive the more sophisticated level of rules support given to the Kommandos and Veteran Guardsmen in the launch box. 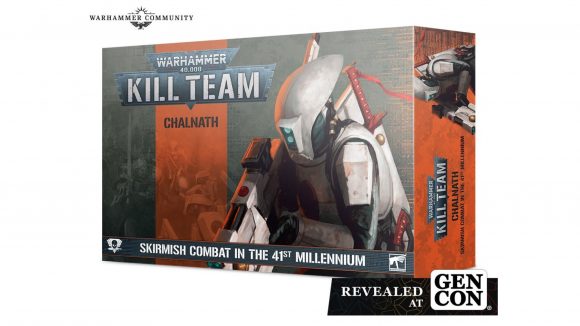 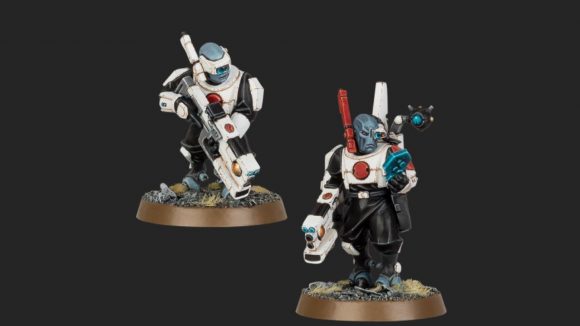 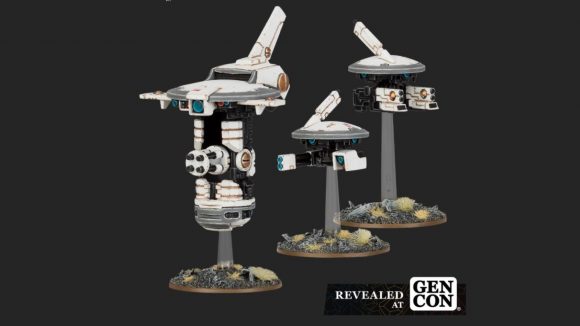 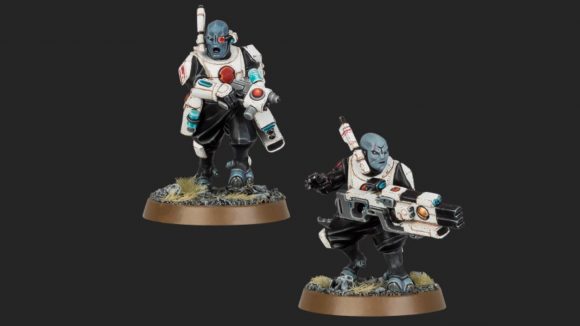 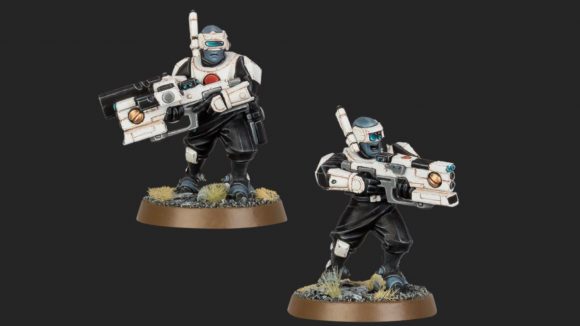 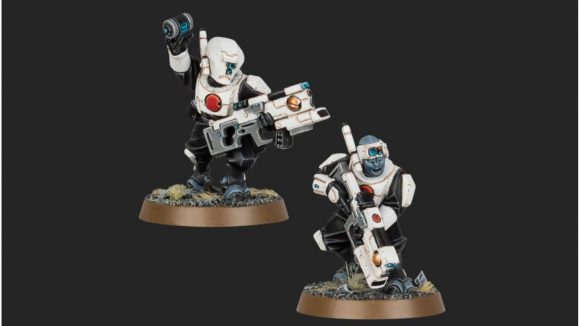 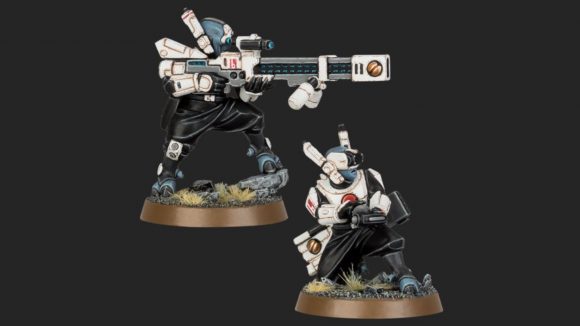 As yet, however, no other factions with rules contained in the Kill Team: Compendium supplement have received any additional play options, beyond what’s provided in that book – except for the Kommandos and Veteran Guardsmen, and now, as Thursday’s Warhammer Community article makes clear, the T’au and Sisters of Battle.

Not entirely clear who these two bunches of sci-fi combatants actually are? Read our full guide to the Sisters of Battle, and seek out the tale of the T’au in our guide to Warhammer 40k xenos factions.