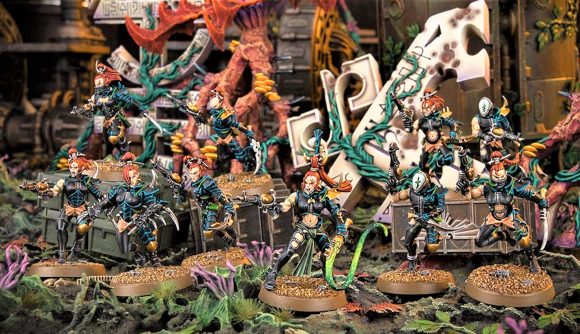 In a Warhammer Community article on Thursday, the firm said the revamped list-building rules in the new edition’s Core Book and Kill Team Compendium supplement made it “easier than ever to bring squads from your Warhammer 40,000 army into games of Kill Team”. The news goes some way to explaining why so many of the ‘Fireteam’ list-building options in the Kill Team: Compendium book are limited to one type of model, when the previous edition of Kill Team allowed teams to mix and match between different 40k units significantly more.

The article clarifies that this was intentional, noting that “many full-fledged kill teams can be formed from units commonly found in Crusade armies”. However, GW says the change is meant not to limit Kill Teams’ variety, but to let you “build up the story of your elite operatives through in-game events” in Kill Team, before bringing those same storied squads back into the broader-scale wargaming of Warhammer 40k.

We don’t yet know whether the 19 factions listed in the Compendium will receive alternative Fireteam list options that allow more model variety – nor when Kill Team 2.0 might revive its predecessors’ special rules for including Elites and HQ units in your Kill Teams. 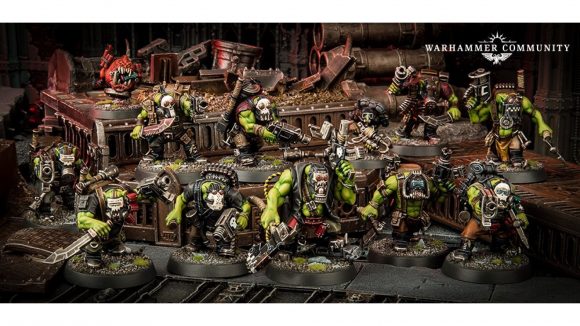 GW seems keen to get fans excited about the storytelling potential of linked-game crossovers between Warhammer 40k and Kill Team – though, as Thursday’s article hastens to add, there will be “no hard and fast rules” for dovetailing your Crusade and Spec Ops games; you’ll have to make that stuff up for yourself. That said, GW does provide some highly intellectual inspirational material to help you along: 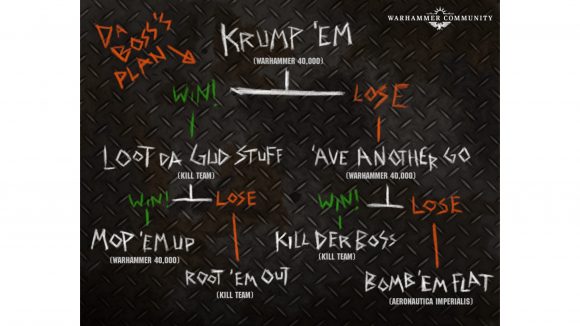 The news comes after GW committed to a “conveyor belt of new kill teams”, including new models, a new setting, and a new ‘Killzone’ (terrain set) every three months, at least until June 2022.

Kill Team: Octarius, the new edition’s bombastic launch box set, remains, at time of writing, available for pre-order on the GW webstore. If you’re still on the fence about ordering it, check out our full Kill Team: Octarius review for our verdict on the box, the game, and the controversial Compendium book too.