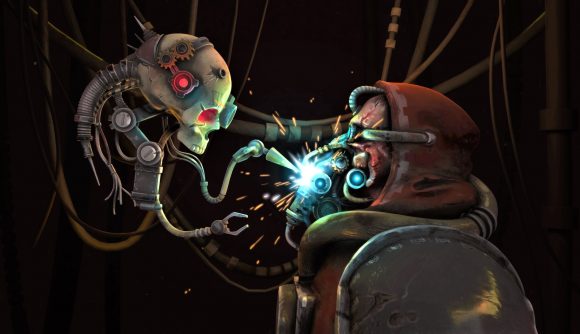 Released today by publisher Kalypso for iOS and Android tablets, it’ll set you back $11.99 / £11.99 via your respective app store – a full $11 / £11 cheaper than the PC version on Steam. It also comes bundled with the Heretek DLC, which adds five extra missions centred on fighting the “Dark Mechanicus” – corrupted tech-priests who have turned from the Emperor’s light, to serve the Ruinous Powers of Chaos.

An unquestioned member of our “best Warhammer 40k videogames” list, Mechanicus sees your small team of technology-worshipping cyborg acolytes potter round subterranean grid-maps, searching for prehistoric gadgets, while either fighting off, or tactically evading, the cyber-undead Necron enemies that come to frustrate your salvage quest. Its fairly straightforward turn-based gameplay would seem quite natural for a casual tablet-based strategy game, so we’ve high hopes for the port.

Mechanicus was originally released for PC, on Steam, in 2018, and the console version came out on Xbox One, Playstation 4 and Nintendo Switch in July 2017 – coming complete with not only the Heretek DLC, but the contents of the PC’s special Omnissiah Edition too – that is to say, the soundtrack, a digital artbook, a short story ebook and an exclusive in-game Arc Scourge weapon. From what we can tell, the tablet version includes the first two – but it’s not clear if you’ll also get the Arc Scourge, or that prized ebook. 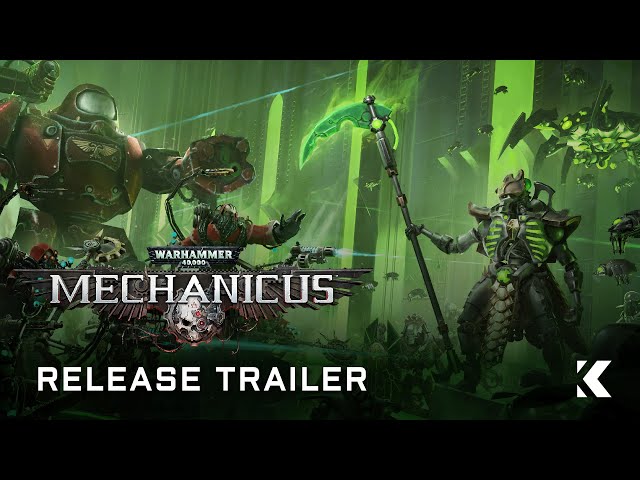 Like many iOS and Android tablet ports, you can get this game to run on your phone, given sufficient onboard graphical hardware – but we wouldn’t recommend it, as the 3D visuals and user interfaces are all set up for a tablet-sized screen (we tried it on a whacking great Samsung Note 10+ screen, and it still looked pants).

But we can confirm that the spot-on sound and atmosphere of the original game – which so brought to life the superb, 40k-appropriate writing by Games Workshop Black Library author Ben Counter – appears to remain intact in the translation to mobile play.

Looking to get your bearings in the grim darkness of the far future? Check out our guides to Warhammer 40K’s Imperium factions, Chaos factions and Xenos factions.