The first Daemon Prince of Chaos, Be’lakor is going live for pre-order next week. Announced in a Warhammer Community post yesterday, the model, which caused quite a stir when it was first revealed for its titanic size, can be built in a Warhammer 40k or Age of Sigmar variant. It comes alongside the third instalment in the Broken Realms series of novels, with two new hero miniatures and four battalion boxes releasing in conjunction with the book.

Be’lakor can be built to play in Age of Sigmar or 40k games, or constructed in a neutral variant if you want to switch him between settings. The most obvious difference between builds is the dead warrior sitting at the daemon’s feet: a Pramaris Lieutenant for a 40k flavour, or what looks to be a Slaves to Darkness warrior for a fantasy theme.

The most surprising news, however, is the announcement of the new Broken Realms book. Titled Be’lakor, it advances Age of Sigmar’ plotline, and tells the story of the Daemon Prince’s grand plan to decimate the realms of Order following an “unlikely alliance in the catastrophic aftereffects of a mighty magical explosion”.

The book comes only a couple of weeks after the release of the previous Broken Realms instalment, Teclis, a surprise given the months of waiting between the first and second releases of the series. It will be available in regular hardback, as well as a limited edition, featuring exclusive cover art and gilt page edges. 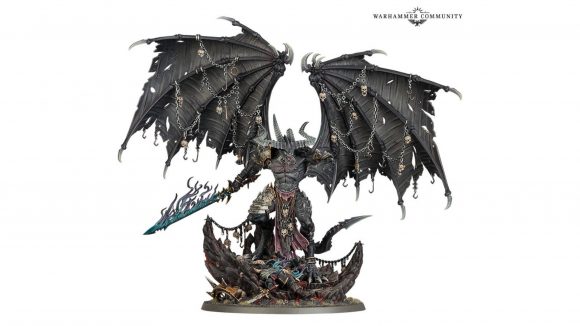 As with previous Broken Realms books, Be’lakor will be accompanied by new miniature releases, with the idea being you can replicate the book’s key battles on the tabletop, or simply bolster your existing forces with some new unit formations. The two heroes of the book making their way to the tabletop are Gardus Steel Soul, who leads the Hallowed Knights of the Stormcast Eternals, and Krulghast Cruciator, of the Nighthaunts. 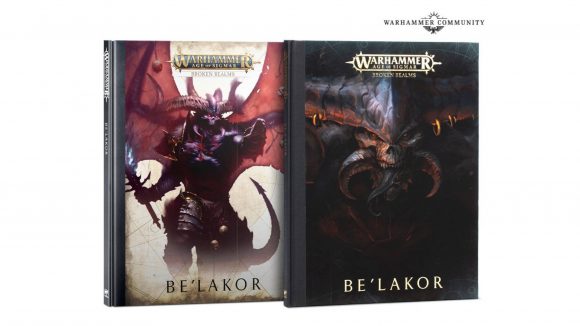 They’re joined by four new warscroll battalion boxes: Atra’zan the Immolator and a horde of pyromaniac Horrors in a 31-miniature box, Starwarden Iq-to of the Sereaphon with his Celestial Stampede of three beasties, Lady Olynder and her Sorrowmourn Choir of 19 Nighthaunt, and Barak-Zilfin with six accompanying duardin.

Although the first Daemon Prince of Chaos and a survivor from the Old World, Be’lakor has been something of a forgotten firstborn in recent Age of Sigmar lore, with Archaon the Everchosen earning greater favour with Chaos gods and stealing the limelight. Maybe his new model will grant him a bigger role in Age of Sigmar’s expanding story. 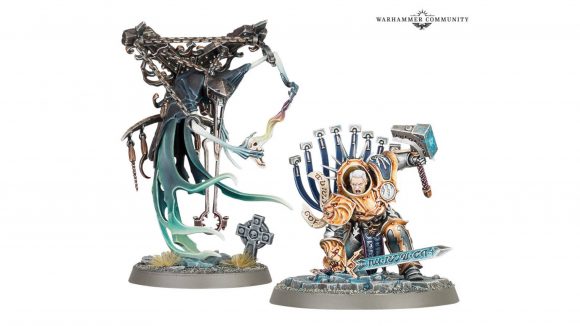 If you want a refresher of the various armies in Warhammer’s fantasy world, read our Age of Sigmar armies guide, and did you know the Soulblight Gravelords are on the way, bringing some ghoulish vampires to the Mortal realms?