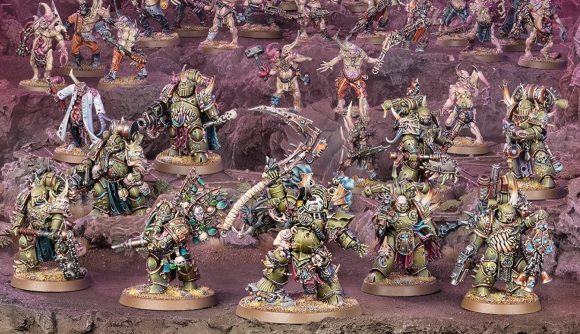 The first book in Warhammer 40K’s new War Zone Charadon campaign series, going to pre-order this Saturday, reportedly contains a stack of new rules for the Death Guard, Drukhari, Imperial Knights and Adeptus Mechanicus – some of which were revealed in a Warhammer Community post today. The post showed off two of the new ‘Armies of Renown’ from War Zone Charadon Act I: The Book of Rust: the Death Guard’s Terminus Est Assault Force, and the AdMech Mechanicus Defence Cohort. We also saw a smattering of the special rules you’ll unlock by using these custom army types in games. We’ll break them down here.

The Terminus Est Assault Force gets a whole new psychic discipline called Fester, and the ability to bring your Plague Marines in from Strategic Reserves anywhere on the board more than 9” from enemy models, as if they were Terminators teleporting into battle. On the downside, though, you’re barred from taking vehicles, and can’t choose any Plague Companies other than the Harbingers.

The Death Guard reveals also included the appropriately ruthless Callous Disregard stratagem, for two Command Points (CP), which lets your Bubonic Astartes shoot at an enemy unit, even if it’s in melee combat with your own Poxwalkers or Chaos Cultists, Lungrot (a psychic spell that slows an enemy, and all but prevents them from charging your lines) and Rotgrip (a Relic Power Fist with a ludicrous x3 Strength rating, presumably for punching through super-heavy tanks).

The Mechanicus Defence Cohort, meanwhile, gets a strong defensive bonus for its Kataphron Breachers and Destroyers, Servitors and Kastelan Robots – reducing their incoming damage from ranged attacks by 1 (to a minimum of 1) while they stay in their deployment zone – at the cost of being unable to bring any Skitarii units (usually indispensable infantry for the AdMech). 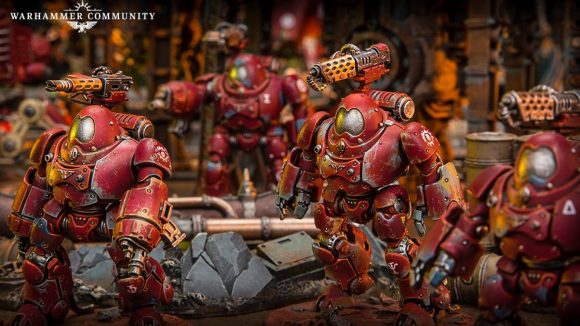 We also saw two of the Defence Cohort’s special stratagems: Pre-Calibrated Purge Solution (1CP) – giving one of those robotic units a +1 to hit when shooting from your deployment zone at a target in the enemy’s deployment zone – and Bolster Defences (2CP), which allows you to improve the defensive bonuses of a chosen piece of terrain before the battle even starts, digging in to make a more resilient firebase.

Tech-priests in your Mechanicus Defence Cohort also get access to Forgefire – a buffed-up Relic version of their usual Volkite Blaster with 12 inches more range, AP-2 instead of AP 0 and two damage instead of one. 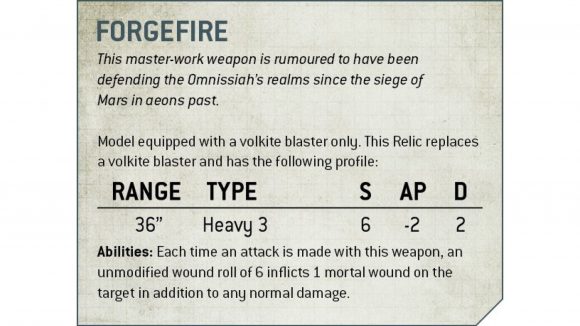 To establish just how these teased new rules will factor into the promised narrative content and ‘Legendary Missions’ to be included in the first War Zone Charadon book, we’ll have to wait to explore the tome’s full contents – and, frankly, we’re curious as to how this series will go.

Games Workshop has produced many lines of campaign books for Warhammer 40K in the game’s 33-year history – most recently the Psychic Awakening (PA) series, whose episodic book releases each added another chunk of storyline, as well as a packet of new rules and abilities for one or more of the game’s armies.

The PA books were, generally, well received among 40K players and hobbyists, with some occasional, characteristic controversies over PA’s new rules allegedly enhancing one faction over others so much as to damage the game’s competitive balance.

With the overall dynamics and competitive trends of Warhammer 40K’s 9th Edition life cycle still emerging, though (and at least ten or 11 codexes still to release), it’ll likely be a while before the notoriously fussy 40K jury returns a verdict on the War Zone Charadon campaign series, its lore, and its rules additions.

For now, we’re excited to get stuck into what the first volume has to offer.

Not a clue who the Death Guard or Adeptus Mechanicus even are? Clue yourself in with our Warhammer 40K Imperium factions and Chaos factions guides. Alternatively, get all gribbly with our Xenos factions guide.