Warhammer 40k Space Marines come in all styles, from the classic blue and gold of the Ultramarines, to the sickly green of the Death Guard, to the endless colour schemes dreamt up by the community. Lots of 40k fans, particularly in Pride Month, celebrate pride or show their allyship by daubing their Space Marines in rainbow hues. But one group has taken their support to another level, using their miniature painting talents to raise close to $13k for an LGBTQ charity.

Fabulous Marines is an organisation made up of Warhammer 40k fans who have joined forces to raise money for The Trevor Project, a suicide prevention and mental health organisation for LGBTQ young people. In June 2022, more than 50 content creators got involved in the group’s painting challenge, and they’ve been able to generate $12,750 for the cause.

“The prompt is to grab a marine, any marine, and paint/mod them to be ready for a pride parade,” Fabulous Marines’ website explains. The participants were encouraged to paint up a fabulous Space Marine (or any other miniature, from Orks to Nurglings, to non-GW minis) and create online content – streams, videos, and social posts – about the process, while fundraising for the organisation.

The website also suggested kitting out models with fun weapon alternatives (it’s dangerous to parade while waving a chainsword) such as confetti cannons, bubble guns, glow sticks, or wands. “Since our marines will be prancing down the digital pride parade, you are encouraged to make their weapons a bit less threatening and more fun,” it says. 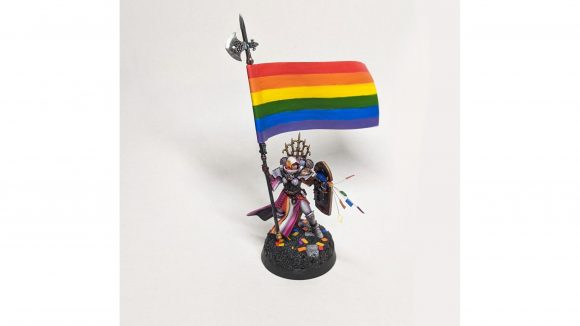 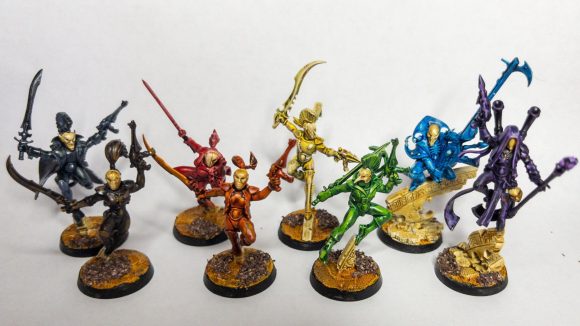 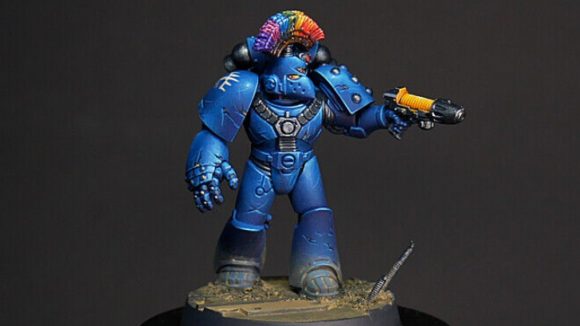 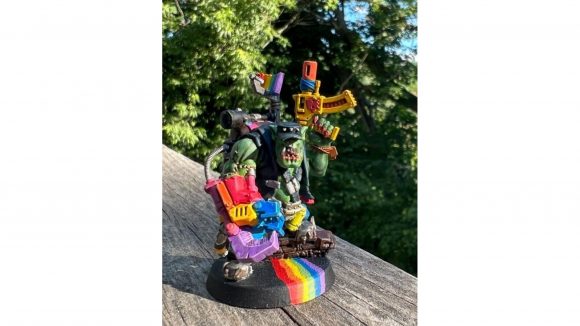 Most of the funds raised have come through the platforms Streamlabs Charity and YouTube Giving. But many painters have also auctioned their creations through eBay for Charity. While the fundraiser was “In honour of Pride Month”, and the main fundraising push took place across June, a few participants still have glorious rainbow models up for auction. 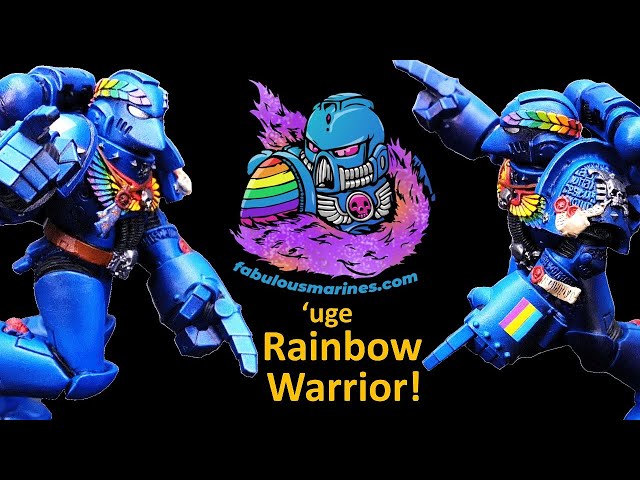 Fabulous Marines was set up in 2021, and ran a similar challenge last year, raising over $19k. That puts them at a running total of $32k raised through the Warhammer hobby so far – not half bad.