Even if you’re only tangentially aware of Warhammer 40,000, you’ll probably be at least slightly familiar with the Ultramarines. Often seen at the forefront of the miniatures maker’s products, Games Workshop’s big blue boys are one of their most instantly recognisable armies. You’ll see their gleaming blue armour adorning 40k kits’ box art, videogames, even the Black Library novels. If you hear a 40K fan discussing ‘Smurfs’, it’s not the charming, azure-skinned Belgian cartoon gnomes they’re talking about – it’s these guys. In Warhammer 40k Ultramarines are simply ever-present.

The Ultramarines aren’t just popular off the gaming table, they’re popular on it. Over the decades, they’ve tended to rank among the game’s most competitively powerful forces, as well as being one of the easiest to learn – giving the sons of Ultramar a unique appeal amongst Warhammer 40k players. It’s now rare to find a hobby group that doesn’t feature at least one player focusing on these omega-sporting warriors.

But just who are the Ultramarines, why are they so special in the universe of Warhammer 40k, and, when it’s time to roll dice and take to the battlefield – how do they play? If you’re new to Warhammer 40,000 and seeking your first figures or simply looking for a bit more background on your next army, here’s our beginner’s guide to everything Ultramarine.

Let’s start at the beginning, shall we? 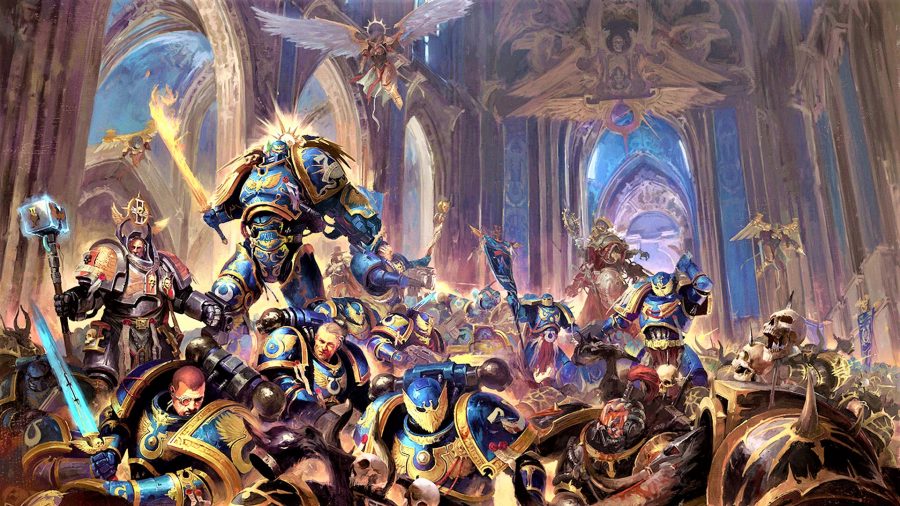 The Ultramarines Space Marines Chapter dates right back to the imperial pre-history of Warhammer 40k. Originally known as the XIII Legion Astartes, they were developed using the genetic template laid down from their primarch, Roboute Guilliman.

Unlike many legions, the Ultramarines became renowned for their well-rounded approach to life. They became philosophers as well as warriors, eventually carving out a small, and comparatively benevolent empire in the region of space around their homeworld, Macragge.

Angels of Death: Our guide to Warhammer 40k Space Marines

Unfortunately, this golden age couldn’t last forever; soon after the fall of the Emperor during the Horus Heresy, the Ultramarines Primarch was also near-fatally wounded in battle. Placed into life-preserving stasis, Guilliman was to remain out cold through the 10,000 tumultuous years that followed.

Now, in the 41st millennium, Roboute Guilliman has awoken from his long, healing sleep, ready to lead the Ultramarines again (not to mention the entire Imperium of Man). The future looks set to be very interesting indeed for the honourable warriors of Macragge. 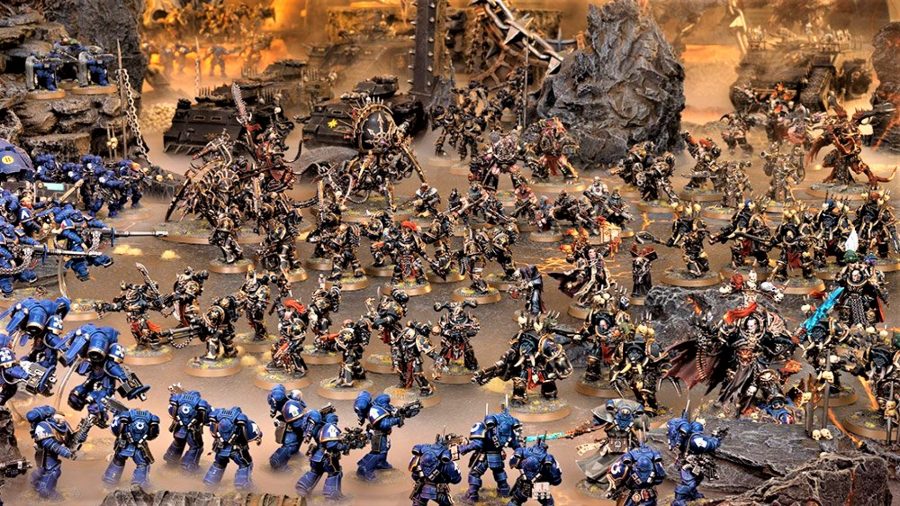 On the tabletop, the Ultramarines focus on providing a well-rounded, balanced army that can be deployed into a wide variety of situations to great effect.

They’re wicked hard to pin down in melee

Nothing shows this flexible approach to the battlefield more than in the Ultramarines Legion Tactic and Chapter Doctrine. These two rules give Ultramarines the ability to Fall Back out of melee combat, and still shoot their weapons afterwards – as well as negating many of the usual penalties for moving and shooting. This combination of Chapter Doctrine (Scions of Guilliman) and Legion Tactic (Codex Discipline) makes the Ultramarines slippery to pin down in melee combat, forming an inexorable, tactically agile advance up the board.

In addition to their doctrine and trait, the Ultramarines have one of the widest selection of choices for Psyker spells, units, relics, and characters in the game. 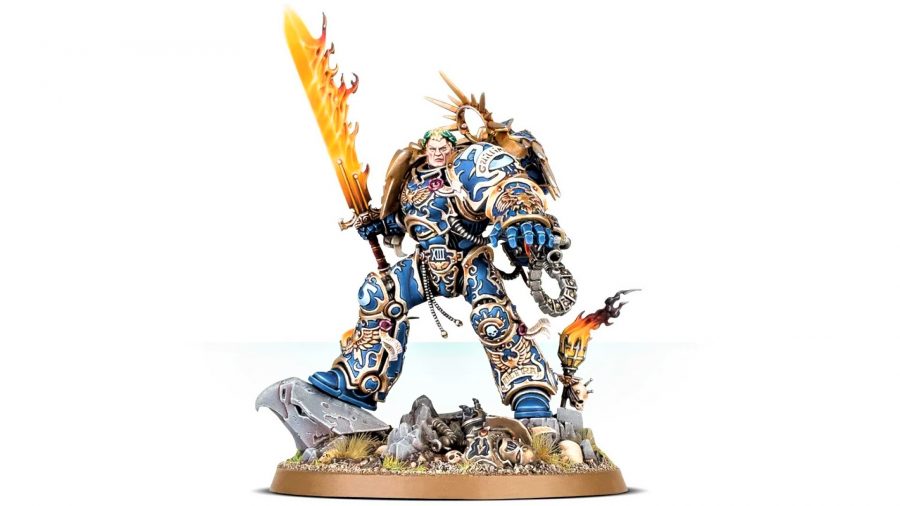 Chief amongst all of these is the Primarch of the Ultramarines and Imperial Regent himself, Roboute Guilliman, who has recently become one of the most powerful characters in Warhammer 40k.

Not only does he have a brilliant model, his ability to help Ultramarines near him reroll all their failed hits (and some failed wound rolls too) is a tremendous boost to any army. Ultramarines players will grumble that he’s no longer the powerhouse of shooting buff mayhem he once was, but a) that’s a good thing for the game, and b) he’s still mighty powerful.

You’ll also find the boys in blue have access to one of the most powerful Psyker models in the game, in the form of Chief Librarian Tigurius.

Tigurius is a super-powered Librarian with the ability to re-roll all psychic powers, Deny enemy psychic powers across the entire board, and drop a -1 hit modifier on another unit that lasts the entire game. Ouch. 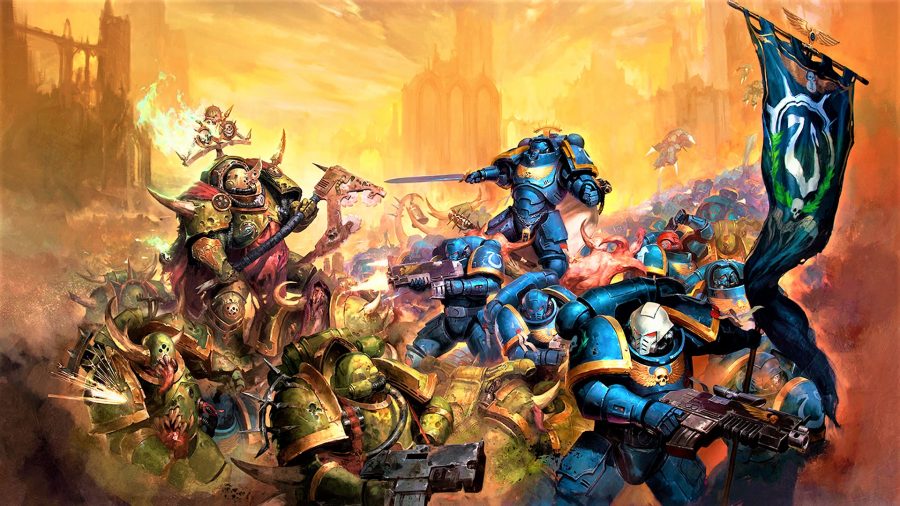 If the Ultramarines have downsides, they’re slim – as they are practically designed to excel in almost any situation. However, if you have a hankering to optimise for one particular playstyle or other, you may find the generalist Ultramarines don’t quite cater to it as well as other, more specialist forces. 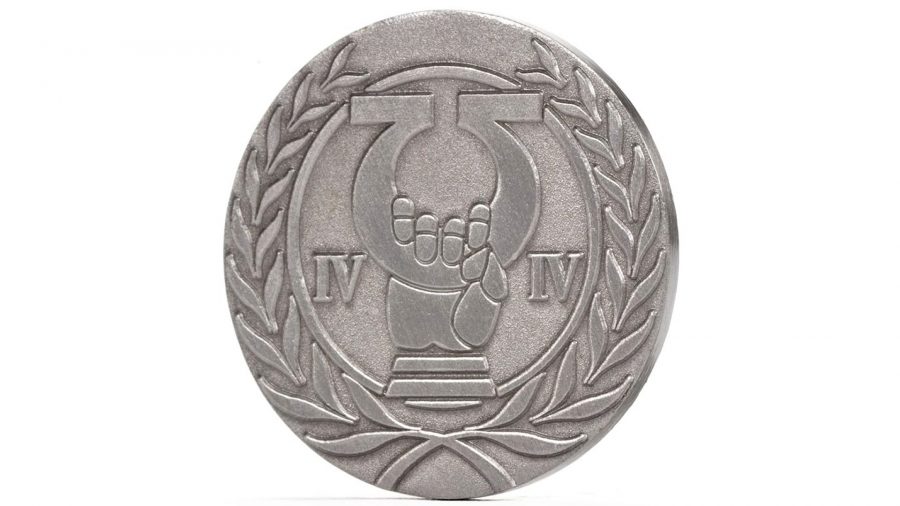 The Ultramarines’ distinctive chapter badge – derived from the ancient Greek capital letter Omega, inverted to resemble a rounded capital ‘U’ – can be found emblazoned all over their armour, weapons, vehicles, equipment, and, of course, displayed proudly on the Ultramarines’ battle standards.

Besides the chapter badge, Ultramarines’ battle dress and iconography is heavily influenced by the aesthetics of real-world ancient Rome, with company and squad numbers written in Roman numerals, gladius-style power swords, laurel wreath rank decorations, and skirts of heavy leather strips integrated into their armour.

Towards the end of Warhammer 40k 8th Edition, in 2019, Ultramarines got their own codex supplement, adding  a whole bunch of new chapter specific rules and upgrades. These rules are still part of the game, but a lot of wording and stats have been updated to be compatible with 9th Edition, via a free Errata document. 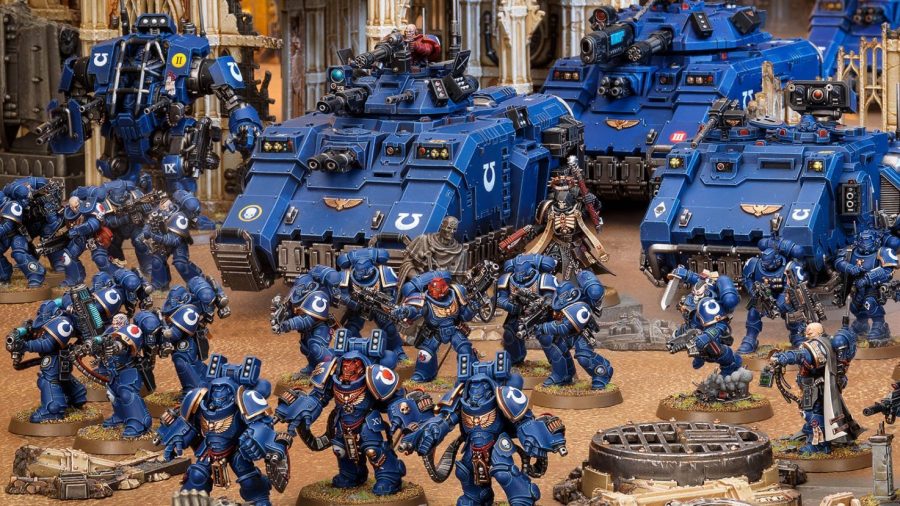 As properly befits such a super-balanced, easy-access starter army, it’s dead easy to start collecting Ultramarines, and it only takes a couple of beginner-friendly kits to get yourself a small, but workable Space Marine force.

In fact, it only really takes one: your first move is to grab a Space Marines combat patrol box – this gives you a compact but powerful, shooting-heavy force of Vanguard Space Marines all in one box, at a discount over buying individual kits. You also get the excellent Impulsor transport tank – a useful wound sink and distraction unit in your early games, and, later on, an indispensable tool for getting your toughest units onto key objectives quickly. Hot tip: give it the Shield Dome; don’t bother with the gun turrets – a 4+ invulnerable save on your Impulsor is very good indeed. 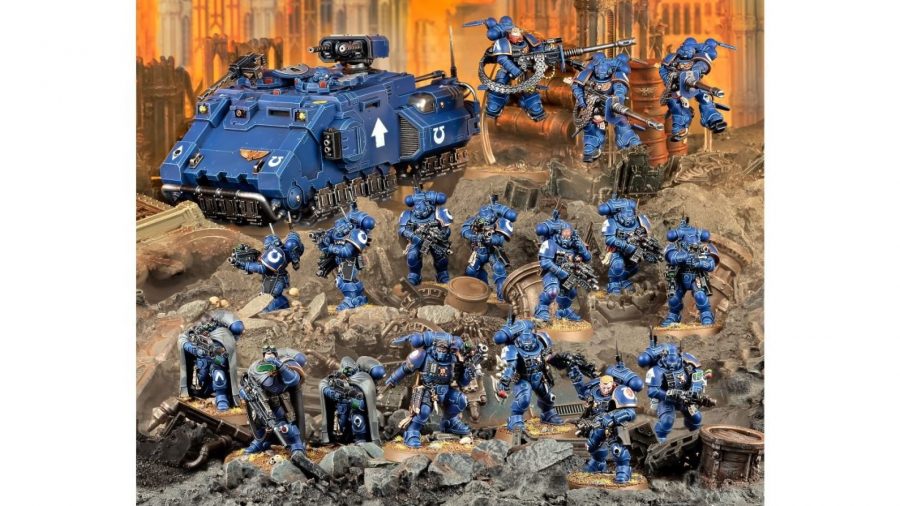 From there, you’ll want more bolt weapon troops to benefit from Ultramarines’ great synergies for Core units – go with either more Infiltrators, or plain old Intercessors with Bolt Rifles.

To maximise your buffs, you’ll also want a second HQ. The simplest choice is a Space Marine Captain (there are many flavours, with different strengths and weaknesses; pick one that suits your list) – but, to be honest, if you’re collecting Ultramarines, sooner or later, you’ll want to grab the big man himself, Roboute Guilliman – so you might as well get it out of the way now. He’s a beast on the tabletop, and a blast to paint, so have no regrets with that one. 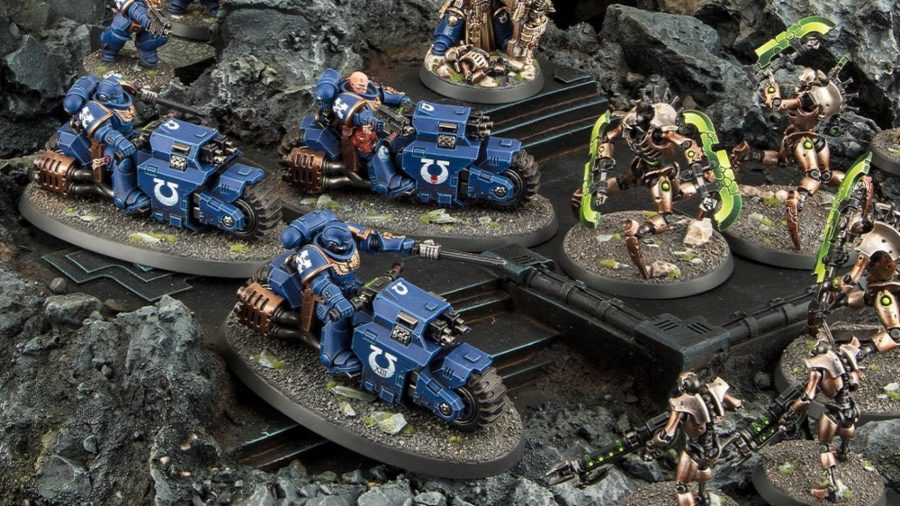 And, once you’ve a strong leader (or Primarch) in your army, you can pretty much go anywhere you like. Pile into Outriders for a super-fast force, shooting accurate volleys on the move; bring in strike teams of deadly Eradicators or bolt-spraying Aggressors from Reserves to break the enemy lines mid-game; or simply muster a coordinated battleline of Intercessor squads to take the field through well-drilled fire manoeuvres, just like in the books. The choice is yours.

I am no man: Our guide to Warhammer 40k’s Sisters of Battle

The Ultramarines are a strong starting army for anyone looking to pick up a fighting force to perform well in most situations. If, however, they’re not what you’re looking for, why not check out the other forces of humanity in our Imperium factions guide, or take a peek behind the veil of the unknown with our Chaos guide.