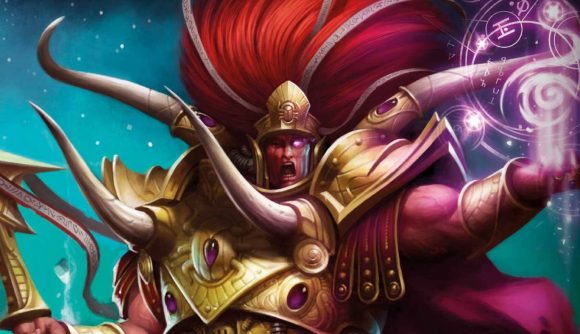 The latest Humble ebook Bundle returns to the deep ocean of lore lurking within Games Workshop’s Warhammer universe(s). Going live yesterday, the Multi-language Tales of Warhammer 2021 bundle includes 18 ebooks spanning both Warhammer 40K and Warhammer Age of Sigmar stories, including novels of the fan-favourite Horus Heresy series. Available until February 24, the bundle spans three price tiers grouped by theme, with every book available to download in English, French, and German, and a portion of your purchase going to the EveryLibrary Institute.

For $1.00 / £0.73 the bundle’s first tier includes six novels set in the Mortal Realms of Age of Sigmar. They are: the Nurgle-tainted Hallowed Knights: Plague Garden, the duardin-focused Overlords of the Iron Dragon, the heroic exploits of Gotrek Gurnisson: Ghoulslayer, the Warband-heavy Shadespire: The Mirrored City, and the Sacrosanct & Other Stories anthology novel.

The bundle’s second tier takes you to the 41st millennium and includes six extra books, for purchase at $10.00 / £7.31. Mark of Faith, Requiem Infernal, Carcharodons: Red Tithe and all focus on the heresy-hunting exploits of the Space Marines and the warrior-nuns of the Adepta Sororitas, while Fabius Bile: Primogenitor follows the dark tale of Chaos players’ favourite sadistic mad scientist. Also included are Farsight: Crisis of Faith, centred on the T’au Empire, and the short-story anthology Nexus + Other Stories.

The final tier,  unlocked for $18.00 / £13.16, jumps back in time and includes the first five novels of the acclaimed Horus Heresy series. Horus Rising, False Gods, Galaxy in Flames, The Flight of the Eisenstein, and Fulgrim explore the opening acts of the bloody civil war that tore apart the Imperium of Man 10,000 years before the events of the miniatures game. Also included are the novels Leman Russ and Magnus the Red, following the adventures of the titular Primarchs. 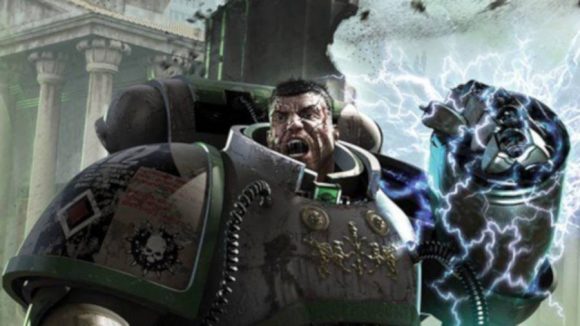 According to the Humble Bundle page, the total collection usually retails for $199 / £146.

EveryLibrary Institue, the bundle’s chosen charity, is a non-profit that supports local libraries in the United States.

If you want to expand your knowledge of Warhammer lore, read our Warhammer 40K: Imperium of Man factions guide and Age of Sigmar armies guide to get started.