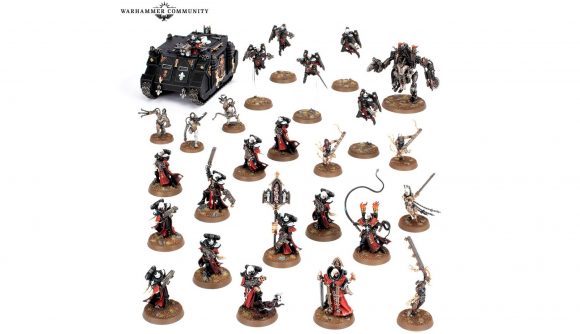 Warhammer 40k’s Adepta Sororitas – a.k.a. Sisters of Battle – are the latest in-game faction to be added to Games Workshop’s growing range of Combat Patrol starter box products, GW announced in its pre-orders roundup article on Sunday.

The Sisters’ ‘patrol box’ of 26 miniatures goes to pre-order on Saturday, July 31, alongside two other hotly anticipated new Adepta Sororitas kits: the eye-wateringly gothic-decorative Castigator Battle Tank, and two character models making up a single unit: Aestred Thurga (banner bearer of the Auto-Tapestry of the Emperor’s Judgement) and Agathae Dolan (Thurga’s Hagiolater, or personal chronicler). As usual, all will ship out a week after pre-orders, on Saturday, August 7.

As per the mandate of these sets to be ‘an army in a box’ – i.e. capable of operating as a coherent, rounded tabletop force, without you having to buy any extra units right away – the Adepta Sororitas Combat Patrol box is a pretty balanced mix of units, though it appears to lean more towards the army’s fighty side than its shooting prowess.

In the box, you get:

Highly anticipated, too, among existing Sisters of Battle players, is the release of the Castigator Battle Tank, described by GW as “the mainstay of the Adepta Sororitas vehicle pool”. It’s kitted out with a turret-mounted battle cannon or autocannons, plus more heavy weapon options in the sponsons and front-of-hull gun port. 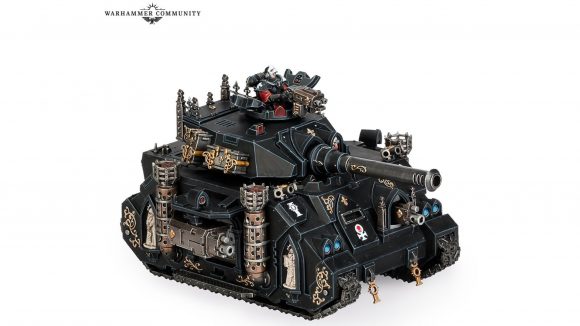 Built on the same Toughness 7 Rhino chassis as fellow Sisters of Battle tanks the Exorcist (a long-range missile barrage specialist) and Immolator (an aggressive, short-range flamethrower tank), the Castigator will fill a role somewhere in between, as general purpose armoured support for the army (which, in general, is mostly made up of fairly vulnerable, Toughness 3 infantry units). 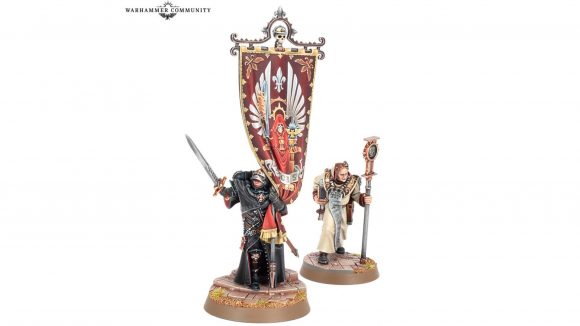 The arrival of Aestred Thurga and her gorgeous battle standard will also add some spice to Adepta Sororitas lists, given the flag’s once-per-battle special ability to activate all six of the Sisters’ ‘Sacred Rites’ army buffs simultaneously, for all Core units within six inches of Aestred.

And, from Forge World, we’re getting a spectacular new model named Lady Credo – in game terms, a Rebel Lord for Necromunda. 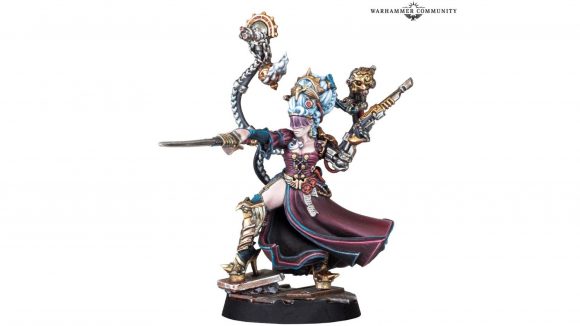 The Sisters of Battle are the eighth Warhammer 40k faction to get a Combat Patrol box since GW launched the new starter army box series in late 2020, to replace the old Start Collecting! Range. You can check out all the other boxes, and a breakdown of their contents, in our full Warhammer 40k Combat Patrol guide.

If you fancy learning more about the Adepta Sororitas themselves, check out our full Sisters of Battle guide.

What else is new in sci-fi Warhammer? Glad you asked: Kill Team 2nd Edition is coming out next month with a spiffy new box set – you can get every scrap of info on the rebooted skirmish wargame in our Kill Team: Octarius guide.