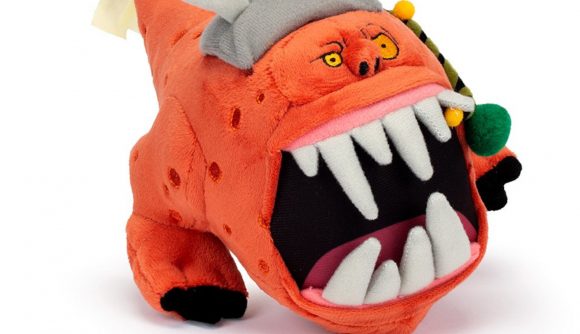 The Orks of Warhammer 40k and Age of Sigmar might pledge their allegiance to the fathers of the Waaagh!, Gork and Mork, but that doesn’t mean they can’t get in the Christmas spirit. To prove just that, Games Workshop today revealed another Warhammer-themed plush toy, coming out this festive season: a squig, baring its teeth, and wearing a pair of reindeer antlers.

It’s not the most substantive release of the year – and we’re yet to see the model’s datacards or warscrolls, mind, so we’ve no idea how it plays on the tabletop – but there’s no denying it’s an interesting addition to the squig line. Get a good look at the 20cm-tall plushie below, which is replete with a red bobble sitting atop its antlers (presumably Rudolph’s nose?).

This isn’t GW’s first foray into the world of plush toys. Back in August, it revealed a cuddly Nurgling, alongside a smaller Gryph-hound of the Stormcast Eternals. All the plushies revealed so far are produced in partnership with gaming merch manufacturer Koyo.

In the same Warhammer Community post, GW also revealed two Warhammer-themed stockings. One is emblazoned with the Imperial Aquila (for those who, presumably, want to decorate their home with quasi-fascist imagery this holiday season), and the other features the symbols of the Chaos gods (for those who feel the call of the Warp). 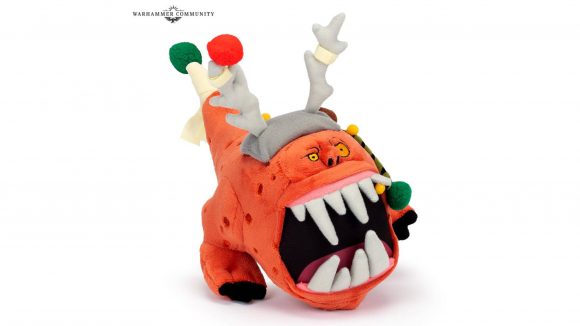 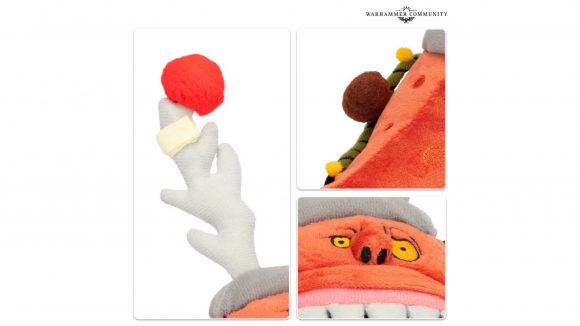 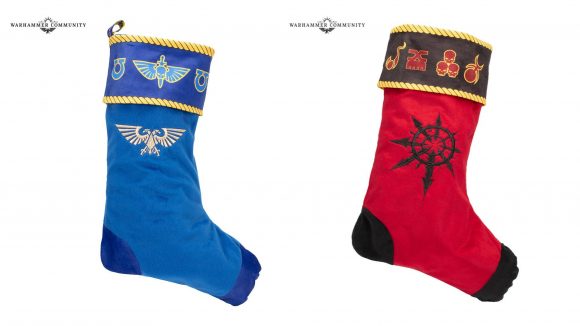 The festive squig and stockings will be available to buy from the Warhammer store from October 23, although no prices have been announced.