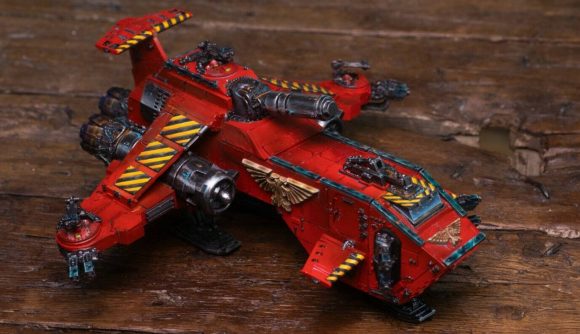 One of the most infamous models in Warhammer 40k has sold at auction for over $35,000 / £25,000. The limited-edition 1997 metal Thunderhawk Gunship was auctioned on eBay yesterday by YouTuber Squidmar Miniatures, who has been recording their building and painting of the mammoth model since January this year.

A high price, this looks to be the most expensive Warhammer miniature ever sold, far surpassing the $1,858 / £1,345 price of Games Workshop’s most expensive retail release, the Warlord Titan. Other original Thunderhawk sets have similarly sold for as much as $10,000 / £7,200 and $6,400 / £4,600 on the second-hand market, but none have fetched as high a price as this model.

Aside from being one of the rarest and most expensive Warhammer 40k models ever produced, the Thunderhawk Gunship has gone on to be something of a legendary miniature among the game’s fans. Measuring 48cm long and 44cm wide, the size of the model supersedes most Warhammer miniatures, and its fully metal hull weighs a whopping 9kg. Combined with the wooden box that its 204 pieces and building instructions were originally packaged in, this is something of a luxury Warhammer mini. 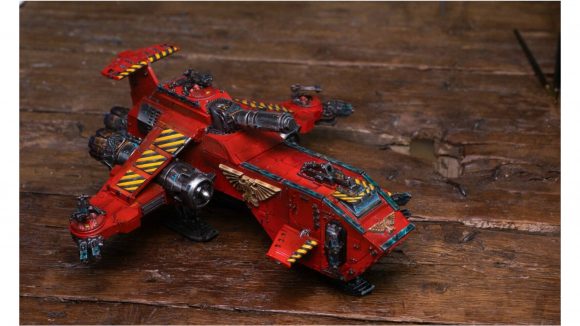 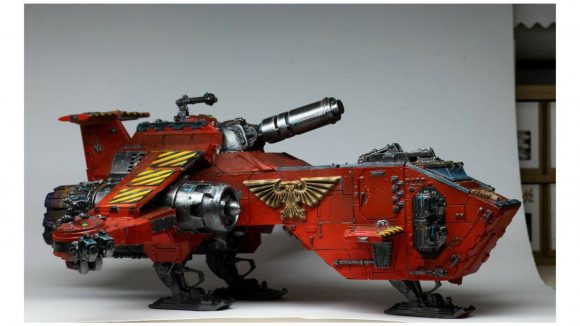 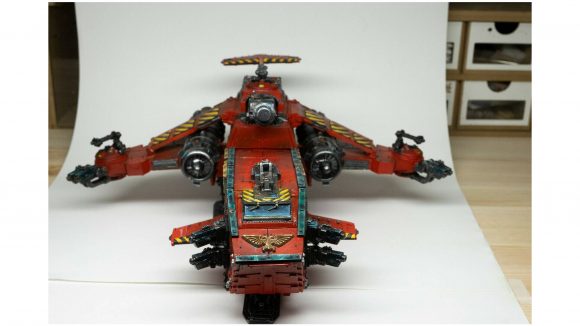 Emil Nyström – the face of Squidmar Miniatures, who built, painted, and sold the Thunderhawk Gunship – bought the model earlier this year “for a reasonable price”, before going on to document his process of building and painting the gunship on his YouTube channel. The eBay auction page said the model would be shipped in a “pelican like” case custom cut to fit the ship. After all, it would be a shame if it broke in transit.

In a video posted to Nyström’s channel a couple of weeks ago, they said the model had been sitting on a shelf, collecting dust since they completed it. They said their enjoyment came from building and painting the gunship, rather than owning the final product, and that they “don’t feel the need to have it anymore”. 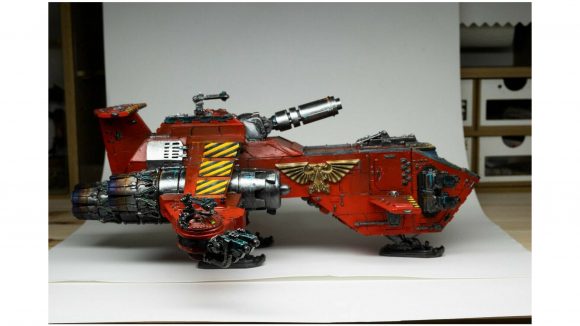 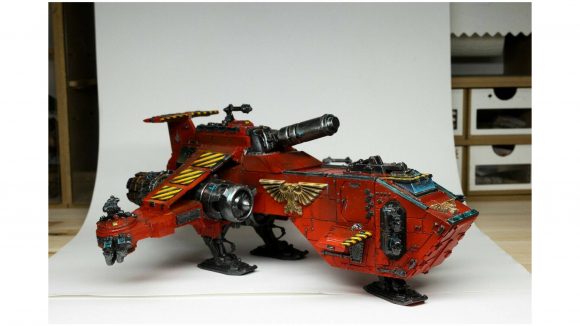 Getting your hands on your own Thunderhawk Gunship doesn’t need to be quite so expensive, mind. A new, fully resin version of the model is available to buy on Forge World, although that’ll set you back an eye-watering $735 / £532.

If you fancy having a go at painting your own Thunderhawk, read our guide to the best paints for miniatures to find out which pigments to buy.