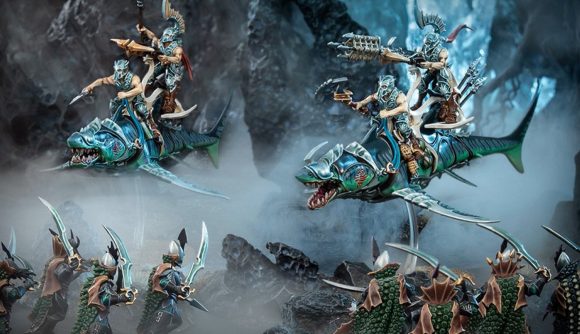 Just when you thought it was safe to go back in the water, Games Workshop announces it’s boosting the power of Warhammer Age of Sigmar’s snappy shark-riders, the Akhelian Allopexes. Previewed in a Warhammer Community article on Monday, the new rules for these voracious selachian cavalry units will appear in the upcoming Idoneth Deepkin Battletome. That Battletome’s release date is unknown as yet, but we strongly suspect it’s mere weeks away.

The most unique new rule for the Akhelian Allopexes is the Bloodthirsty Shiver, a Fuethán allegiance ability that makes them hunt in a school, dishing out more damage when you have several on the battlefield. Essentially, when you field three units of single Allopexes, (no couples, we don’t want to leave any sharks third-wheeling), you can pick one each combat phase to deal an extra attack with its Ferocious Bites on a hit roll of six. If it’s within three inches of another model in the Shiver, the shark can chomp again, and do two extra attacks instead.

Of note, while all Idoneth factions will be able to pack some sharky pals in their armies, to reflect their ties to the aggressive and bloodthirsty Warriors of Fuethán, the Fuethán enclave will now be able to take Akhelian Allopexes as Battleline units.

A few more extra rules complete the update. With a confusingly similar name to the allegiance ability, the Merciless Shiver rule allows multi-model units of Allopexes to stay coherent three inches apart, instead of just one. The riders themselves have had a boost too. They’ve learned how to fire their harpoons better (it’s trickier than it looks underwater) and now deal D3 damage (up from always doing one) upon a successful wound. 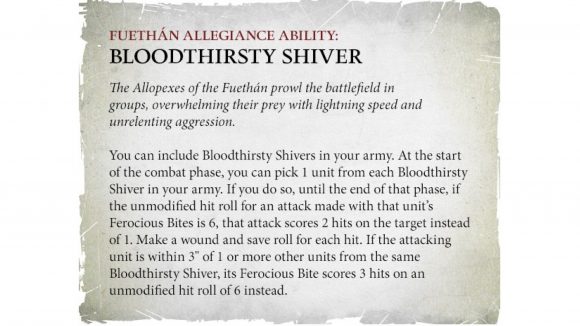 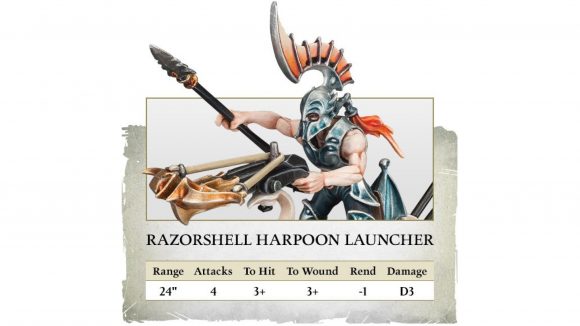 GW revealed its Battletome roadmap on February 1, sharing the first four Age of Sigmar factions slated for new rules in the first half of 2022. Idoneth Deepkin are first on the list, alongside the Fyreslayers, and both have Battletomes scheduled for winter. We’d have thought that meant February, but it’s late in the month, and fairly few teasers have been shown so far, so perhaps March has switched seasons?

Want to know more about the folk swinging swords and spells in Age of Sigmar? Check out our Age of Sigmar armies guide to learn your ogors from your orruks. And if a sea of grey, unpainted plastic keeps looking up at you accusingly, our miniatures painting guide might be just the inspiration you need to add a splash of colour.