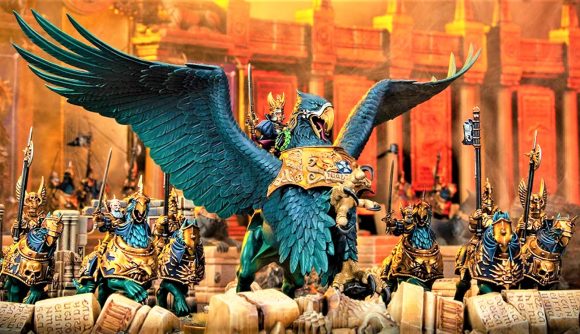 Warhammer Age of Sigmar’s Cities of Sigmar army gets a modest update to its Battletome rules in the most recent issue of Games Workshop’s in-house White Dwarf magazine – including two new Mount Traits, one new Grand Strategy, and two new Battle Tactics for the flagship, head-to-head Matched Play game mode.

Besides that, the army also gets two new Twists and one Ruse for the Open Play mode, three pages of rules for the Path To Glory narrative campaign mode, and ‘The Devouring Fogs’ – a chunky eight-page dedicated ‘campaign arc’ guide for two players, themed around the Cities of Sigmar fighting any old Chaos, Death, or Destruction army.

The stand-out new rule is probably the Mount Trait Soaring Guardian, for a Hero with a Griffon mount. When a Hero with this trait would be slain, you’ll roll a d6 and, on a 2+, not only will your model stay alive; you remove it from the battlefield and drop it back down anywhere on the board (more than nine inches from enemies) with d3 wounds healed back. A very tasty emergency ejector seat to keep your Freeguild General on Griffon alive if they’ve bitten off a bigger fight than they can chew.

The Mighty Beachhead Grand Strategy is, at the very least, a highly flavourful mission for Sigmar’s noble, reclaiming armies: You’ll complete it by controlling more terrain features than the enemy at the end of the game (mind, though, that if the enemy has brought faction terrain features, these will count for three when working this out).

And the new Sanctify Battle Tactic could make Flagellants – Sigmar-worshipping, self-castigating, zealot troops that should be familiar to any players of Warhammer Fantasy Battle or the Total War: Warhammer games – slightly more interesting. You score this Battle Tactic by moving a Flagellants unit within six inches of an objective marker in enemy territory, that started off the turn more than six inches from that objective. Simples. 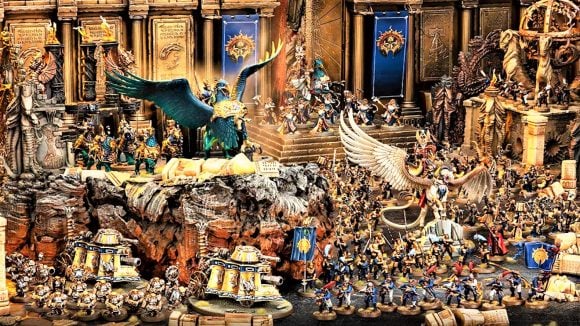 These new Cities of Sigmar rules arrive after the previous issue of White Dwarf, issue 469, brought a similar upgrade for the already quite powerful Seraphon faction, including new Mount Traits and significant terrain-related buffs.

Cities of Sigmar is a single in-game army representing the many motley crews of God-King followers (be they humans, dwarfs, or elves) holding out against the depredations of Chaos. It became a fully fledged Age of Sigmar army, with its own dedicated Battletome rulebook, in 2019 – subsuming various smaller forces of Order (such as the Dispossessed dwarfs) which had been around since Age of Sigmar’s original 2015 launch. 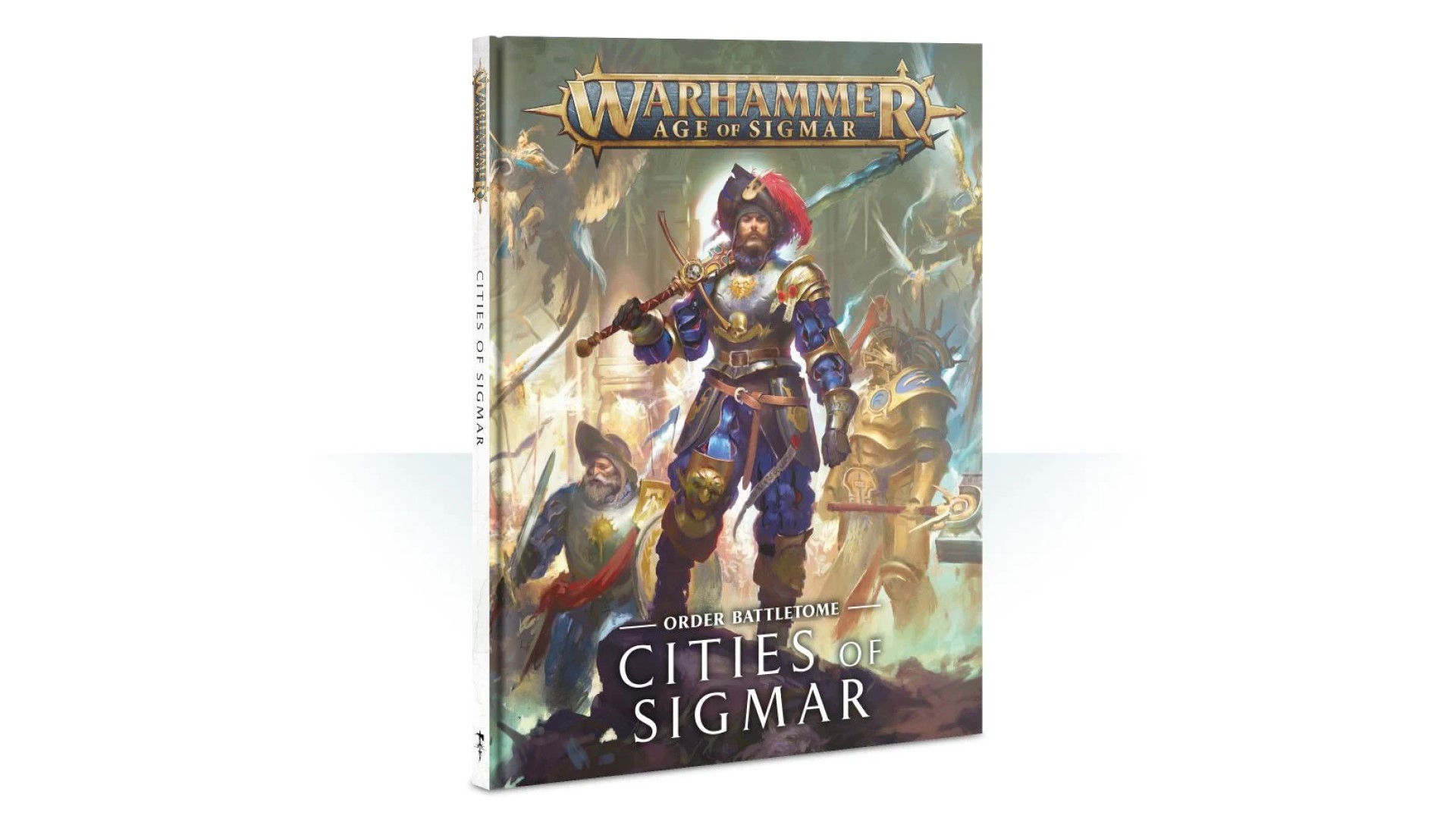 Want to get an overall grounding in the forces at play in Warhammer’s Mortal Realms? Check out our guide to all the Age of Sigmar armies. Alternatively, focus in on Sigmar’s champions the Stormcast Eternals, or the pale-skinned Midnight Aristocracy – the Soulblight Gravelords.