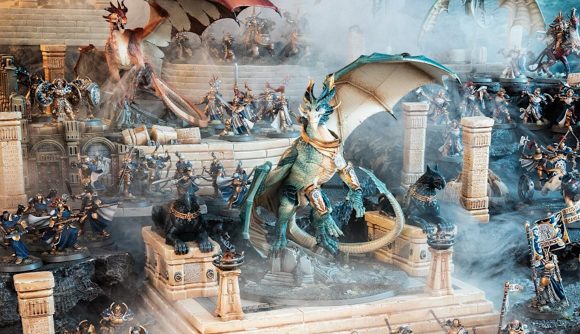 Dragons are currently all the rage in Age of Sigmar’s Mortal Realms. We’ve had a look at the new pair of Draconith Heroes making their way to the ranks of the Stormcast Eternals, and had a glimpse of the dragon-riding Stormdrake Guard. In a Warhammer Community post yesterday, Games Workshop revealed some of the scaly rules we can expect for the pair of Dragon Princes, Krondys and Karazai.

Unsurprisingly, fire breathing is their foremost speciality. Blazing Tempest lets both dragons deliver guaranteed Mortal Wounds at an 18-inch range: one Mortal Wound on a roll of one to two, d3 Mortal Wounds on a roll of three to four, and d6 on a roll of five to six. But they’re not only ranged beasts. Calamitous Tail hits and wounds on a 3+, and lets each dragon attack as many times as there are enemy models within a 3” range. That should be good for clearing up a group of damaged, but not quite dead enemy units.

Each dragon also has its distinct abilities intended to imitate its personality in the lore. The scarred Karazai is all aggressive biting and meaty offensive attacks, while the wizarding Krondys is more supportive and magical in his playstyle.

Fires of Vengeance gradually buffs Karazai’s stats throughout the battle. His melee weapons increase by one Attack for every Hero or Monster he kills, his charge rolls increase by one for every unit he destroys with Wounds of three or more, and he can heal one wound for every enemy unit he destroys with Wounds of two or less. The idea is to shove Karazai right in the heat of battle to let him wag his tail and scratch about. 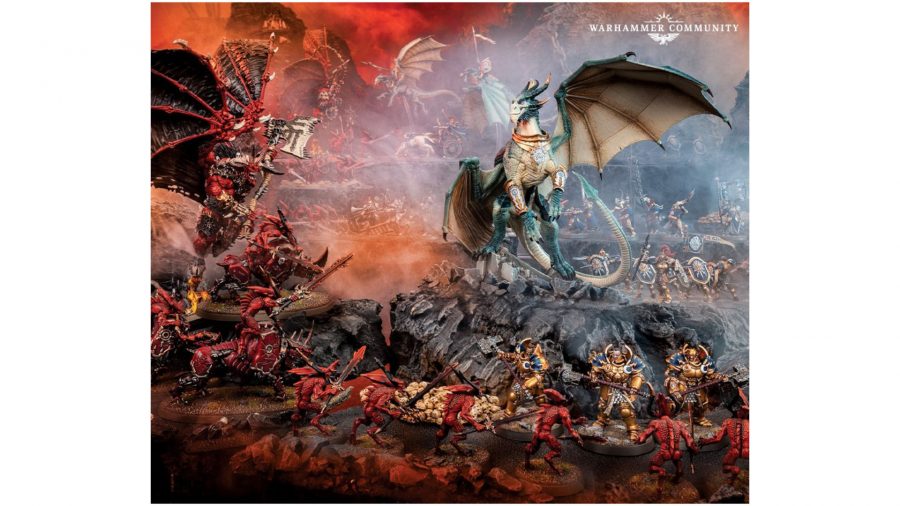 Games Workshop says Krondys also has a few offensive magical abilities to play with; able to cast two Lore of the Storm spells per turn, and add three to his magic casting rolls. But it’s his Atavistic Tempest spell that really shines. A potpourri of debuffs, Krondys can subtract one from the Hit Roll, Attack, Save Roll, or weaken the Rend of any enemy unit within a 24-inch range.

And range won’t be too much of a problem for this pair. Their bases look suitably ginormous for centrepiece models hulking around the tabletop. 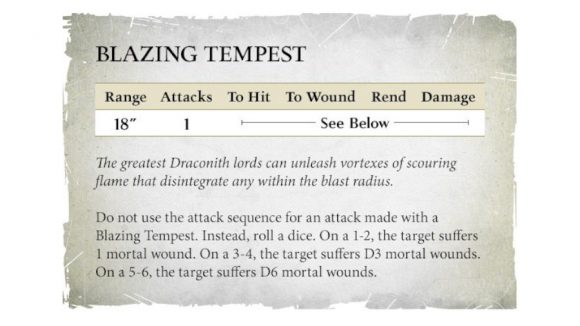 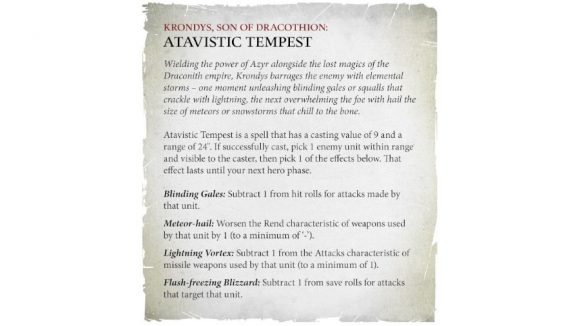 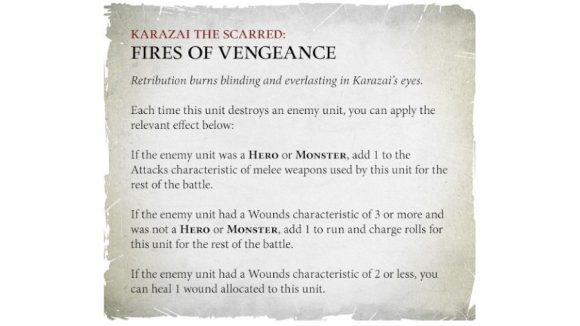 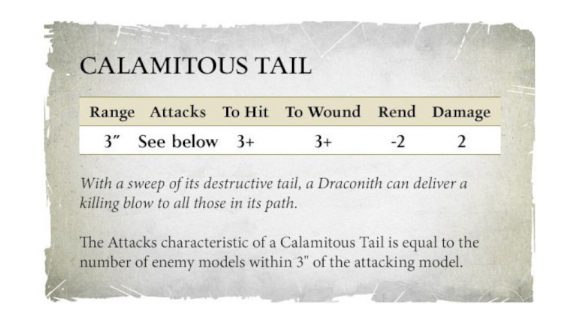 The Draconiths’ full rules will be found in the Stormcast Eternals third edition battletome, due out sometime this month. Along with 76 Warscrolls, it will contain the usual assortment of battalion rules, artefacts of power, and lore dumps. No word on an exact release date, but we do know the updated Battletome will let Stormcast armies take a quarter of their units from the Cities of Sigmar faction.

In preparation, why not brush up on your knowledge of the Mortal Realms with our Age of Sigmar armies guide. Or, if futuristic power armour is more your thing, read our guide to everything we know about Kill Team: Octarius, releasing later this month.