A long time ago – but also quite recently, sci-fi fans have enjoyed Star Wars comics. From the vibrant world of the Expanded Universe (sorry, ‘Legends’) to the modern adventures of Disney’s new canon, the world of Star Wars comic books offers a wealth of stories, and a new window on the galaxy far, far away.

If you want to extend your Star Wars experience beyond the movies and TV series, but aren’t desperate to dive into a load of lengthy novels, Star Wars comics are a great option. The best Star Wars comics are easily accessible, with enticing visuals and engaging stories. They provide fresh interpretations of your favourite heroes and villains (as well as introducing you to some new ones), fill in backstories, flesh out settings, and ultimately leave their readers with a richer understanding of the Star Wars universe.

There are tons of Star Wars comics to try, but you’d be as wrinkly as Yoda by the time you got through them all. You probably don’t have The Force to guide you in your comic-reading journey, so we’re here as the next best thing. Whether you’re brand new to Star Wars comics, or a long-time fan looking for the next series to dive into, we’ll let you know which Star Wars comic books are most worthy of your valuable time, and which can be left for the trash compactor monster.

Oh, and, it might go without saying, but we’ll do our best not to ruin any major twists. Only Sith deal in spoilers!

Now let’s Force push on (sorry, not sorry) to…

The best Star Wars comics of all time: 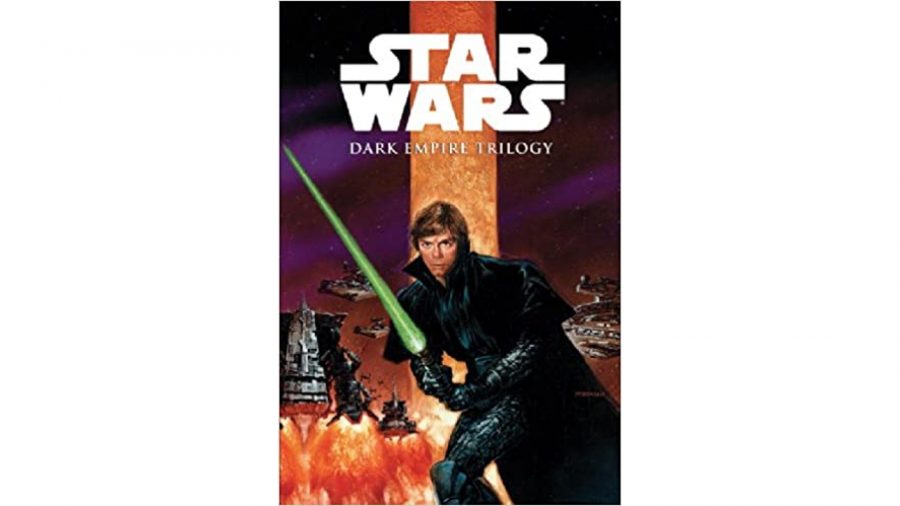 We’re kicking things off with a comic that holds a special place in the hearts of many fans. When Dark Horse Comics launched Dark Empire in 1991, the Star Wars franchise’s status as a household name was waning. Eight long years had passed since Return of the Jedi, and there wasn’t much on the horizon for Star Wars followers to look forward to.

Dark Empire came to the scene and reignited the old excitement (insert lightsaber activation sound effect). It’s not just worth reading for nostalgia’s sake, either; it has an enjoyable storyline (one that inspired the controversial Rise of Skywalker) centred around Palpatine coming back as a clone and trying to seduce Luke to the Dark Side… But not in a sexy way, sorry – try not to form that mental image.

Of all the numerous Star Wars comics, Dark Empire is arguably the most historically important. It can take a great deal of credit for reviving the franchise and setting Star Wars’ star rising again. Good job, Dark Empire! 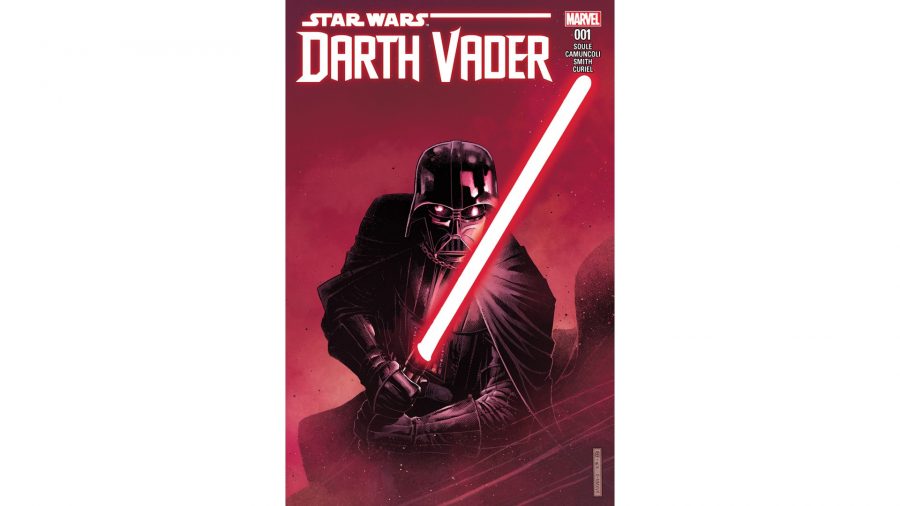 You know that awesome scene in Rogue One? Yeah, you know the one. Well, if that left you clamouring for more than a glimpse of Darth Vader being a badass bad guy, and you also like well-written villains with a great deal of depth, then 2017’s Darth Vader: Dark Lord of the Sith is the Star Wars comic for you.

Darth Vader: Dark Lord of the Sith picks up right after the “Noooo!” in Revenge of the Sith and follows the fledgling Sith Lord on his ‘antihero’s journey’, as he hunts down Jedi, wrestles with his past, and builds a sweet castle – just ‘cos. It’s a nonstop ride, with each issue ending on a revelation that leaves you clamouring for the next.

With a dark and compelling plotline, stunning artwork, and believable motivations for Star Wars’ (sometimes a tad one-dimensional) arch-villain, the 25 issues of Dark Lord of the Sith not only demonstrate the very best that Disney Star Wars has to offer, they’re also some of the best Darth Vader content you’ll find, fullstop. Yes, even better than that Rogue One scene. 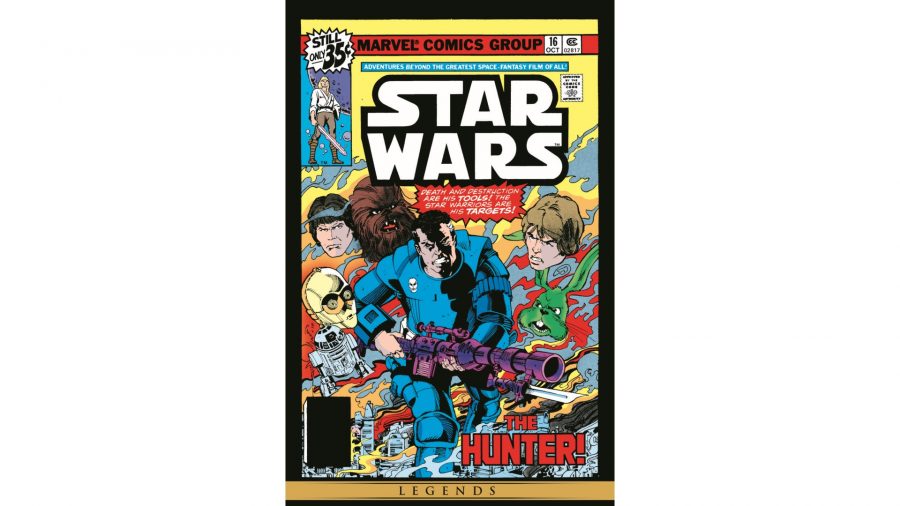 Before either company came under the watchful eye of The Big Mouse, Marvel was tasked with making the very first Star Wars comics. And so they did, turning out 107 issues in total between 1977 and 1986. This is the best Star Wars comic if you’re looking for a retro kick.

The first Marvel Star Wars comics have their ups and downs, but are enjoyably retro.

You can instantly tell it’s from the old Marvel era from the art alone, as well as some of the – let’s say zanier – content within (space rabbits feature, and yes, they are green). A product of a time when there wasn’t much existing Star Wars lore to go off, this is one where we’d perhaps recommend dipping into the very best issues, rather than reading through the whole thing. Coming in around the halfway mark at #52 will give you an epic-scale (but easy-to-follow) story in ‘To Take the Tarkin’, followed soon after by the arrival of the comic’s greatest villain, Lumiya, Dark Lady of the Sith. That’s where we’d suggest you jump on board. 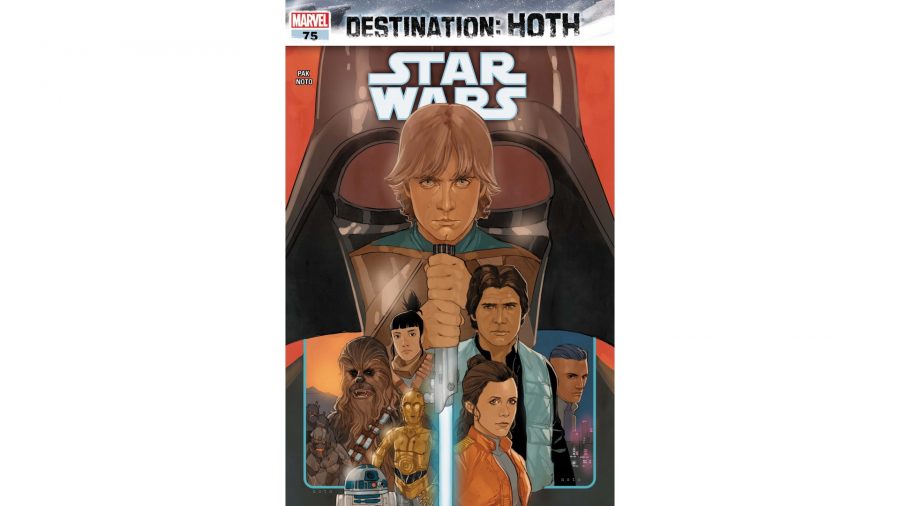 From the old to the new! The first comic in Disney’s new canon, simply named ‘Star Wars’, has its detractors, and it’s fair to say it got off to a bit of a shaky start with its first issues, especially when it comes to the characterisation of main heroes Luke, Leia, and Han Solo. However, the series soon finds its feet, and in the seven years it’s been running, has produced plenty to enjoy, from flashbacks to Obi-Wan’s adventures on Tatooine in ‘The Journals of Ben Kenobi’ to Darth Vader causing chaos in ‘Vader Down’.

While it’s perhaps not as out there as Marvel’s original run, this is a Star Wars comic with a really classic feel to it. It follows the heroes riding high after the destruction of the Death Star at the end of A New Hope (I’m sure that’ll be the last giant space weapon the Star Wars galaxy ever sees) and is a must-read for megafans of the original trilogy. That’s all Star Wars fans though, right? 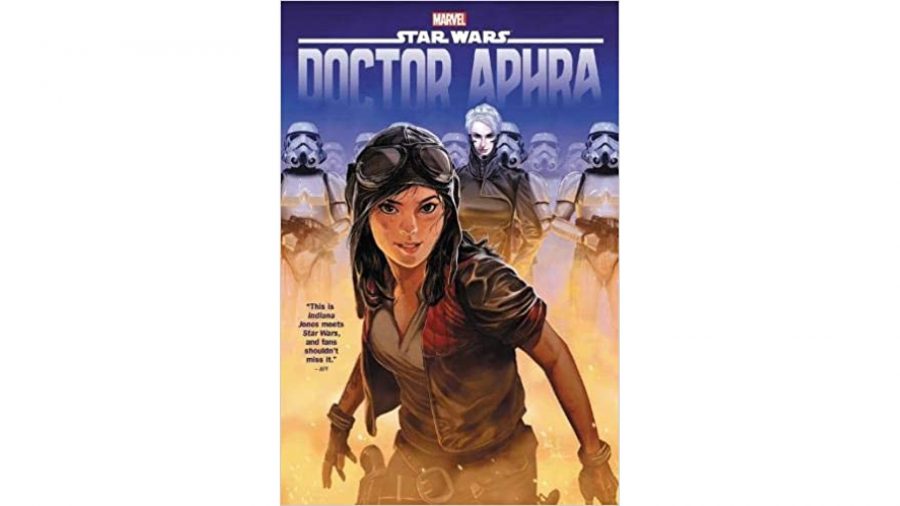 Originally created in Kieron Gillan’s much-loved 2015 Darth Vader comic series, space archaeologist Doctor Aphra got to star in a comic of her own just one year later. Doctor Aphra follows the titular character as she goes Indiana Jonesing around the cosmos, exploring, causing disaster, and getting into trouble with both the Rebels and the Empire.

Taking the spotlight off the usual light vs dark struggle we so typically see in Star Wars, Doctor Aphra follows the POV of someone who doesn’t give a fig about all that guff (Han Solo came around on this far too quickly). One fantastic part of this series is that Aphra’s job title provides an excuse to play with Star Wars history, showing us snippets of the past as the main character dives into ancient temples to seek hidden relics.

The Doctor Aphra comic has a colourful collection of characters, and though it’s clearly an adult, rather violent series, it also has a strong sense of humour. Doctor Aphra herself is a character with roguish roots, and the series follows her as she starts out from morally grey (rather a dark grey at that) and gradually grows into a more compassionate character. 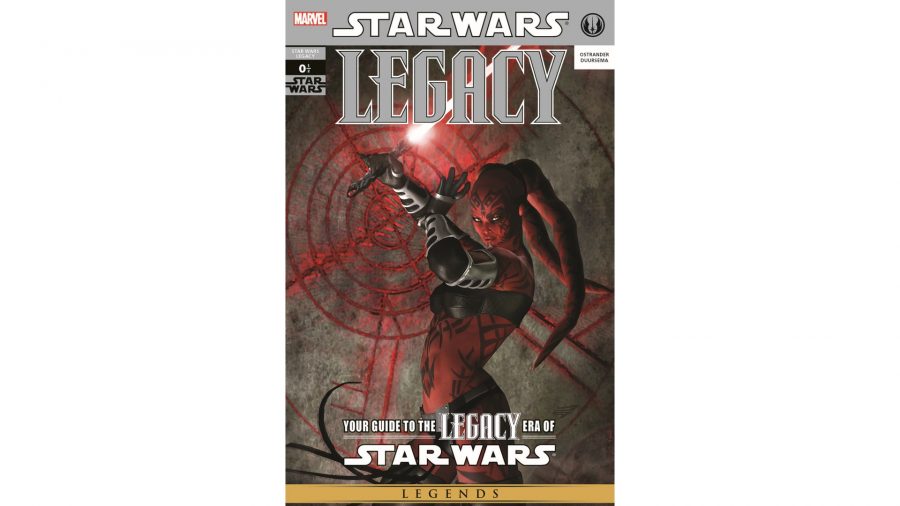 Released in 2006, and set 130-something years after The Return of the Jedi, Star Wars: Legacy follows a bounty hunter descendent of Luke Skywalker. Set in a new era of the Star Wars galaxy, where the Sith have taken control once more, Legacy jumps on a speeder bike and shoots off far, far away from any previously established Star Wars lore.

Take it to the tabletop: Star Wars Legion expansions guide

While it’s part of Legends, and makes references to the concepts and characters of the Expanded Universe, none of this factors into the plot that much. If you’re jaded with current Star Wars and also can’t be bothered to keep track of the EU, if you just want a palate cleanser, something totally new, then Star Wars: Legacy is the best Star Wars comic for you. Also, the series’ red-skinned Twi’lek Sith Darth Talon is twice as cool as Darth Maul. That’s right, I said it. 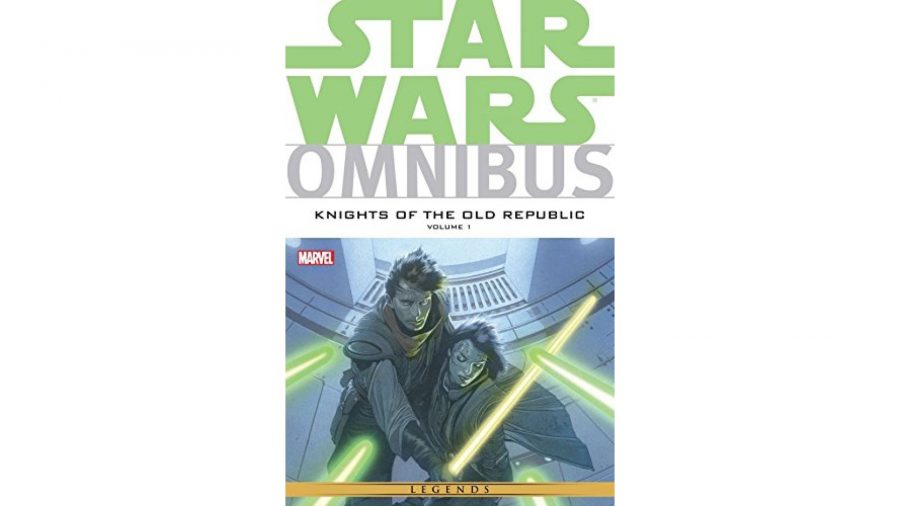 Knights of the Old Republic

You loved the games, now read the comic books! That said, don’t actually expect the Knights of the Old Republic comics to be much like the popular video game series from the early 2000s. The setting is the same (though slightly earlier in time – these are prequels) and eventually there are tie-ins, but for the most part the characters and storylines are brand new.

Tangentially related to the games, Knights of the Republic is better suited to fans of The Mandalorian

2006’s Knights of the Old Republic focuses on Padawan Zayne Carrick, who’s on the run after being accused of a crime he didn’t commit. You gotta wish these Jedi would stop playing the blame game, it seems to only cause trouble.

Anyway, the comic’s got a fun cast and an interesting plot line delving into a Jedi conspiracy. It’s also got a load of Mandalorian content, so if you’d like more chrome-plated, jetpack riding supersoldiers in your Star Wars, Knights of the Old Republic has you covered.