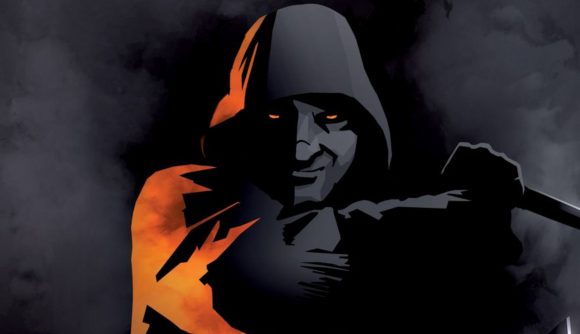 Popular gothic-fantasy tabletop RPG Blades in the Dark is making its way to the small screen. The roleplaying game of thieving scoundrels, daring heists, and occult mysteries is to be adapted into a television series by Warp Films, with the creator of the original RPG John Harper involved in the project. No release date or production timeline for the show has been announced.

Revealed by Screen Daily and confirmed by Harper on Twitter yesterday, the upcoming Blades in the Dark adaptation will be brought to screens by the same production company behind acclaimed TV miniseries This Is England, which chronicles the fallout of the skinhead subculture and the mod revival scene in Northern England. Warp Films also produced this year’s film adaptation of the coming-of-age musical Everybody’s Talking About Jamie.

A much-acclaimed tabletop RPG, Blades in the Dark places your party in the industrial city of Doskvol as a crew of scoundrels looking to make your fortune. With each player taking on a specific role within the crew, you’ll embark upon various illicit deeds – including heists, smuggling runs, and assassinations – to earn a pretty penny, while evading the rival criminal gangs, the city watch, corrupt noble families, and supernatural ghouls.

Kickstarted back in 2015, Blades in the Dark has gone on to become a favourite among tabletop hobbyists, and is often praised for its streamlined heist-planning mechanic. Rather than having you sort through the nitty-gritty details of your operation, you’ll select a general ‘plan’ to follow, before cutting to the action and dealing with various obstacles your GM might throw your way.

Blades in the Dark is being developed for television! I'm thrilled to finally share this news with you all. The people at @WarpFilms are amazing — I'm so excited to work with them to bring the world of Blades to life on screen.https://t.co/ifnz2C3TJg

As well as performing actions in the present moment, you can also invoke the game’s ‘flashback’ mechanic, jumping back in time to explain how you and your crew prepared for the troublesome encounter when planning the operation, such as bribing a guard to allow you entry into a compound.

Wargamer has reached out to Harper and Warp Films for comment, and will update this story as further information is received.

In the meantime, read our pick of the best tabletop RPGs for more roleplaying  inspiration.