Warlord Games, maker of the Bolt Action and Black Powder miniatures games, announced back in January it would be making a  videogame adaptation of its tabletop aerial combat WW2 game, Blood Red Skies – but the developers eventually cancelled the project on March 16, after its Kickstarter campaign made less than half its £60k minimum target.

Blood Red Skies: Digital Edition was planned to be the debut title of Diecast Digital, a new studio formed by videogames industry veterans who’ve worked on everything from the classic Independence War franchise from the 90s, to Sonic All-Star racing in more modern times.

And the game’s Kickstarter crowdfunding campaign started on February 20, getting off to a decent start – but, by March 16, four days short of the campaign’s end, it had only raised a little over £20k of its £60k funding goal. Diecast duly announced the project cancelled on Kickstarter, saying: “Clearly, we have fallen short of the mark on this occasion. However, this is not the end of the runway and we have exciting plans for the future!”

The digital version was intended to feature up to 18 aircraft per side, either in single-player battles against the AI, or head-to-head in online multiplayer. It had also aimed to feature the action card system from the tabletop game. 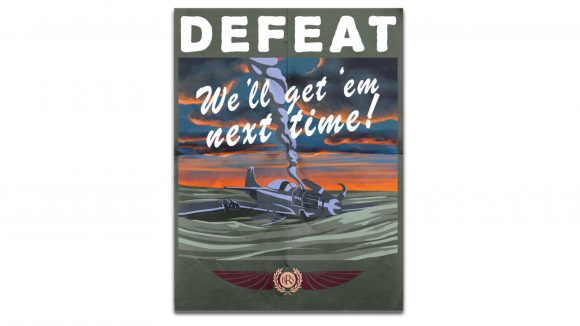 Its base set is focused on the Battle of Britain, but plenty of rules and miniature expansions have been released in the years since, as you can see from Warlord’s official page for the Blood Red Skies product line.

Or, if you prefer wargames without tape-measures, try our guide to the best war board games.

NB: This article originally covered the game’s announcement, and has since been updated to reflect its subsequent cancellation.