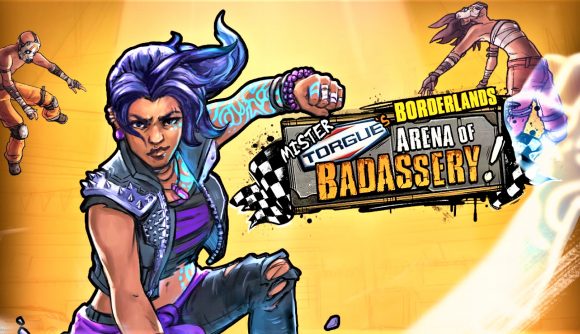 A brand new, officially licensed Borderlands board game is on the way, featuring plastic miniatures of multiple playable characters and classic enemies from Gearbox Software’s wildly successful shooter videogame series. Titled Mister Torgue’s Arena of Badassery, it’s due to start crowdfunding via Kickstarter on November 30. We don’t yet have any details on tiers or pledge prices.

According to the game’s Backerkit promotional page, it’s a co-operative board game in which “you and a team of Vault Hunters enter Mister Torgue’s Arena of Badassery™ to face off against his collection of skags, bandits, and assorted psychos”.

The Backerkit page – which features a clock counting down to the game’s Kickstarter launch at 2pm ET / 7pm GMT on November 30 – also says there’ll be two modes of play: a “one-off battle” mode, and a campaign mode. In the latter, you’ll play sequential games, and level up your Vault Hunters in between, able to “[visit] vending machines to buy better gear, advance your character using unique skill trees, equip epic new guns, and enter the next game even more BADASS than before”.

As for the all-important miniatures, the game’s creator – Charlottesville, Virginia-based studio Monster Fight Club – hasn’t yet let slip any specifics. But the promotional images it’s shown off so far suggest that at least eight sculpts are already complete: four heroes (including Claptrap) and four ‘Psycho’ enemy miniatures, including one Badass Psycho. 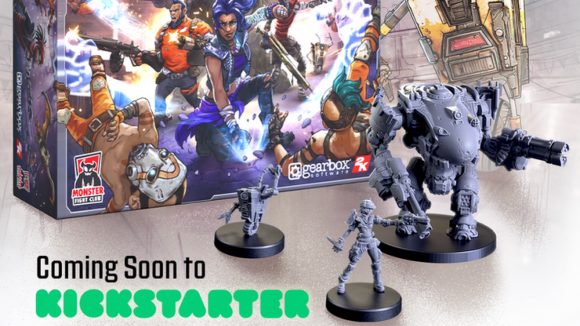 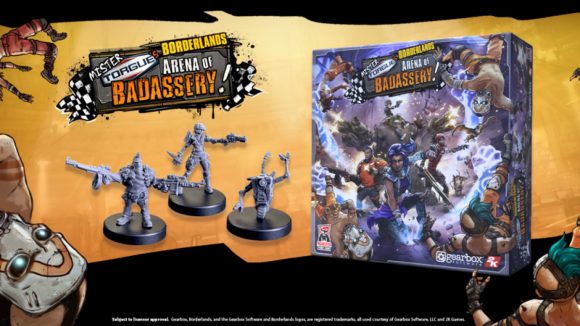 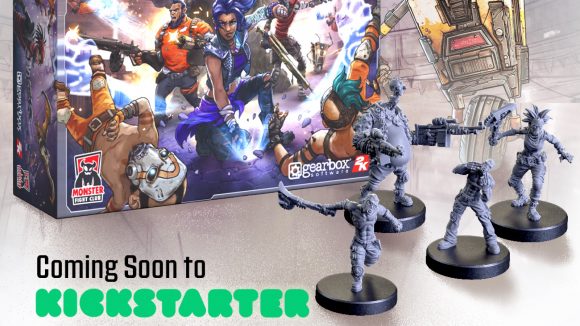 We’ll keep you updated with more details on Borderlands: Mister Torgue’s Arena of Badassery as we get them – most likely through the planned Kickstarter launch at the end of the month.

Fan of the colourful, chaotic creations that live at the intersection of videogames and board games? You may also be interested in the upcoming Total War: ROME: The Board Game; or even the recently announced Mega Man board game.