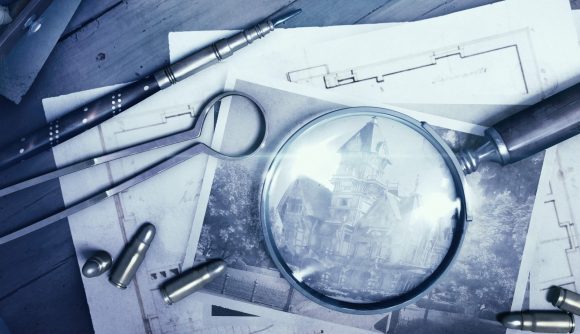 Publisher Space Cowboys, the company behind the famously fiendish Sherlock Holmes: Consulting Detective board game, is releasing a standalone solve-em-up based on the works of H.P Lovecraft. Titled ‘Bureau of Investigation: Investigations in Arkham & Elsewhere’, it’s a cooperative detective game adapted from the Consulting Detective formula. It’s available to preorder now at online retailers (with a RRP of £37.99, though some outlets are offering it for cheaper) and is set to release this March.

In Bureau of Investigation, players are agents who must “follow leads, question witnesses, find clues, and take action”, while exploring 1920s Boston, Arkham, and “exotic lands”, according to the game’s product listing, which appeared on retailer Zatu’s site on Sunday. Standard detectiving fare then – though we can assume the five mysteries you’ll tackle in Bureau of Investigation will be rather more supernatural than the cases that come to the door of 221B Baker Street.

Given that the mystery-solving in Lovecraftian works is often just window dressing for the reveal of unspeakable horrors, it’ll be interesting to see how the gameplay of Consulting Detective is adapted for this new genre. How do you suss out the motives of a Shoggoth or catch Cthulhu red (mottled grey) handed? Space Cowboys promise “some new twists and mechanics” in the upcoming title, so perhaps there’ll be a system for witnessing a space beast so terrifying your brain melts out your ears.

At any rate, it’s a natural direction for Space Cowboys to take Consulting Detective after tackling the capers of the world’s most famous detective, and indeed, a twist other publishers have tried before. 8th Summit’s game Mythos Tales, for example, mixed mystery-solving adventure book gameplay in the same vein as Consulting Detective with stories of cults and tentacles, when it came out in 2016. 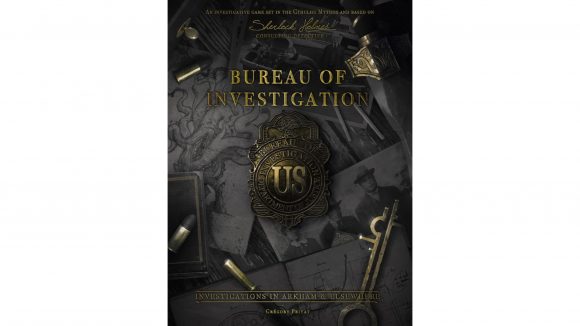 Space Cowboys is yet to reveal many details about the upcoming Bureau of Investigation, beyond the base description. Some stores specify that it’s for one to eight players and for ages 14+ (like the original Consulting Detective) with a playing time of two to four hours. It’s expected to release some time in March 2022.

Consulting Detective is well known for being a great game to play with a partner, but if you’ve had your fill, here’s 18 more couples’ board games you might like to try. Or if you want to test your highly trained case-solving brain at a more macro level, take a look at our guide to the best strategy board games.