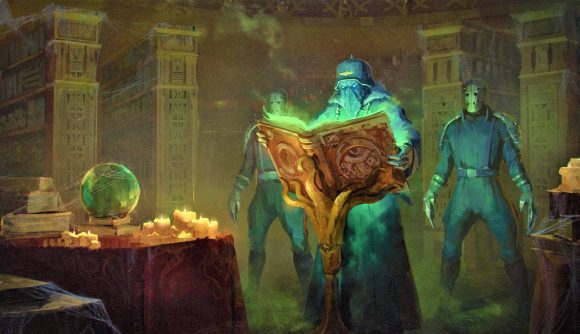 Against The Gods Themselves will take place in the same core Lovecraftian setting as Modiphius’ first major game, Achtung! Cthulhu, but with stories spread throughout history, rather than focusing on WWII only – and it’s aiming to cover a lot of different formats, according to Birch. “It’s gonna be a big miniatures range, it’s gonna be an RPG, it’s gonna be novels,” he says. “It’s got an amazing line-up of people; some really big names from all across the industry are working on it, some really fantastic writers.”

‘Cthulhu’, as a setting, encompasses many possible options, and we don’t have much more detail for now, except that Modiphius is clearly aiming wide, rather than narrow, with the content of Against The Gods Themselves, as Birch tells us: “it’s a vengeance story against the Old Gods, and it’s going to be all the way through time.” So no biggie, then.

Achtung! Cthulhu, the Lovecraft-meets-Nazis tabletop RPG that made Modiphius’ name when the firm launched in 2012, will become just one segment of the new universe’s sweeping timeline, Birch explains.

“It’s quite a big, epic universe of characters, ancient gods, and creatures,” he adds, “so we’re having a lot of fun”.

There’s also a focus on accessibility, speed and ease of play, it seems.

“We’re going to teach you how to play, from the moment you open the PDF or the book; you’re not going to have to read 30 pages before you start playing,” says Birch.

“We want people to be able to literally buy it and go ‘guys, we’re playing this right now, because I’ve got an hour free before I have to go to the supermarket’,” he adds.

“That instant satisfaction is key.” 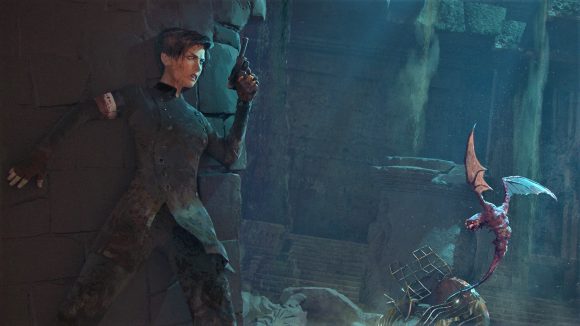 We don’t yet know what that promised streamlined approach to learning rules, and getting into games, will properly look like – but we’ll be watching closely as we learn more about the game (or rather, games).

Modiphius has a standing license with Elder Scrolls and Fallout rights holder Zenimax to make official tabletop games in those universes. Alongside the Fallout RPG, it publishes the miniatures games Fallout: Wasteland Warfare, which dropped in 2018, and The Elder Scrolls: Call to Arms, launched in 2019.

Into cosmic horror in RPGs? Maybe have a look at Death in Space. Otherwise, do take a tour of the best tabletop RPGs around.