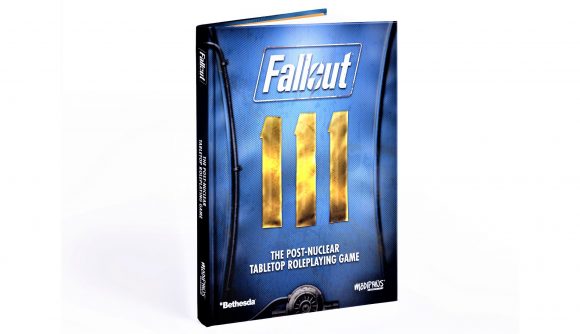 The officially licensed Fallout tabletop roleplaying game got its full release this afternoon, with a range of plush-looking editions now available to buy on publisher Modiphius’ site – and it promises some never-before-seen takes on the Bethesda videogame series’ post-apocalyptic setting.

Modiphius’ founder and publishing lead Chris Birch tells Wargamer the RPG is “aimed at bringing the videogame audience to the tabletop, but it has all the information you need if you’re a complete newbie to the Fallout universe”. He adds they’ve made the game “authentically Fallout; you can play as ghouls and super mutants for the first time”. Quite the selling point for series superfans.

The RPG ranges in price from $52 / £38 for the 400-page core book, to the whopping $260 / £189 Table Bundle, which includes two rulebooks (one special edition, one standard), plus more than one helping of everything that’s yet been made for the game: game master materials, custom dice, bottle caps, and so on. There’s a lot to look through here. Importantly, though, you’ll only get the PDF rulebook and digital materials right away – Birch tells us all the physical stuff is shipping out by the end of summer 2021.

Fallout: The Roleplaying Game works on a 2D20 system that the publisher says has an “easy learning curve”, accessible to tabletop RPG newcomers.

It’s all slathered in brand-appropriate blue-and-yellow design, Vault Boy artworks, and grimy numbered jumpsuits, and features rules for all the main Fallout beasties – Super Mutants, ghouls, robots, et cetera. Mr Handy, in particular, gets special mentions in the publisher’s materials, as the old favourite robot variant is one of the playable character classes. 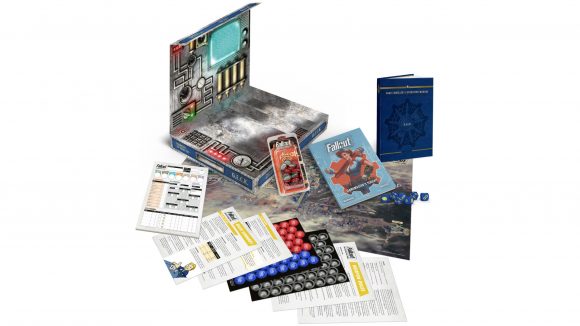 Other player character archetypes, according to a developer blog from March 22, include Brotherhood of Steel members, Survivors, Ghouls, Super Mutants, and Vault Dwellers.

The game specifically boasts rules to make “a host of non-playable characters and horrific mutated creatures” – which hopefully means the makers understand those categories are rarely mutually exclusive in the Wasteland.

And, says Modiphius, all the beloved series’ distinctive weapons, gear and chems have been “translated straight from the videogame”. Sounds encouraging to us. 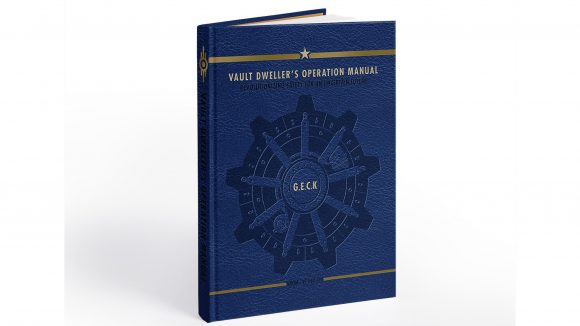 The firm, founded in 2012 by Birch and his wife Rita, also produces the Bethesda-licensed Fallout: Wasteland Warfare and Elder Scrolls: Call to Arms miniatures games – though Birch tells us there’s no plans to integrate Wasteland Warfare miniatures into the official RPG’s ruleset or mechanics.

We’ve got our heart set on exploring further details of this new game system, as Fallout, for our money, is an ocean-deep, narrative-rich fictional universe that’s been crying out for some good tabletop storytelling for yonks.

Expect more details on Fallout: The Tabletop RPG, its mechanics and materials on Wargamer very soon.

In the meantime, if you’ve an appetite for cool new tabletop RPGs, there was a new surreal Sci-fi TTRPG launched on Kickstarter just yesterday. Or check out the classics in our guide to the best tabletop RPGs around.