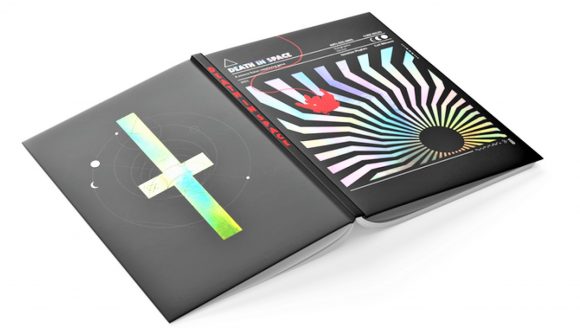 Death in Space, a new sci-fi mercenary tabletop RPG from the makers of the notoriously deadly Mörk Borg, went live on Kickstarter yesterday, and was funded like a shot. As of press time, less than 24 hours later, the campaign has made around $53,000 / £38,500 – coming on for ten times its initial $5,730 / £4,159 target.

Inside the book – which is planned to run to about 128 pages – the Kickstarter campaign page says you’ll get the core rules, generators for your characters and their spaceship (or, interestingly, space station), and an intro to the setting, plus rule systems for repairs, cosmic mutations (gnarly), spacecraft confrontations, and boarding. There’s one introductory scenario to play, too. As for prices, you get the PDF version for a pledge of around $11.50 / £9, the standard print book for $32 / £24, and the cloth-bound Kickstarter special edition for $55 / £41. Copies are intended to ship out in January 2022.

It’s being made by  self-described “independent, creative coven of writers, designers and idiots” the Stockholm Kartell, and published via the ‘Workshop’ sub-label of Swedish roleplaying game powerhouse Free League. Mörk Borg contributor, prolific Swedish RPG figure, and astroparticle physics PhD Carl Niblaeus is a principal writer, along with Christian Plogfors, an RPG zine writer and 18-year veteran videogame level designer, who’s worked on damn near every modern Battlefield game (among other titles). Mörk Borg co-creator Johan Nohr is also in the mix, having assisted on the book’s many illustrations.

Inspired by the OSR (Old School Revival) school of tabletop RPGs – which emphasise speed, simplicity and extreme flexibility over detailed written stories – Death in Space casts you as a ragtag crew of mediocrely equipped spacefarers, in the distinctly rough Tenebris star system.

It’s a tough, dirty, wartorn place, where no tech is new, every spacecraft is cobbled together from scrap parts, and you’re living from job to job. Starting to get the Firefly influence yet?

“In terms of setting and tone, inspiration comes primarily from the gritty science fiction of films like Outland and Prospect, classic westerns and the grimy future of early 80’s science fiction movies.”

Aesthetically, Death in Space looks to be getting its stark, black-and-yellow colour scheme and punky geometric designs from Mörk Borg, its typefaces and wide-shot imagery from 2001: A Space Odyssey, and its maps, spacecraft, equipment, and characters’ looks from locking Firefly and Alien in a room, and telling them they can’t come out until they’ve made a baby.

Mechanically, it’ll use a D20 system, modifying rolls with “one of four ability values,” determined by the task. So far, so D&D.

Void points can be spent to improve dice rolls, or activate supernatural mutations to give your characters new abilities – but saving up too many leads to “nasty consequences”. Starting to get that whiff of 40K’s warp yet? 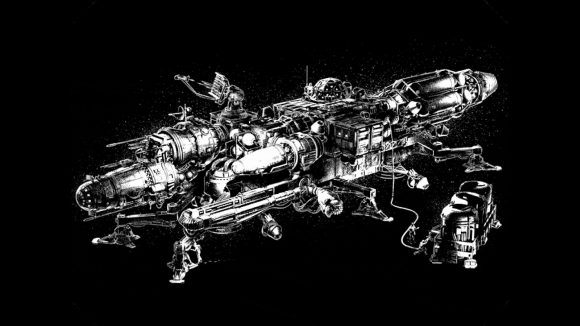 There’s also the compulsory stylish, bleak, electronic soundscape, made by Helium Kid Kanon (with a free sample on Spotify to get the feel of things). This is recommended.

We’ll be keeping a beady, void-mutated eye on this one.

Got a taste for living stories told by dice? Check out our guide to the best tabletop roleplaying games. Or, if you need pointers keeping your games going until lockdown ends, try our Roll20 guide.