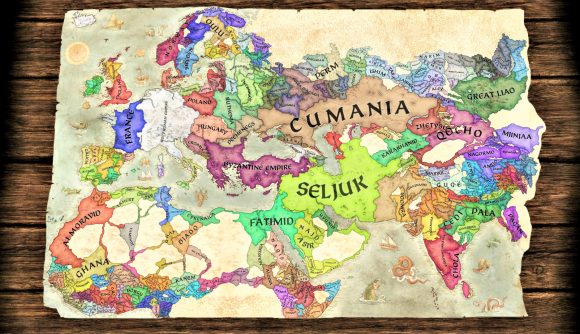 The option to change your realm’s map colour in Crusader Kings 3 has long been a request of players. You can already alter the appearance of your ruler, to create whatever bronzed adonis you wish, but nothing says authority like declaring your style on the global chromatic stage. As part of the ‘cultural hybridisation’ mechanic coming to Crusader Kings 3 in its recently-revealed Royal Court DLC, that won’t be a request much longer.

Speaking to Wargamer, Alexander Oltner, game designer on Crusader Kings 3, said the hybridisation mechanic allows the player to merge two cultures together, creating a new cultural group of their own. Successfully creating a new culture will have several visual flavour effects, and allow you to customise several of its elements.

“Immersion- and flavour-wise, [the new cultures] get new names, and you can name your new culture yourself if you like,” Oltner said. “You can choose its colour on the map, which is actually the first time we allow you to choose your colour on the map in CK.” 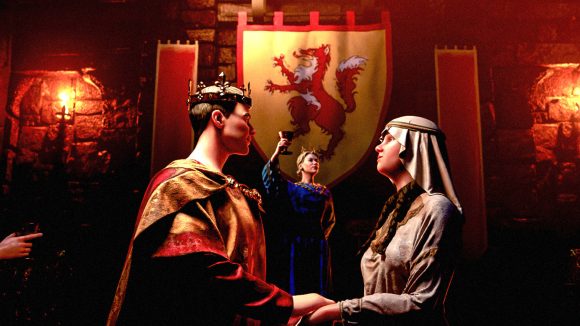 So, while you won’t be able to pick your realm’s colour at the start of a campaign, you can at least work your way up to it. Successfully merging two cultures requires the groups to have sufficient ‘acceptance’ of one another, making it difficult to combine cultures that detest each other’s existence. Depending on who you fancy getting hybridised with, you might be waiting some time.

Up to now, players have had to use mods or a convoluted series of command prompts to alter the colour of their realm in Crusader Kings 3. The hassle of doing so often seemed to defeat the point of what is, really, a very simple decision.

Elsewhere in our interview with Oltner, he revealed how Crusader Kings 3’s cultural hybridisation mechanic takes its cues from history, and is intended to add another layer of simulation to the game.

Look out for our full interview with Oltner, coming soon, in which we dive into the specifics of Royal Court’s frivolity and cultural changes.

Missed the announcement? Find all the details in our news coverage of Crusader Kings 3’s Royal Court DLC. Or, if class struggle is more your flavour, check out the reveal of Victoria 3 instead!