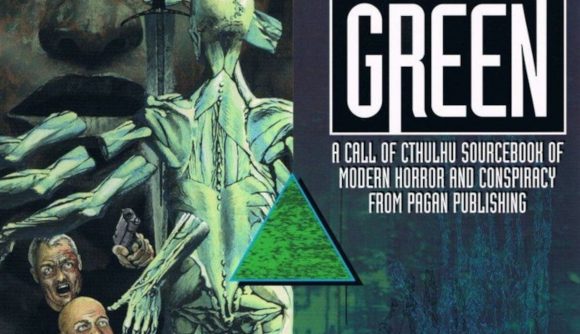 Paranormal tabletop RPG Delta Green is celebrating its 25th anniversary with a revised sourcebook, updating the original 1996 release to fit with the newer Delta Green: The Role-playing Game ruleset. Rearranging the original sourcebook, and adding new artwork to its pages, the book was launched for crowdfunding on Kickstarter yesterday by Arc Dream Publishing, and has already surpassed its funding goal.

Something of a cross between Lovecraftian cosmic horror and The X-Files, the new sourcebook, titled Delta Green: The Conspiracy, contains a range of lore and GM resources for running the setting.

You’ll find an overview of the in-game Cthulhu mythos, and an explanation of the titular conspiracy organisation’s agents and operations. There’s also information on various other secretive organisations that fill the universe, including the fascist Karotechia, the criminal syndicate known as The Fate, the SaucerWatch group of UFO spotters, and the malign network of military operators known as Majestic-12.

The conspiracy-themed RPG has you take on the role of an agent employed by Delta Green, a secretive organisation established to investigate paranormal happenings and save humanity from unnatural horrors beyond space and time. You’ll embark on various government-sanctioned missions, and other not-so-official assignments, to combat various threats, while attempting to maintain your sanity as you come face to face with incomprehensible horrors. 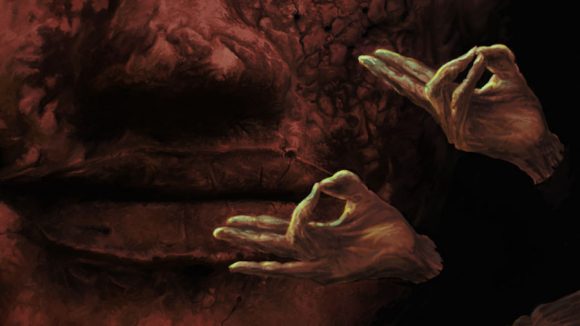 The Conspiracy features the writing of original Delta Green creators Dennis Dewiller, John Scott Tynes, and Adam Scott Glancy, alongside design work from the team who worked on the more recent Delta Green: The Role-Playing Game.

Originally created in 1997 as a setting for the Call of Cthulhu RPG system, Delta Green was relaunched in 2016 by Arc Dream Publishing as a standalone roleplaying game. This new sourcebook is intended to be used alongside the Delta Green Handler’s Guide and Agent’s Handbook (the core rulebooks of the newer RPG), or with the game’s quickstart guide Delta Green: Need to Know.

You can nab yourself a PDF copy of The Conspiracy by pledging $20 / £15 to its Kickstarter campaign, or spend $40 / £29 to also grab a hardback copy and a print version of the RPG’s quickstart guide. You can also splash our $300 / £217 for all other rewards that are unlocked during the crowdfunding campaign. Print releases are expected to ship in April 2022.

Or, if all this Muldering and Scullying isn’t your thing, check out our pick of the best tabletop RPGs to find the next sourcebook for your collection.