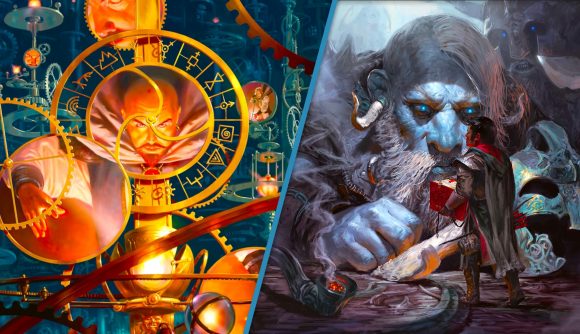 Online D&D platform D&D Beyond confirms in an FAQ article that D&D books Mordenkainen’s Tome of Foes and Volo’s Guide to Monsters will be “removed from sale” on the site. According to the article from Monday, “both books will be removed from the marketplace and removed for sale when Mordenkainen Presents: Monsters of the Multiverse (MotM) is released on May 17”.

Fans of tabletop RPGs who have already bought the sourcebooks on D&D Beyond will reportedly still have access to the texts, but they will be unavailable on the digital marketplace for new players after the listed date. The article also explains the material from both books will remain usable, saying “your previously owned content is not being removed from your account.”

“If you are a Master tier subscriber and own the older content, you can still share it in new and existing campaigns”, says D&D Beyond. Additionally, “any existing characters will not be changed with the release of MotM”, and existing encounters and D&D monsters using material from the sourcebooks will apparently remain intact. D&D Beyond claims the most noticeable change for fans who already own the books will be naming conventions and tags to identify where content can be found.

The FAQ article does not confirm whether physical copies will also be removed from sale. Wargamer has reached out to Wizards of the Coast for comment.

The announcement seems to partially contradict an announcement D&D Beyond made during a Dev Update video on January 21. In this video, D&D Beyond’s head of content Joe Starr confirmed MotM “will absolutely not replace your previously purchased content at D&D Beyond.” “Wizards of the Coast has asked us to take the lead on messaging around this book,” Starr said, “and we are allowing them that – but we did want to make sure you understand that your stuff is not going to get replaced. You’re not going to lose anything when this book is released.”

It appears true that MotM will not replace any content for players who already own Mordenkainen’s Tome of Foes and Volo’s Guide to Monsters, but newer players will no longer be able to access the digital editions of the two older books.

The D&D Beyond FAQ article confirms some D&D races will have updated versions, saying “character races presented in this new book (MotM) are new versions of existing character races”. “Purchasing MotM will not replace older character races, but rather, will provide new ones with updates compared to the originals.” Several other changes are already confirmed in MotM – including reorganised NPC / monster stat blocks, ‘rebalanced’ monsters that aim to better fit their challenge rating, and changes to NPC spellcasters, such as removing the need to track their spell slots.