Huge metal polyhedral objects, compared by some observers to many-sided dice, have appeared in multiple locations worldwide in the past 24 hours. Shared by locals to regional news channels and social media, three images have so far surfaced of these mysterious artefacts – the first on a tiny isle near Gletness, in the Shetland islands, off the coast of Scotland; the second in the middle of Hyde street, San Francisco; and a third near the village of Zebedeus, in the Namibian desert.

While efforts to investigate the artefacts only began at around 4.30am BST this morning (11.30PM EDT / 8.30PM PDT), when the object in the Shetlands was spotted and reported to police by a local resident, speculation is now rife as to their origins. Comparisons have naturally been drawn with the hundreds of sheet metal monoliths reported in locations worldwide in late 2020 – although, if anything, these new artefacts are more puzzling, given their much greater size and weight.

Although the world at large remains mystified by the objects’ odd polyhedral appearance, one group of people seems in no doubt: fans of the tabletop roleplaying game, Dungeons and Dragons (D&D).

“I mean, count the sides – what else are they supposed to be?” he adds.

“What gets me is how they put the things there overnight.” 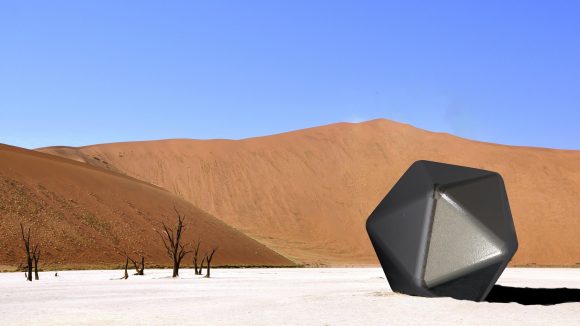 We ask him who he thinks “they” are in this situation.

“Well, aliens, obviously!” Paul replies – “or Wizards, I suppose.” He means Wizards of the Coast, the Hasbro-owned publisher of D&D, which uses the 20-sided dice as a main game tool.

Get your own: These are the best D&D dice sets out there

Wargamer has approached Wizards of the Coast for its take on the phenomenon, but the firm has so far declined to comment. However, one Wizards insider, who asked to remain anonymous, tells us the company may have been involved.

“I can’t confirm or deny it for sure, and I don’t know why, whether it’s a marketing stunt, or what,” they tell us in a private Whatsapp call.

“But I’ve heard rumblings of a ‘Project Natural 20’ for a while; it seemed a bit of a secret” they add. 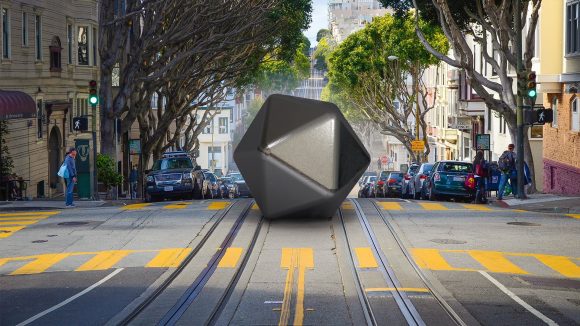 “I just thought it was some new rules system, but now I think it might be this – as to what the point of it is, I couldn’t tell you.”

“And how would we even have got these dice things out there? It’s like magic.”

Small is beautiful: Find the best D&D miniatures for your games

While the San Francisco object has reportedly now been moved to a secure location for testing, as far as we know, the ones in Gletness and Zebedeus remain in situ, with local authorities in attendance.

Has this bizarre phenomenon got you thinking about playing the world’s biggest tabletop RPG? You’re already in the perfect place – get started with our D&D classes guide, to roll the right character for you; or check out our Roll20 tutorial, and learn how to take your dungeoneering online.