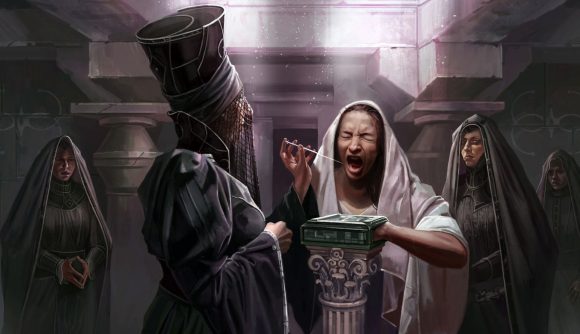 Dune: Adventures in the Imperium has a boxed starter set on the way. Announced by publisher Modiphius yesterday, the Agents of Dune Beginner Campaign Set will include introductory materials for the tabletop RPG adaptation of Frank Herbert’s famous sci-fi novel series, and is scheduled to release in the first quarter of next year.

Similar to the starter boxes of other tabletop RPGs, Agents of Dune has been reportedly designed to let you pick up the game with no preparation, handing you a bunch of player resources and GM materials to learn as you go. Inside you’ll find pre-generated player characters, reference cards for NPCs and assets (the various tools, resources, and materials you’ll acquire as you play), a 120-page beginner adventure, five d20s, and an assortment of tokens.

The included adventure will centre on Dune’s most famous planet, Arrakis, and have players take governorship of the arid waste from House Atreides (the central family of the original Dune novel). Controlling Arrakis, you’ll have to defend your house from Imperium schemers attempting to undermine your position, overthrow your house, and claim the planet’s coveted ‘spice’ for themselves.

Also included in the starter set is a PDF copy of the game’s core rulebook. A 300-page tome, the weighty book contains resources for creating a player character and your party’s ‘noble house’, gameplay rules, lore explainers covering the breadth of the Dune universe, ready-made NPCs, GM advice for running and creating campaigns, as well as a pre-made adventure. 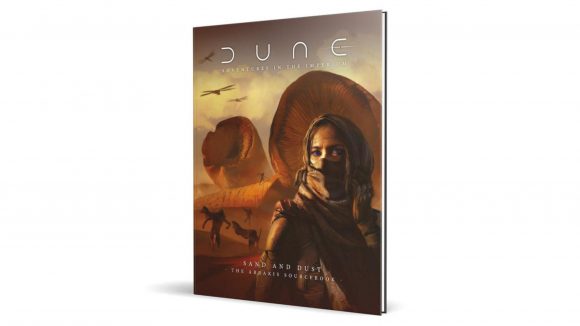 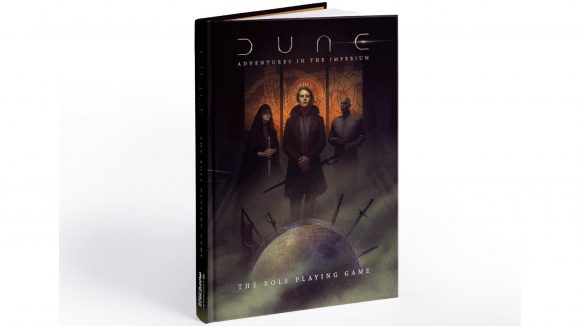 In addition to the starter set, Modiphius also announced the release of the game’s first sourcebook, Sand and Dust. Again centring on Arrakis, it will include explanations of the history of the planet and its two major cities – Carthag and Arrakeen – and details of the Fremen who inhabit its surface. For GMs, it will also cover story hooks for creating your own Dune campaigns, and a pre-written adventure to involve your party in a plot surrounding a deadly water shortage.

On the player side, the sourcebook will add new melange-related talents and abilities, more options for playing Fremen characters, and rules for riding Dune’s colossal sandworms – presumably for those who like to show off, or have a flagrant disregard for safety.

Scheduled to release in December this year, Sand and Dust is up for pre-order for $40 / £29.99 through Modiphius’s webstore. 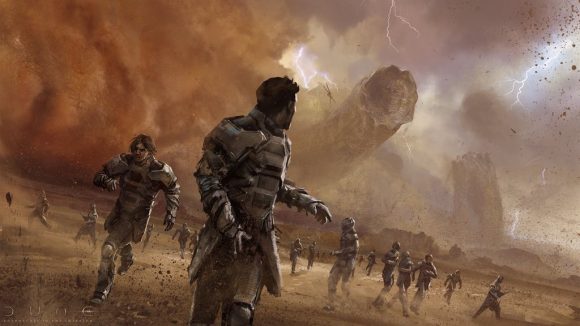 “And now with Sand and Dust players are going to be able to deep dive into the types of adventures they can explore there.”

Dune: Adventures in the Imperium was released digitally and physically earlier this year. Built upon Modiphius’s 2d20 system – used in several of the publisher’s other RPG releases, such as Mutant Chronicles and Dishonored – players will adventure across the Imperium and its many planets.You’ll create characters belonging to a custom noble house, or can choose to play as a member of one of Dune’s iconic factions, such as a sister of the Bene Gesserit, a Mentat, or agent of the Spacing Guild.

Gameplay is split across two levels: agent-level, which allows you to thrust your character directly into the action and get your hands dirty; or architect-level, through which you can command agents of your house and vast armies to skirmish on your behalf.

If the vast universe of Dune doesn’t cut it for you, check out our guide to the best tabletop RPGs, and find another title that suits your collective-storytelling fancy.