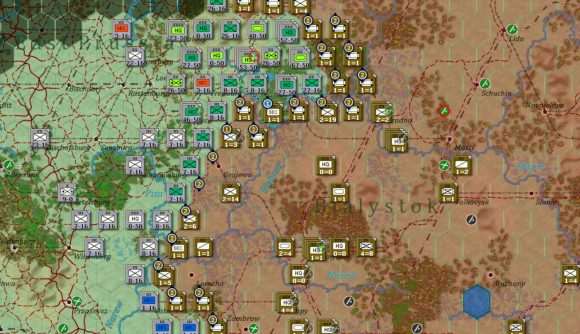 Much-anticipated behemoth World War 2 wargame Gary Grigsby’s War in the East 2 went live for pre-order yesterday on publisher Slitherine’s website, revealing new release details for the upcoming game. The sequel to the beloved digital hex-and-counter wargame is slated for release on March 25, and can be pre-ordered now for $80 / £60, currently with a 10% discount. A limited-stock, 520-page hardbound manual can be pre-ordered for an additional $20 / £15.

While the exact date is not yet listed on the game’s webpage, the final step in the game’s pre-order process shows War in the East 2 is expected to release on March 25. The game looks to build upon and improve all major elements of the first War in the East, providing a “more realistic, more historically rich, and more challenging strategy experience”, according to Slitherine.

The manual provides full explanations of the many features and mechanics of War in the East 2, and purports to be “the largest and most comprehensive manual ever printed” for a Slitherine game. Produced alongside the game’s development, it’s intended to fully document all its basic systems and advanced mechanics, as well as including additional designer notes and appendices.

The first batch of physical manuals will begin shipping on April 16, and continue shipping in early May. Although the physical manual is only available to purchase while stocks last, a PDF version comes bundled with every copy of the digital game. 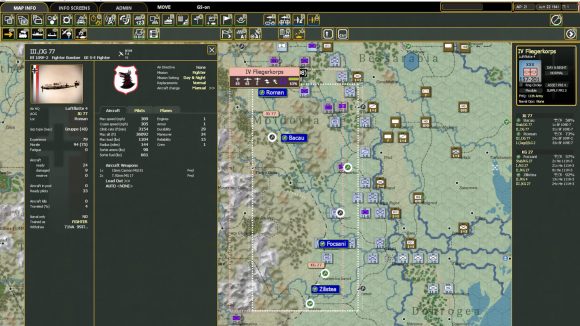 War in the East 2 is the sequel to the highly acclaimed, and highly complex, operational wargame Gary Grigsby’s War in the East, also developed by 2by3. Handing you control of the entire Eastern Front of World War 2, across seven operational scenarios of various geographical locations and lengths, as well as three full campaign maps, the upcoming sequel will reportedly feature improved AI, more historically accurate maps, advanced gameplay management systems, and numerous quality of life improvements.

The game was first revealed last December during a Twitch live stream, but this is the first news we’ve had on its release date. 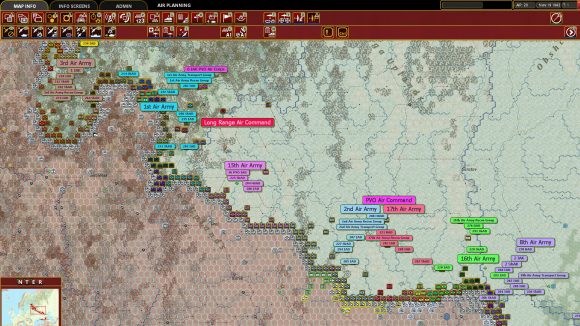 We’ll keep you updated with any more news as it’s announced, but in the meantime, why not read our guide to the best WW2 games, or have a peek at our picks for the best war board games to scratch that operational itch?