The biggest addition is the new melee combat system, which brings close-combat fighting to Hell Let Loose for the first time. You can now perform a one-button melee attack – quickly drawing a melee weapon, including shovels and knives, and slashing in front of you – or equip your chosen accessory to your hand for prolonged rampages.

Writing in a Steam blog post, developer Black Matter said the melee system has been implemented to reproduce the brutal, fast-paced melee fighting of World War 2. To replicate this brutality, and to encourage players to use the new combat system, melee combat operates on a one-hit-kill basis, with no opportunities for blocking or parrying. The developer said melee will likely prove most use during flanking manoeuvres, when you need to quickly dispatch your enemy.

Elsewhere, the MG34 machine gun has been added for the German Machine Gunner. Based on its real-life counterpart, the weapon lends itself to narrow, focussed fire, and has been designed with low recoil, but a slower rate-of-fire compared to its replacement model, the MG4. Barbed wire has also seen a rework. Crawling through wire will no longer damage you, but cause noise to audibly alert the enemy to your presence, while slowing you down to make you easy pickings. Further, player-placed barbed wire has been updated with taller stacks that entirely block the path of enemy players. 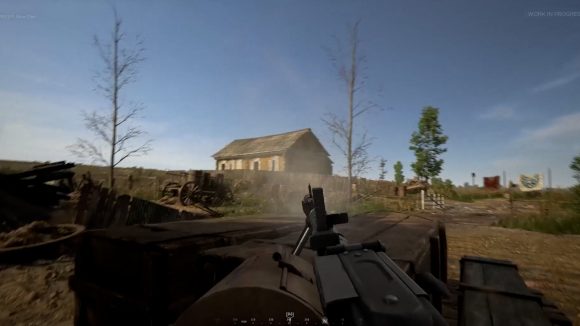 While this update hasn’t introduced new maps, it has added Offensive modes for both US and German forces to the existing Utah Beach map, challenging one team to capture all objectives from the defending team before time runs out. In their Offensive mode, the US forces will land via boat, imitating the beach landing of the Omaha Offensive mode. Numerous minor changes have also been made to the gamemode, including the ability to see which team is attacking from the server browser, and shortening the time taken to capture strong points.

Changes have also been made to the game’s armour system, the maximum player level increased to 500, and minor quality of life improvements implemented, including cleaner sniper scopes. 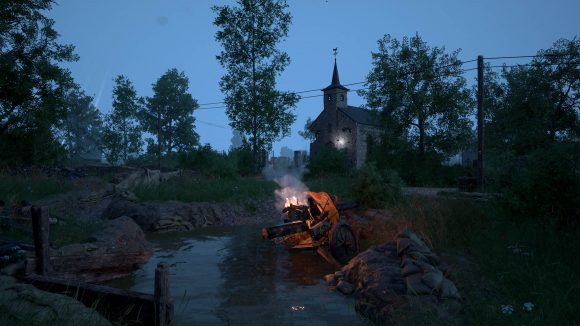 Last week, developer Black Matter announced in a Reddit post that Hell Let Loose will be making its way to consoles. Development of the console version will be headed by separate studio Flix Interactive, which has previously worked on pirate adventure game Sea of Thieves, while Black Matter continues work on the PC game. Currently only available in early access on Steam, the Reddit post said the developers were keen to take advantage of the technical capabilities of the new generation of consoles and expand the game’s reach.

“Ultimately, launching on consoles will establish a larger playerbase for the title, as well as the financial resources to enable us to continue scaling the team to support the ongoing development,” the post said.

“We don’t think of Hell Let Loose as a title that would be finished and abandoned – but more as a continually supported and expanded title – with fixes, optimisation, new fronts, new Commander abilities, new vehicles, new weapons and much more,” it continued. 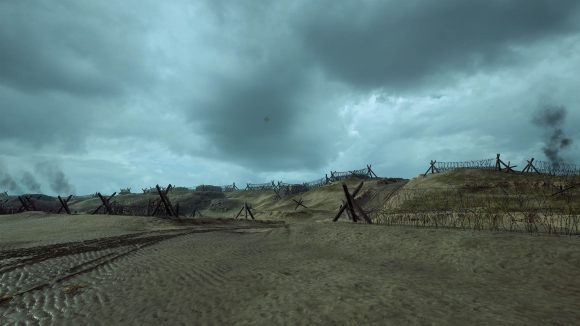 The post promised the console version would not alter the “Hell Let Loose recipe of time-to-kill, minimal HUD, and all the other aspects that define the game”, and would support crossplay between consoles, but not PC.

Release details for the Hell Let Loose’s console version are expected to be announced in the coming months.

Released into early access in 2019, Hell Let Loose styles itself as a “hardcore” squad-based shooter, recreating some of the iconic battles of WW2 in huge 50 vs. 50 multiplayer skirmishes. The game prides itself on realistically simulating warfare through historically accurate gunplay and vehicles, encouraging communication with teammates, nd modelling its multiplayer maps from real reconnaissance and satellite imagery.

Much like other competitive shooters, you can choose from 14 playable units that bring unique weaponry and abilities (such as a scout, officer, medic, and engineer), and customise your loadout and cosmetics as you level up in-game. Future early access content has been announced, including a campaign mode, Russian forces, and new maps.

If you enjoy realistic shooters simulating the tactical depth of warfare, read our guide to the best tactical shooters.