After spending years on the sidelines of the fantasy tabletop wargame, Kings of War’s lizardmen-esque Salamander and stout Halfling forces are getting full army releases. Fully revealed in a publisher blog post yesterday, Mantic Games has announced a full army roster for the Salamanders releasing in June, and teased a few Halfling units coming this Summer – with rendered miniatures to boot.

The new Salamander army will be composed of a mix of conversion sculpts, combining existing sprues and additional pieces to create new builds, and wholly new units. It doesn’t look like a huge departure from the existing handful of Salamander models, including the same anthropomorphic reptiles, dinosaur-like beasties, and lots of bones, complete, of course, with fanciful names like ‘Scorchwing Regiment’ and ‘Ghekkotah Slasher’.

We’ve got a glimpse of some of the new units, including Unblooded heavy infantry; the rhino-dinosaur-hybrid Rhinosaurs, and their attendant riders; the Ghekkotah Skylord, riding a fire-laden Scorchwing; and the Ghekkotah Slasher, boasting a mounted ballista on the back of the massive reptile, and which Mantic Games says is a variation of the Goblin Slasher miniature.

Take a look at the full list of new Salamander minis below:

Alongside the Salamanders, Mantic has released details of the new Halfling army, introducing the stout warriors as a separate faction to Kings of War Third Edition, rather than keeping them as meer additions to the League of Rhodia.

Details are sparser for the hobbits, but we’ve got a look at one musket-wielding infantry set, and another cavalry unit. Except the cavalry unit isn’t actually a cavalry unit at all, but is made up of halflings riding muzzled dogs. A couple of them are even wearing top hats. Could halflings be the most stylish fantasy race? Probably. 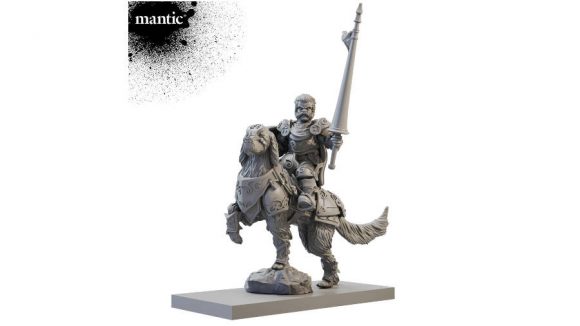 In-keeping with the silliness, the halfing’s new hero unit, Muster Captain, will also be riding a giant canine.

Mantic Games also announced minor releases coming this year, including new elementals to field with the Salamander forces, additional drakon minis, and a new ogre warlock sculpt, all coming in May. 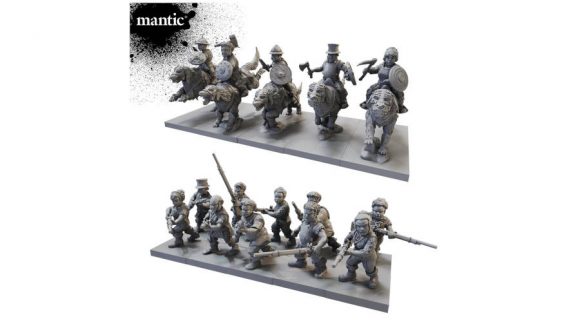 Kings of War Third Edition was released in 2019, overhauling the game’s ruleset and introducing new factions to the fantasy tabletop wargame.

If Kings of War isn’t your fantasy flavour, read our Age of Sigmar armies guide, or check out our walkthrough to the numerous Age of Sigmar starter sets to begin your journey in the Mortal Realms.