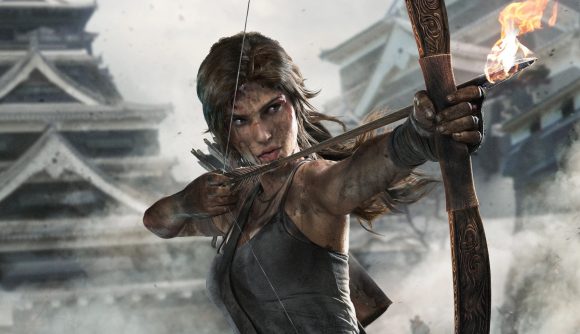 In celebration of the franchise’s 25th-anniversary, publisher Square Enix has revealed an official Tomb Raider tabletop RPG is in development. Lara Croft’s Tomb Raiders will have you assume the role of treasure-hunting adventurers pursuing leads on behalf of Lara Croft, and is scheduled to release later this year with a core rulebook and pre-written adventure.

In the game, you’ll be exploring ancient sites to uncover hidden artifacts while looking for clues to continue down the rabbit hole. Square Enix says campaigns will focus on knowledge, language, and investigative elements alongside action, in an effort to keep the tabletop game true to its roots. Also, the player managing the game won’t be referred to as the Game of Dungeon Master, but as the ‘Raid’ Master.

Described as a passion project, the game has been developed by senior technical designer Matthew Gaston, who’s been tinkering away at it since 2007. Gaston has contributed to Tomb Raider video games for the best part of ten years, working as senior software engineer on the 2013 reboot, and lead player programmer on its 2015 follow-up, Rise of the Tomb Raider.

Four interior page spreads were released alongside the announcement. They show, what appears to be, several enemy stat blocks, and suggest the game will be based on an original roleplaying system, rather than a conversion of an existing license.

Each enemy – a shark, bear, zombie, and scholar – has a core combat statline, including a defense, resilience, and wounds rating; specific skills, such as swimming and ferocity; special abilities, including stunning or charming their enemies; and a ‘tactics’ section, which provides advice to Raid Masters on how to use the enemies in combat encounters. 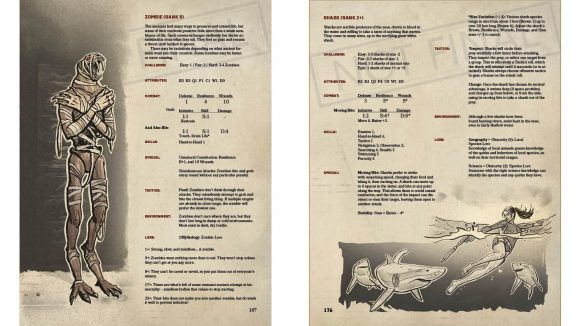 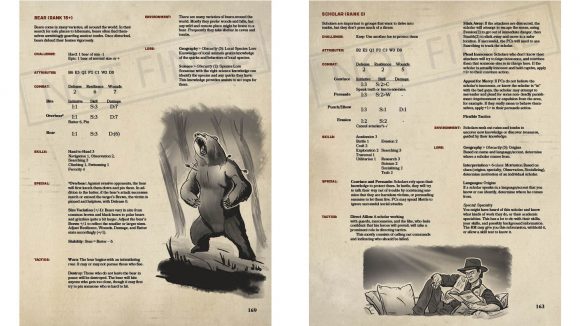 Lara Croft’s Tomb Raiders’ core rulebook and first adventure, Mark of the Phoenix, will be released later this year as a “holiday gift” to fans, according to the official Tomb Raider Twitter account, although no pricing or exact release date has been confirmed.

The Tomb Raider RPG isn’t the only peculiar item to come out of the series’ anniversary celebration. An official Tomb Raider cookbook and travel guide is also available to purchase, featuring over 40 recipes from the many locations Lara Croft has visited on her travels. It includes such delicacies as Jollof rice from Ghana, Mango Lassi from India, and Beans on Toast from England.

While you’re waiting to bring Tomb Raider to the tabletop, have a peek at our pick of the best tabletop RPGs to dig into. There’s a lot more out there than just Dungeons and Dragons.