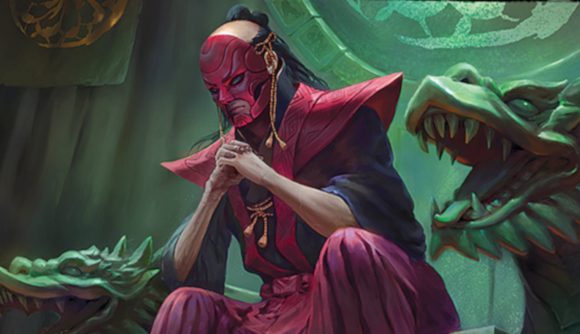 East-Asian-themed fantasy living card game Legend of the Five Rings will be discontinued in May this year, after the release of its next expansion pack, publisher Fantasy Flight announced yesterday in a blog post. No specific reason was given for ending the game’s end of development, but the firm hinted that more games set in the world of the Legend of the Five Rings would be incoming.

In the blog post, Fantasy Flight said the final expansion pack, Under Fu Leng’s Shadow, was intended to complete the living card game, and capstone its development. The Under Fu Leng’s Shadow expansion includes 271 new cards and introduces a new, playable Shadowlands faction. Fantasy Flight made clear, however, that the end of development of the Legend of the Five Rings card game was not a death knell for other games set in its long-standing and lucrative Emerald Empire setting.

“Players will discover even more opportunities to interact with the story of Legend of the Five Rings through these other games.” 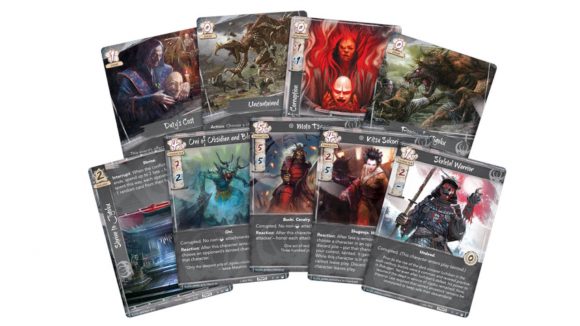 Elsewhere in the blog post, Tyler Parrott, Lead Developer for Legend of the Five Rings: The Card Game, said he still saw a future for the game, despite it being discontinued.

“I’m excited to see what the community comes up with,” Parrott said.

“After all, Legend of the Five Rings: The Card Game may not be in development by Fantasy Flight Games anymore, but the game still exists, is still fun to play, and has a passionate community of players who can certainly keep shaping it into exactly what they want it to be.”

“I know this is not the end of Legend of the Five Rings: The Card Game,” Parrott added.

“It has had a fantastic run, and I believe it still has a bright future.” 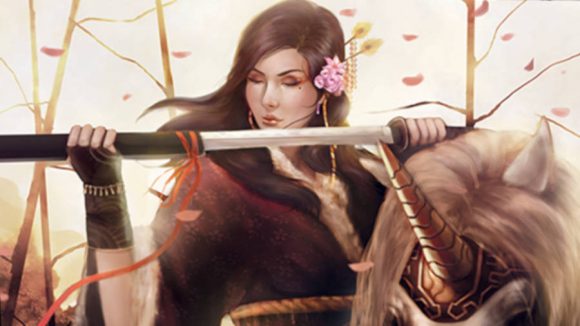 Head of Story Katrina Ostrander also celebrated the game and the breadth of community involvement in its narrative development, but lamented the impact of the Coronavirus pandemic.

“There are times where I wish we could have done more to involve the player base, especially after losing a year of events to the COVID-19 pandemic,” Ostrander said, “but that doesn’t change the fact that you guided the story to this point.”

Fantasy Flight acquired the rights to publish Legend of the Five Rings in 2015, taking over from the game’s original publisher, Alderac Entertainment, who launched the game in 1995. Under Fantasy Flight, the original Legend of the Five Rings collectible card game was rebooted as a living card game, and made incompatible with the previous iteration. 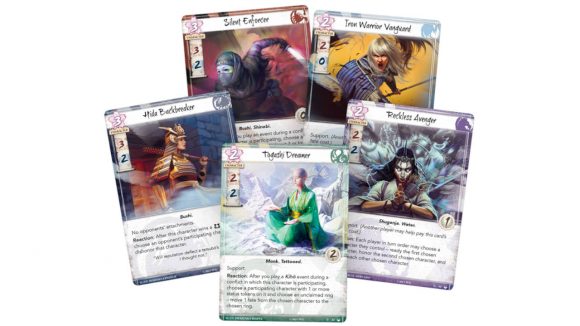 While the game has many similarities to collectible card game (CCG) behemoth Magic: The Gathering, it placed a particular emphasis on narrative world-building, with each of its expansions progressing the story of seven Great Clans fighting for domination over Rokugan, the game’s setting.

Fantasy Flight also publishes the Legend of the Five Rings tabletop roleplaying game, which features in our guide to the best tabletop RPGs.