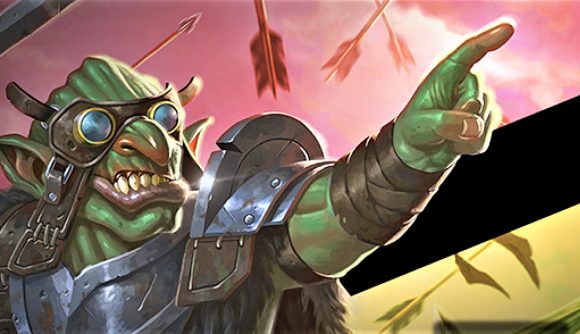 Jumpstart, a month-long in-game event in Magic: The Gathering Arena that focuses on simple, no-fuss deck building and quickfire matches, returns to the game tomorrow, according to a Magic official blog post on Wednesday. It includes 41 new Basic Land cards, unlocked by playing through the event multiple times.

Jumpstart 2021 will last from Friday, June 4 to Thursday, July 8, and you’ll have to pay either 2,000 gold or 400 gems in MTG Arena’s in-game currency to join. In terms of prizes for winning games, the event is a little light – you’ll get one rare individual card from the Jumpstart card list for winning your first game, another for your second win – and that’s your lot.

But collector types will probably be more interested in the event’s roster of 41 unique Basic Land cards, which you’ll nab purely by taking part. In Jumpstart, you’ll first pick two sealed, 20-card “themed packets” (each named things like “Archaeology”, “Minotaurs”, or “Vampires”) which will fuse together to become your deck. Each of these packets contains one of the new Basic Lands – so, by taking part, you’ll get two right off the bat. There are also five Planeswalker themed packets you can choose, each of which have one of the Showcase Lands from Magic’s Core Set 2021.

The blog post explicitly says, though, that if you want all the new Lands (or, indeed, to earn more than just two rare prize cards for all your tasty wins) you’ll have to retire from the Jumpstart event, and buy back in again, with another 2,000 gold or 40 gems.

When selecting a themed packet, you’ll also get a preview of the unique Basic Land, and a little tick mark to show whether you’ve already got it  – so that collectors can more easily go through the event multiple times to catch ’em all. You don’t get something for nothing, as the saying goes. 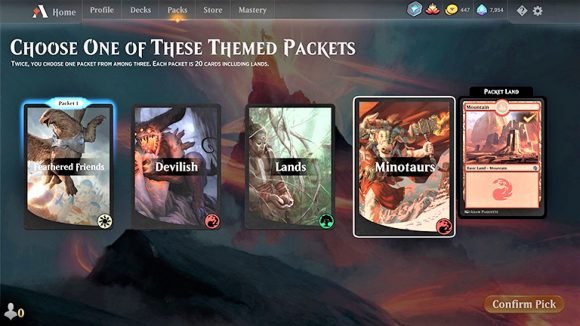 On the upside, before forking out a single GP of your fantasy cash, you can get a good look at all the lovely artwork on those unique Lands – and precisely which packets you’ll find each one inside – by scrolling to the bottom of the handy Jumpstart card library that publisher Wizards has made available. Magic’s masters are, as ever, benevolent gods.

As for what else is inside each themed packet, Wizards says there are “121 possible 20-card lists inside any given packet” to ensure all the event’s mashed-together decks contain a good amount of variety to keep games fresh.

All the possible combinations are based around a roster of core decklists, however, which are also handily laid out in the blog post, along with a table explaining the 20 cards from the tabletop set being swapped for alternatives in MTG Arena, to account for the slightly different metas. 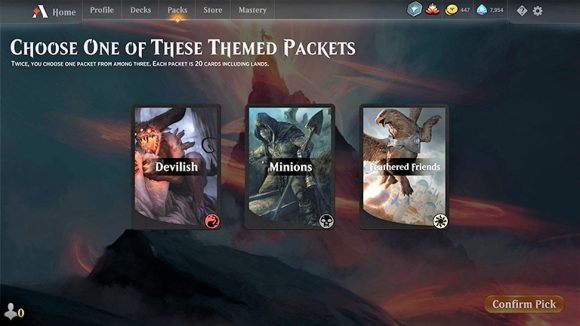 In a brief FAQ portion, Wizards also confirms that:

If the sound of quickly throwing together two themed packs into a ready-made deck, and throwing down against the internet’s finest appeals – you can start playing Magic: The Gathering Arena for free right now.

Plus, to help you get started, here’s a handy list of codes for free MTG Arena packs, items and more. Don’t say we never get you anything.