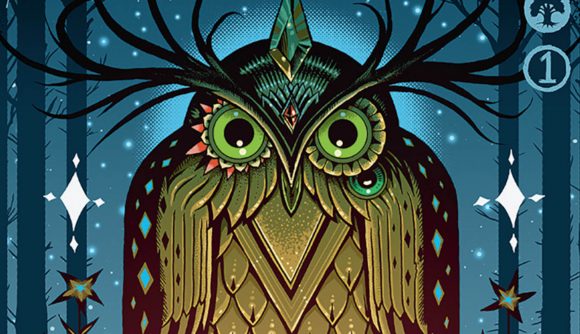 Magic: The Gathering is getting its groove on, with the next drop in its line of Secret Lair premium boxed sets aping the aesthetic of 60s gig posters. Revealed in an official blog post, the new set features five cards illustrated in the style of psychedelic concert posters, and will release alongside a separate drop of satirical land cards, which feature a single block of descriptive text rather than any artwork. The new drops will be available for pre-order from May 28.

The music-themed set – entitled Our Show Is On Friday, Can You Make It? – includes one card of each mana colour, given a psychedelic makeover by a group of international artists experienced in illustrating gig posters and other music-related artwork. Wrath of God has been re-illustrated by Jermained Rogers, Decree of Pain by Ian Jepson, Gamble by Sam McKenzie, Nature’s Lore by Jeff Soto, and Preordain by Alexis Ziritt.

Each card is heavily stylised to ape the aesthetic and format of a concert poster. Weird characters form their central subjects, each card’s name tops the artwork and is written in a band-name-like typeface, and the card’s descriptions are styled as tour dates and gig info. In typical avant-garde musical form, there’s also some strange imagery floating around, including the demonic Baphomet, a three-eyed owl perched in a glistening forest, and an exploding skull.

Speaking to NME, the artists cited several influences behind their designs, including pulp comics, B-movies, and classic fantasy. Each artist has previously worked on several music- or gaming-related projects, with Rogers having created posters for the bands Radiohead, Tool, Nine Inch Nails, Childish Gambino, and other big names, and Jepson previously creating loading screens for Fortnite. 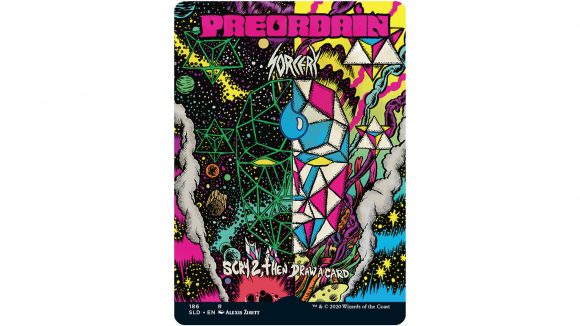 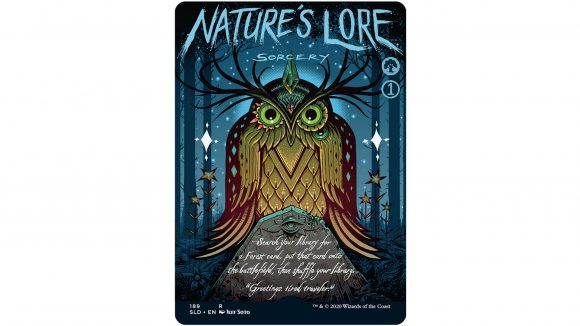 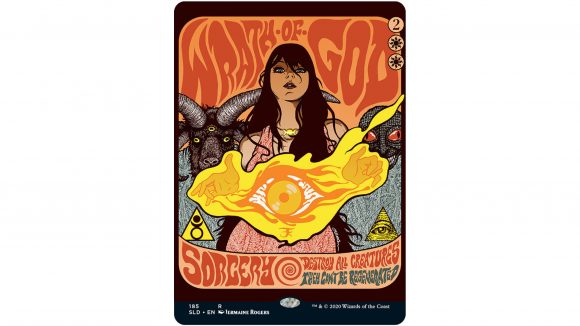 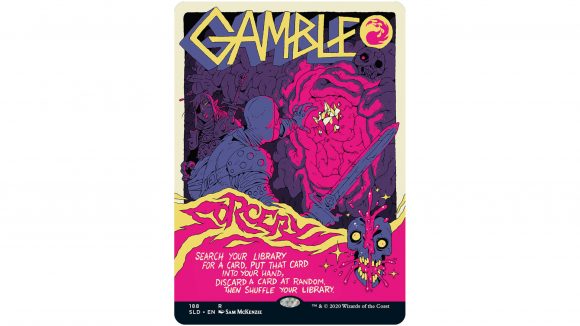 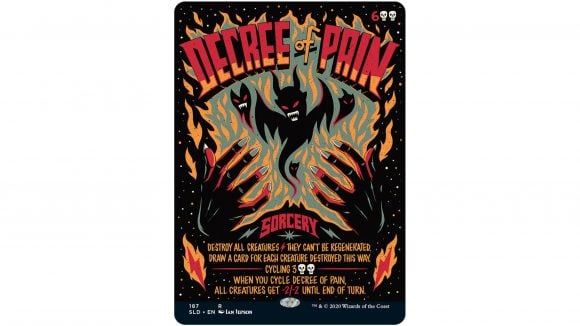 “I was given a lot of freedom to execute my artistic vision,” said Rogers about the creative freedom he was handed during the project.

“Working with Wizards Of The Coast was so refreshing, as they give you the space to comfortably go through the process of mining and refining ideas,” he added.

“Your boundaries are established right away, and they are pretty spacious. So there is a freedom of expression that is gratifying. It’s a chance to add your personal odour to the expansive Magic universe.”

Also announced was, the obviously very silly, Full-Text Lands drop. Something of a tongue-in-cheek boxed set, the new drop features five land cards. Except these Land Cards don’t have any artwork, and in place of the usually gorgeous, intricate, and sweeping landscapes that would adorn them, is nothing but a single block of dry, explanatory text. 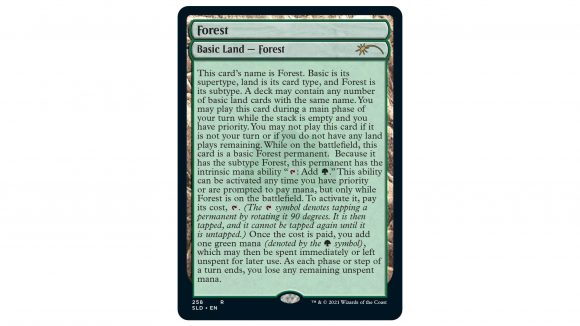 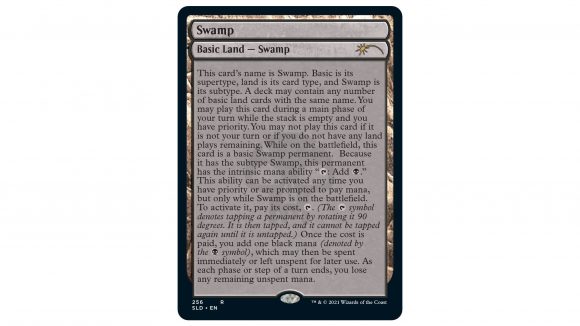 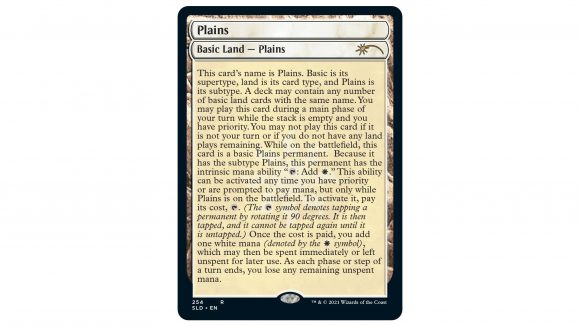 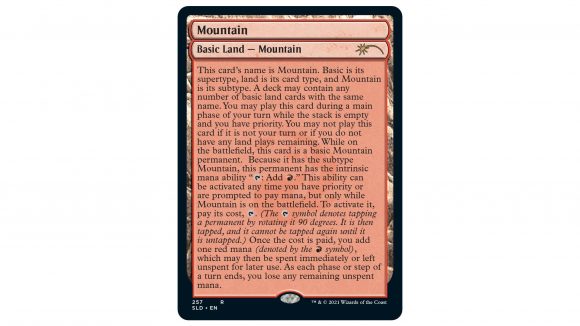 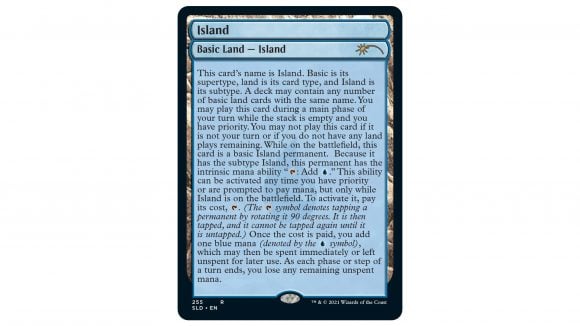 Initially revealed by satirical gaming site Hard Drive, the set has been confirmed as real by Wizards, who says you can “express your love for rules and literally nothing else with the most informative lands the game has ever seen!”

The new Secret Lair drops will be available to pre-order from the official Secret Lair website from April 26 to May 28, in foil and non-foil variants.

Love gigs but don’t play MtG? Read our guide on how to build a Magic: the Gathering deck to get started.