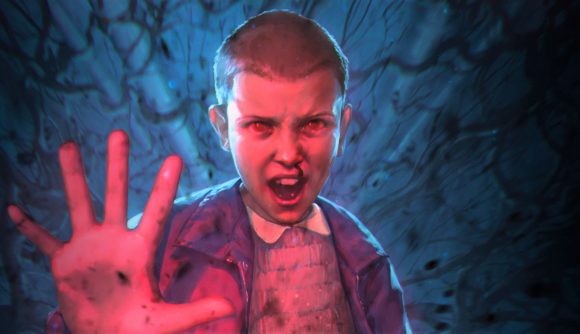 This Magic: The Gathering fan has gone above and beyond to build the ultimate Stranger Things Commander deck. Starting with the official MTG cards from the Secret Lair x Stranger Things drop, Reddit user Potatowheelchair has made a deck where all 100 cards fit the theme of the show. And it is excellent.

They describe the deck as “a labour of love”, and it shows. Potatowheelchair’s been extremely thorough here. They’ve not only included the Secret Lair Stranger Things cards and cards from the D&D sets and SLs, they’ve also created a load of their own alters, swapping every card name and image out for a thematic character, location, or other element from the show.

The alters themselves show a lot of creativity. For example the deck’s Mountains (yes, even the basic lands have been altered) include Sattler Quarry, where Mike nearly takes a tumble in Season 1, and a mountainous stack of Eggo waffles. And, of course, every card has flavour text. We think the cherry on top is the deck’s lovely card sleeves – a custom graphic of the words Magic: The Gathering written in the Stranger Things font.

The fan’s Stranger Things deck, which you can see in full here, is led by Eleven, The Mage (who else?). The Redditor says they picked out cards and then matched them to characters, so the deck – while janky – is fairly coherent. 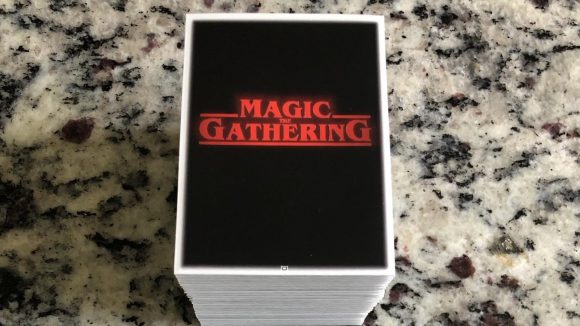 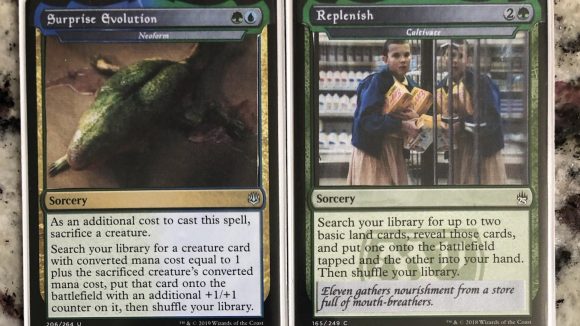 “The goal of the deck is to take advantage of Eleven’s ability and cheat out a few high MV instants and sorceries, as well as a Pod package that works very well with Mike,” Potatowheelchair explained when sharing the deck. As such it’s got a number of powerful spells, such as Conflux (renamed to Assemble the Party) and Clock Strikes Four (Actual name: Ruinous Ultimatum). Meanwhile, Birthing Pod is the creepy steelworks where the mindflayer laired, and Prime Speaker Vannifar becomes Dr Brenner.

Potatowheelchair says creating the deck took “a lot of time and patience… and a lot of Photoshop, printing, and sliding the alters in between the actual cards and a perfect fit sleeve” but that the result was worth it. “Matching the characters to creatures and writing all the flavour text was incredibly fun,” they say. 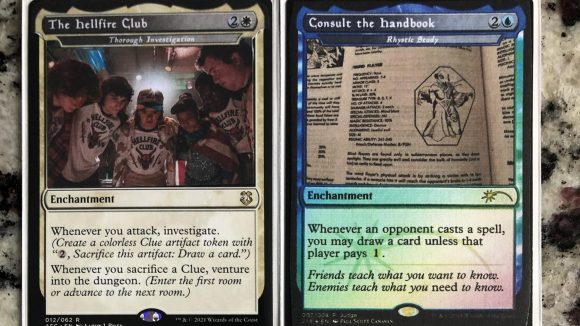 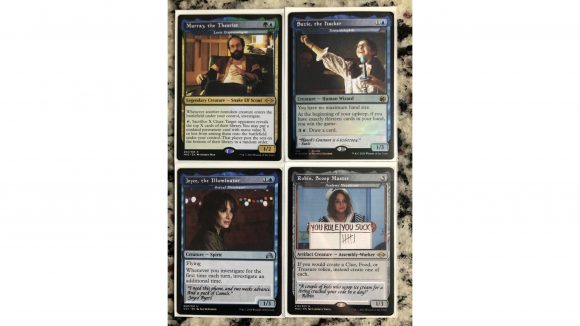 They add that they’ve reached a point with EDH where “massive flavour wins trump actual wins any day” (everyone gets there eventually). That said, with some solid ramp, removal options, and a few spells that can end the game in short order, this thematic deck is no slouch. “I have played it three times and it has actually won twice,” Potatowheelchair admitted. “A pile of resilient jank, it is!”

While almost every Stranger Things character is represented in this MTG deck, there is one extremely glaring omission. “Trust me. My #1 priority is searching for a good Eddie,” Potatowheelchair told commenters on Reddit. “It’s the only thing I care about at this point.” Any suggestions?