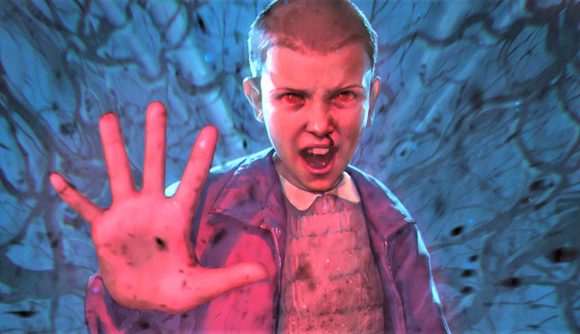 Magic: The Gathering’s next Secret Lair limited edition mini-set will be a crossover with Netflix’s smash hit paranormal drama series Stranger Things, publisher Wizards of the Coast revealed on Wednesday. The set is on the way later in 2021.

The collectible set was announced as a brief item in a three-hour livestream for Netflix’s Geeked Week event, showing off two pieces of card art, for the Magic card renditions of Eleven, and the Byers’ House, respectively. Sadly, we’ve no full card spoilers yet, and no specific release date beyond “later this year”. Boo.

However, in Wednesday’s episode of Wizards’ Good Morning Magic Youtube show, presenter Gavin Verhey did reveal a chunk more detail about the Stranger Things cards – including that they were “not intended for competitive constructed play”, but rather targeted at collectors, and Commander players. Verhey also clarified, at length, that the Stranger Things Secret Lair drop, as a ‘Universes Beyond’ crossover, would conform to Wizards’ new structure for such releases, to strike a balance between limited edition card collectors, and universe-loyal Magic players, hungry for new additions to their in-game decks.

“It required a great degree of caution,” Verhey added; “there has been a ton of feedback about this kind of stuff in the past.” 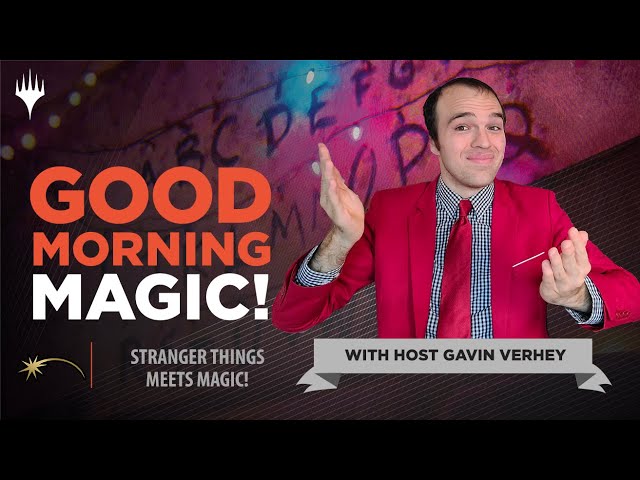 As such, there will be both Stranger Things versions of the cards, and “in-Magic” versions which work the same mechanically, but have altered, universe-appropriate names and artwork.

It’s the same basic treatment that was applied to the Godzilla-themed cards featured in 2020’s Ikoria set, and, Wizards announced this week, the approach it will be taking for the upcoming Warhammer 40K crossover cards.

Apparently in response to some fan disappointment at spiffy new cards only being available inside premium, promotional Secret Lair products, the reskinned, ‘in-Magic’ flavours of these cards will now also be added to “The List”. 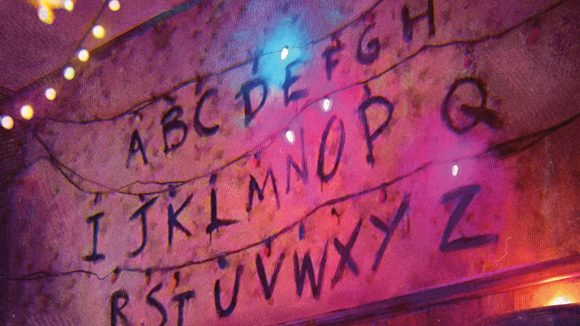 This means they’ll crop up in randomised Set Booster packs for Magic’s regular sets – and given a slightly higher frequency than normal, to give players a better chance of pulling them. They won’t start finding their way into the boosters until six months after the Stranger Things Secret Lair drops, however.

First broadcast in 2016, Netflix’s Stranger Things has released three seasons so far, with season four due to premiere in 2022. To stay up to date on when you can return to Hawkins, check out the Stranger Things Season 4 guide over on our sister site, The Digital Fix.

Check out some of the previous Secret Lair card drops for Magic – this year we’ve already seen limited edition cards for Black History Month, and a set inspired by psychedelic gig posters.

Alternatively, if you want to leap back into Magic, the quickest way is with the free-to-play digital version – you can play MTG Arena for free, right now.